Titian masterpieces to be displayed together in major traveling exhibition

Titian’s series of large-scale mythological paintings, also known as the “poesie,” will be brought together for the time since 1704.

Five of the six Renaissance paintings will be on show at London’s National Gallery next year, as part of the exhibition “Titian: Love, Desire, Desire”. 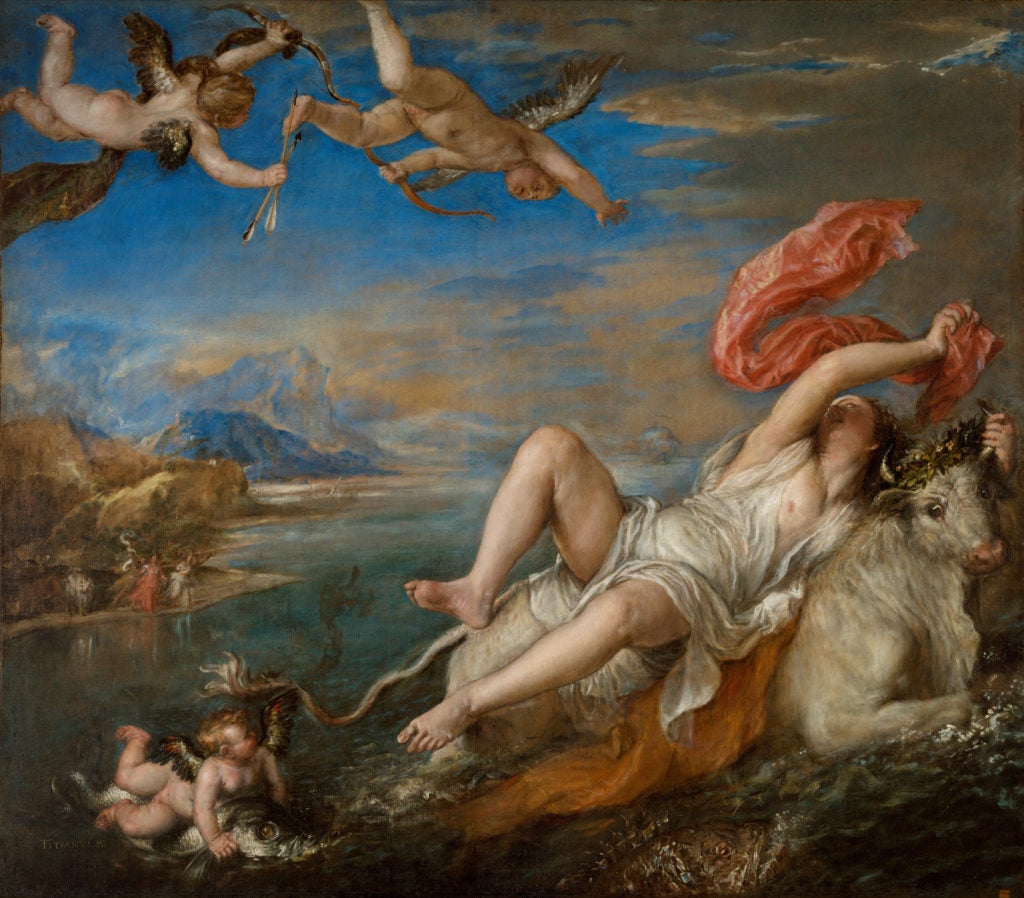 Among them are “Danaë” from the Wellington Collection at Apsley House, “Venus and Adonis” from the Prado museum in Madrid and “Rape of Europa” from the Isabella Stewart Gardner Museum, Boston.

The sixth canvas of the series, “Perseus and Andromeda”, will be displayed at the Wallace Collection.

The show is the result of a partnership between galleries in London, Edinburgh, Boston and Madrid, which was announced on Thursday, May 16.

Titian’s canvases, painted between about 1551 and 1562, depict stories from classical myths of love, temptation and punishment — primarily taken from Ovid’s “Metamorphoses”.

Originally commissioned by Philip II of Spain, the paintings remained in the Spanish royal collection until 1704 before being added to the famous art collection of Philippe II, Duke of Orléans. They were then dispersed after the outbreak of the French Revolution.

Additional information about the exhibition is available on the website of London’s National Gallery. HM/JB

Love for country through protest art

‘The Mythology Class’ gets the feature-film treatment