A couple has bought a Rhode Island farmhouse that inspired the horror movie “The Conjuring”. 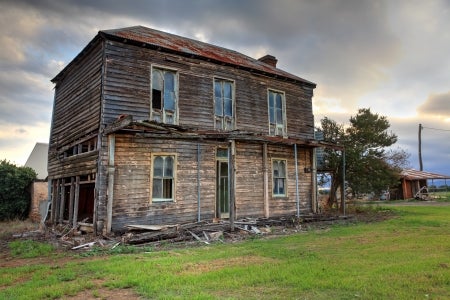 Cory Heinzen tells the Sun Journal in Maine that he has heard doors opening, footsteps and knocks. He said the house in Harrisville, Rhode Island, is “very busy.”

The movie is based on the story of a family that lived in the farmhouse in the 1970s.

The previous owners said the 1736 farmhouse was indeed haunted — by trespassers hoping to get a glimpse thanks to the 2013 movie.

Heinzen, of Mexico, Maine, said he became interested in the paranormal while bivouacking at a civil war battlefield and hearing screams and cannons. He and his wife bought the Rhode Island home last month and hope to open it to visitors and investigators later this year. RGA

The Conjuring 3 set to haunt theatres in 2020