Filipinos are known as food lovers, since they eat at least four times a day – breakfast, lunch, merienda (afternoon snacks), and dinner. This proves that food is a significant part of the Philippine culture.

Hence, fast food restaurants have been the go-to place of many Filipinos, especially on Sundays or “family days.” Probably, the most favored fast-food chain in the Philippines is “Jollibee”, which became popular because of its crispy fried chicken meals and most children birthday parties.

Recently, the food outlet became a viral topic online because of its alleged replica in China called “JoyRulBee”, which was posted by Facebook user Christopher Guzman.

Together with his wife, they dined in to try Chinese chain’s hamburger, ice cream, and fried chicken and compared it with the dishes from the original store in the Philippines.

As shown in the video, the China-based food outlet has the same logo and menu as the original restaurant. Guzman said that he took some pictures and videos of it because he was amazed to see his favorite Filipino fast-food restaurant in China.

With more than 157,000 views and 8,600 shares, the photos and videos garnered different opinions and reactions from many netizens.

Charles Colton once said that “imitation is the sincerest form of flattery,” but the truth is that being unique and original can be your competitive advantage to bringing out the best in you. 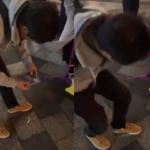 Guy buys CD from a street performer and then, crushes it in front of her 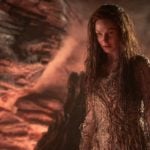