As long as we live, gender roles will always be a big issue in our society. It puts label on how an individual should behave, think, dress, and groom based on their “assigned sex.” For example, if you are a girl or a woman, then you are expected to perform femininity on a daily basis. Meaning, women are supposed to be accommodating, nurturing, sensitive, and most of all, submissive. While men, on the other hand, should act the complete opposite. They should be aggressive, strong, and bold.

Most people argue that gender roles are necessary for this society to function “healthily.” However, there are some people who believe that gender roles only set boundaries that can cause negative effects on every individual. Because of this “preset ideas,” people force themselves to change and those who try to deviate from the norm are often frowned upon.

Sadly, the issue always boils down to what one is expected to do rather than what one wants to do with his or her life. It’s ridiculous how we try so hard to conform and even call people out just because they act a little “different” from the rest of us. 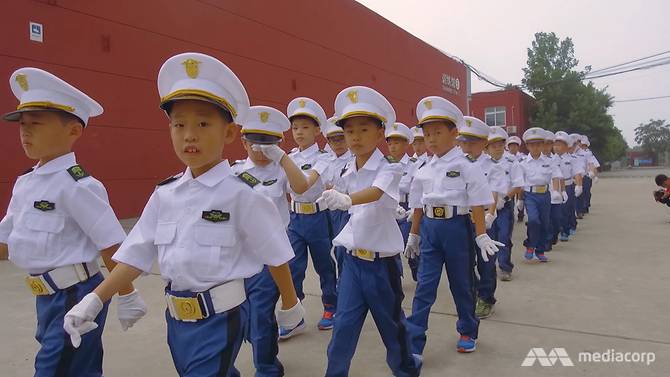 In China, a Beijing club aims to “save” young boys from being physically and emotionally weak. A series called “Cram Course Asia” discovered that kids, who seem to be effeminate, are enrolled in this boot camp to turn them into “real men” in seven days. 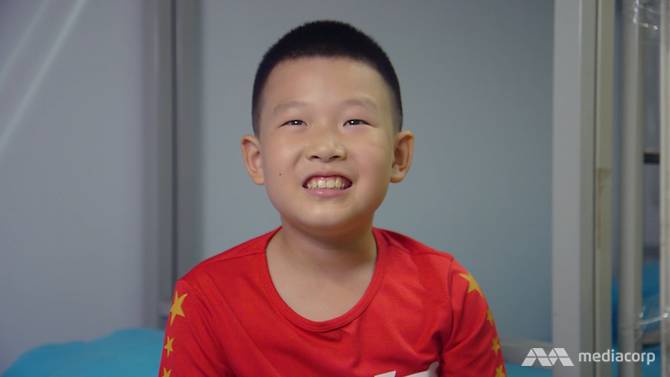 Tao Youqi, 9, usually spends most of his free time playing. His mother, Ms. Polly Hou, said that her son would rather play a lot than to study enough.

“She says I’m extremely slow with my homework and that it’s of lousy quality,” Youqi said.

Because of her son’s childish behavior, she doesn’t consider him a “manly man.” Not only that, Ms. Hou thinks that her son is too fat and he has to be slimmer for him to look like a real man.

Aside from being a real man, Ms. Hou also pointed out that his son’s classmates all behave and look two years older.

“I feel that girls these days are too outstanding. Boys have got to catch up,” she said.

Now this is where the seven-day boot camp comes into play.

Beijing Boys’ Club founder Tang Haiyan believes that a country like China, which boasts economic clout and powerful military, is raising weak-minded and vulnerable kids. He believes that the Chinese society is facing a serious issue called “masculinity crisis.”

This crisis is what we call Toxic masculinity, a set of beliefs and expectations of men. This encompasses a restriction on the kinds of emotions that men or boys are only allowed to express. 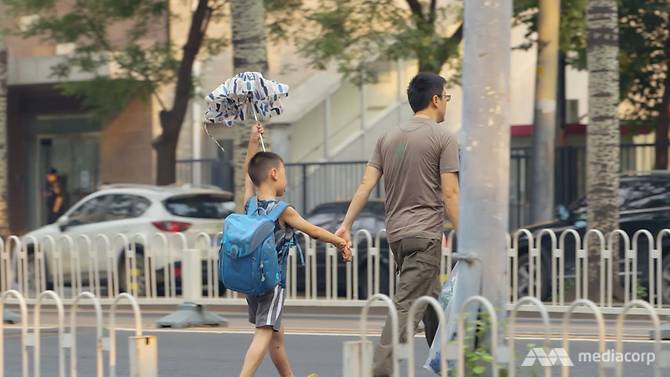 “I’ve observed that there are some problems with our boys. Some are more effeminate, petty, weak-minded and emotionally fragile. Their fitness levels are also falling,” said Haiyan.

Haiyan sees that this crisis has been enfeebling the Chinese society, “I want to tackle this crisis, save our boys and nurture young men for China.” 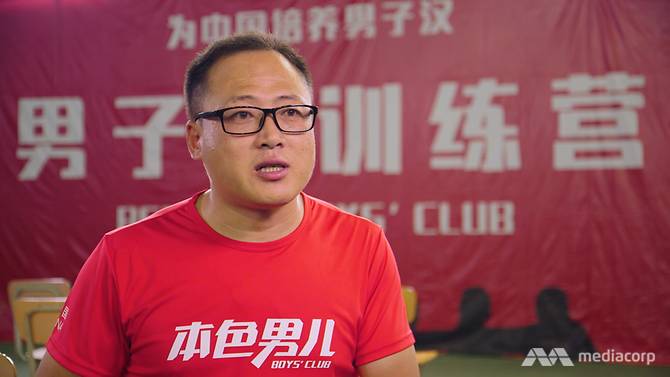 Haiyan, who set up his boot camp in 2012, believes that boys growing up in an environment with a very few role models, is one of the contributing factors to the current crisis.

“These days, boys are brought up by their mothers. In primary school, 90 percent of the teachers are female. Mothers and female teachers don’t know how to teach boys to be boys. They only know how to impart knowledge.”

And even the one-child policy, that requires couples to limit themselves to one child, has not been helpful either.

“If you’re an only child in China, you’d have six adults – father, mother and both sets of grandparents – revolving around you. Growing up in such an environment causes problems,” he said.

“Girls can be nurtured to be more ladylike, gentle and reserved. But if boys are brought up in a similar way, they’d grow up being like girls. Boys won’t learn to be strong, brave and independent. They become too girly.”

Haiyan clarified that the Beijing Boys’ Club is not an army camp, but the coaches conduct military-style to practice self-discipline among the young trainees. He also added that as part of training, the kids are not allowed to receive phone calls and visits for seven days.

“We want them to feel that they can do what the average person can’t do … This is the reason we conduct military training here,” explained Haiyan.

“The military is the best place to train boys to be determined, courageous and have exemplary behaviour. Everyone knows that the military is a place where you train men to become better people.”

However, not everyone agrees on Haiyan’s efforts to “save” these boys from being “effeminate.” Feng Yuan, a women’s right activist, strongly argues that the said crisis is not real especially if the kid is being judged based on how well he did at the seven-day boot camp. 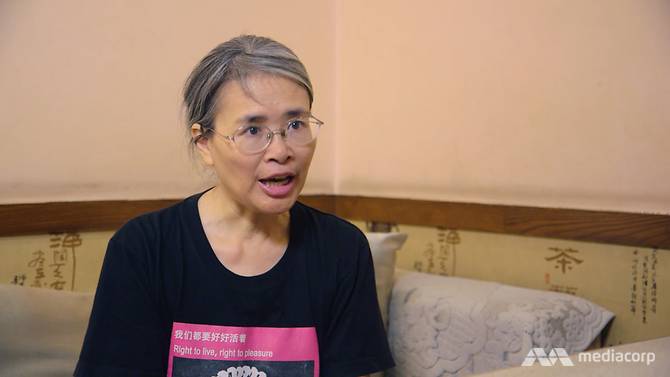 “Everyone thinks it’s only right that males are stronger than females. So the moment boys aren’t performing up to expectations, people start to overreact.”

Nowadays, women, are not the only ones who get socially punished for digressing from the norms of femininity. Even men, who are known to be dominant, also suffer from the crushing impact of patriarchy. Just like women, they also face pressure trying to live up to the norm; they are stigmatized for expressing vulnerability in public; and worst,  they are mocked for doing things that they are not supposed to do.

Because of these narrow cultural narratives, men are starting to be more aware of the “epidemic of isolation.” Trying to combat effeminacy, just like what the boot camp have been trying to achieve for 6 years now, only puts the younger generations into isolation. Instead of encouraging them to be what they want, we confine them in this man-box that only shows what it means to be a man within this culture of toxicity.

Toxic masculinity affects not only men, but also women who are trapped in this complex society. For us to create cultural change, activist Yuan says that: “The qualities that are important today – for instance strength, willingness to learn, open-mindedness, bravery, decisiveness and responsibility – are all qualities that shouldn’t be found only in a man”.