Most of the time siblings would fight and bicker over the silliest and smallest things. They can be either your number one supporter or your worst nightmare. But you know that they’ll always have your back when someone tries to mess with you.

This is exactly what a 2-year-old boy showed when he came to his sister’s rescue during her wrestling match at an elementary school in Columbia City, Indiana. According to HuffPost, he thought his sister was having a real fight with a boy named Ryan Prendergast so he stepped up and tried to defend her. 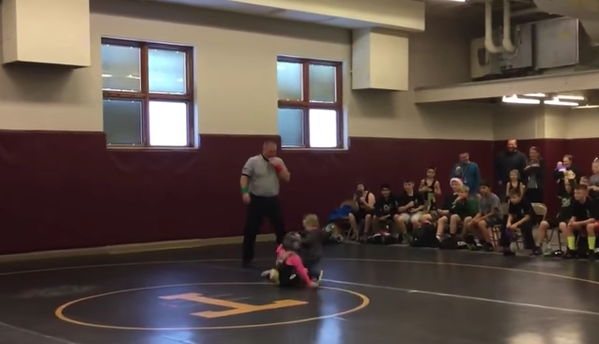 While the match was ongoing, he ran and tried to pin down her opponent before the referee came to handle the situation. Ryan’s mom, Tori ‘Allen’ Prendergast, shared a video of the hilarious incident saying: “When the girl you’re wrestling [with] has a tough little brother, don’t mess with his sister…”

When the girl you're wrestling has a tough little brother, don't mess with his sister…..you won't regret watching this video, promise 😂😂For licensing / permission to use: Contact – licensing(at)jukinmediadotcom

The whole crowd was cracking up when the toddler suddenly rushed to the scene. Everyone was also commending the little boy for stepping up for his sister even when he really didn’t need to.

Rivalries may bring out the worst in siblings, but at the end of the day, we know we’ll set aside our arguments and differences when someone’s trying to mess with our family.