It has only been a few days after the Miss Universe 2018 coronation night and Filipinos still can’t get over Catriona Gray’s victory. But while everyone celebrates the Philippines’ fourth Miss Universe crown, the Internet is divided on Gray’s identity.

Catriona Gray or Catriona Elisa Magnayon Gray was born on January 6 1994 in Cairns, Queensland in Australia. Her father, Ian Gray, is a Scottish-born Australian and her mother is Normita Ragas Magnayon, a proud Bicolana from Oas, Albay.  Gray has spent most of her childhood days in “The Land Down Under.” And at the age of 18, after finishing high school, she then moved to the Philippines to pursue a career in modeling. 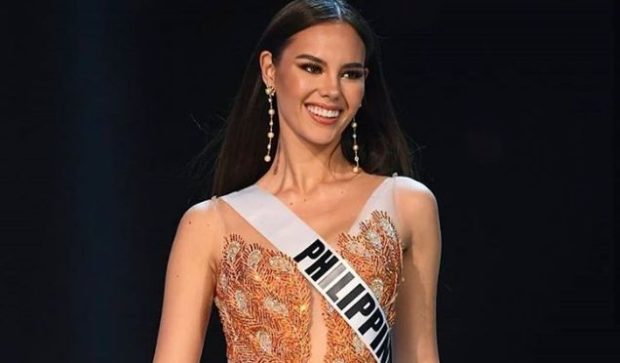 If you don’t know Catriona Gray personally or haven’t heard her speak Filipino in some of her interviews, you’d assume she’s a foreigner—with her Western name, Caucasian looks, and Aussie accent. Since she grew up in Queensland and her qualities don’t resemble a “full-blooded” Filipino, she is now being questioned if she should really be representing Australia instead of the Philippines.

Because of this, some Australian publications want to take credit for the beauty queen’s win.

In the front page of Australian newspaper, “The Courier Mail,” you’d see a picture of Catriona Gray with the words, “Miss Universe Philippines.” However, the paper crossed out “Philippines” and replaced it with “Queensland” instead.

Not only that, Hit Radio’s website published a story that features Gray with the headline: “Australian Girl Won Miss Universe But She Wasn’t Miss Australia.” Facebook page PGAG also shared a screenshot of the news and captioned it, “Some Australians want a piece of the Ms. Universe win, too? What do you think? To be fair, Catriona Gray grew up in Australia.”

Some Australian publications want a piece of the Ms. Universe win? What do you think?To be fair, Catriona Gray grew up in Australia.#MissUniverse #MissPhilippines

Since this news has been making the rounds on social media, Filipino supporters share their opinions about the matter.

Some Australians are crying foul. Perhaps because she is originally from Australia and looks more Caucasian than Asian. pic.twitter.com/lkfcW7nN1G

And even if Gray is of a mixed-race, she proudly represented the Philippines. From her evening gown and national costume down to her signature walk—everything is Filipino.

Hahaha i feel bitterness for that headline/title..Miss Australia was also bi-racial but she didn’t win. Catriona however brought with her all about the Philippines (talent, creativity), the lava walk, gown, her determination.. all about her in that pageant was Filipino.

Though it might be too late for the Aussies to take pride in Gray’s victory, in our eyes, she’s Miss Philippines, not Miss Australia.

Too late for Australia to claim her, it is already written in four corners of the world, rather the universe, that shec is MISS PHILIPPINES. #spellbitter.

While the Internet is fighting over Catriona’s heritage, some Australians choose to express their support instead of joining in the dispute.

Miss Catriona Gray is not only raising the flag of the Philippines 🇵🇭 but also the flag of Australia 🇦🇺 Very Proud of you Catriona Elisa Magnayon Gray! You deserve the Crown of the Universe 👸🏻💐 BRAVO

You didn’t conquer the world but meant to conquer the universe!!! Best wishes on your reign and make us proud as always! With love and support from Sydney, Australia!
Thanks Miss Universe for always being fair!

Despite Gray’s looks and upbringing, she chose to represent the Philippines. In one of her media interviews, she vowed, “Philippines, what an amazing honor it has been to carry your name across my chest and to embody you in all aspects. I may now carry the sash of Miss Universe, but I’ll forever be your Miss Philippines.”

Catriona Gray conquered the world, the universe rather, and Pinoys are all proud of her

Universal Records holds first ever virtual signing with The Knobs