Christmas dragon display has gone viral after neighbor complained about it

The true spirit of Christmas is about being with your family and friends. And it’s true that nothing can be merrier when this season of giving is spent with your family, make some good food with them, and decorate a Christmas tree together.

One of the highlights this yuletide season is the dazzling decorations we see on every household. There are artificial Christmas trees, shiny garlands, and colorful string of lights.  However, author Diana Rowland uses dragons as Christmas decorations in her front yard in Louisiana, United States. 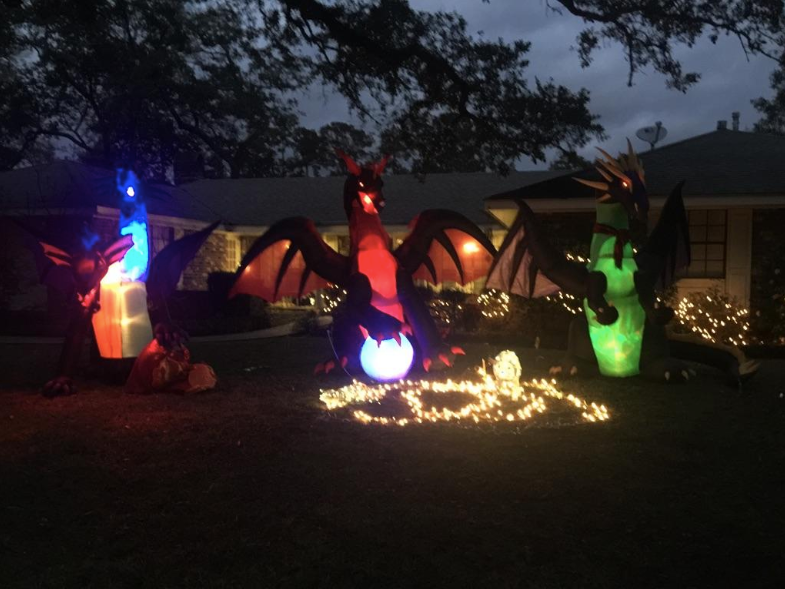 Don’t worry because you won’t see any of Khaleesi’s dragons or the Hungarian Horntail in Harry Potter because Rowland has only displayed inflatable dragons.

While some find this amazing, one of her neighbors criticized the dragon display, stating that it is only acceptable during the Halloween.

“It is totally inappropriate at Christmas. It makes your neighbors wonder if you are involved in a demonic cult.”

She even posted a Facebook photo of her dragons with that “savage” caption. 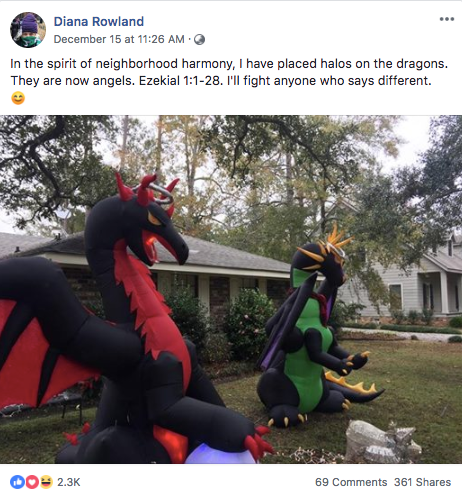 One may suspect that Rowland is involved in a “demonic cult”, but there are far more people who love and support her to the extent that some even offered money to complete her dragon family.

However, she declined to accept the donations, “I would much rather any Dragon Army money be donated to a worthy charity of your choice.”

Rowland’s dragons may be an unconventional Christmas decoration to some of us. But, isn’t Christmas all about magic, joy, and love? As she embraces differences, Rowland also left us a friendly reminder for the coming holidays.

“Let’s make this holiday season about joy and charity for all. Thanks!!”