In spite of the efforts made by the government and social activists, catcalling still remains to be a prevalent issue today. Women, and sometimes even men, fall victim to this disgusting form of sexual harassment almost every day. And oftentimes, these people don’t even get the satisfaction of getting even with their harassers.

This case is no different from the many other stories you hear and read about today – as *Maria Sebastian was harassed through a note she received from the jeepney driver.

Sebastian tells InqPOP! that when she received the note, she thought it was one of those bible verses people shared to other commuters to spread the word on their religion. However, upon discovering that it was not a religious quote but rather a sexist remark against women, she examined her clothes to see if it looked “offensive” in any way to others around her.

“First thing I did was to check if my clothes are neat and in order. I am really sure that my outfit that day is decent and obviously not revealing. But then, why on earth would I receive such a note? Why?” Sebastian explains.

She further adds that she felt unnerved, confused, and scared as to why the driver would give her such a note. And she hopes that no one will ever experience what she felt that day upon receiving the letter.

Even though this incident did not involve any physical advances, it still falls under the scope of sexual harassment. According to the Equal Rights Advocate of San Francisco, USA, sexual harassment includes the “verbal or written comments concerning a person’s clothing, personal behavior, personal (romantic) relationships, or body.” In this case, the driver made a condescending remark against the female population and aimed his frustration towards Sebastian.

And Sebastian is not the only catcalling and sexual harassment case to be recorded on social media. In fact, people from all over the world are going online to share their horrific experiences on this. Here are some cases you might want to read about:

With all confidenz, our manyak silingan walked to me slowly and whispered "hello beb". The first time was when his friend told me "hello babygirl" the other day.

WHEN WILL THESE TYPE OF BOYS BE EDUCATED ENOUGH TO KNOW THAT CATCALLING IS A FORM OF HARASSMENT???????

yeah that doesn’t include the leers and stares

despite the hot AF weather here in pinas I still dress sober AF cause some guys here are so fucking cheap, catcalling me in front of my dad & that shit so embarrassing cause he lectures me afterwards & like I get blamed for even being a girl. have some respect at least yea.

I was wearing a knee-long short, three-fourths green sleeve shirt was tucked in and a pair of white straw sandals.

Still got catcalled and I told my friend about it.

Catcalling has never been a compliment. https://t.co/o3lGtC5iZ7

The PUA Academy is a collective of men who, together, learn skills in modern dating, such as building confidence, how to…

Despite the technological advancements and breakthroughs made, these cases prove that society still has the “backwards thinking” mindset when it comes to the proper decorum with the opposite sex. Let’s hope that one day, the world may reach a point when men and women can be treated with an equal amount of respect and dignity.

*Name was changed to protect the identity of the Facebook user

10 Ways we can actually end rape 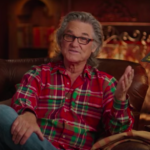 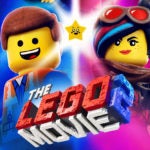 WATCH: Emmet battles DUPLO invaders in the new trailer of ‘The LEGO Movie 2’