As more and more women gain courage to stand up against abuse, harassment, and discrimination, diverse ways of making a stand and raising awareness have come up. There is the Time’s Up! campaign launched by the women in Hollywood, for example. Others used their field of interest such as photography, arts, and even social media to combat these issues.

But recently, women are turning to an ingenious but effective weapon to keep men from harassing them — through farting or pretending to fart.

Yes, it may sound really gross but women have been sharing that it has kept them from being sexually harassed at their workplace or at the gym.

A Reddit user, r/TwoXChromosomes, shared how she recently resorted to intentionally farting at her co-worker who kept on bumping into her “accidentally.” Word got out about what happened and caught the attention of their boss. After assessing the issue, the boss fired him for sexual harassment. 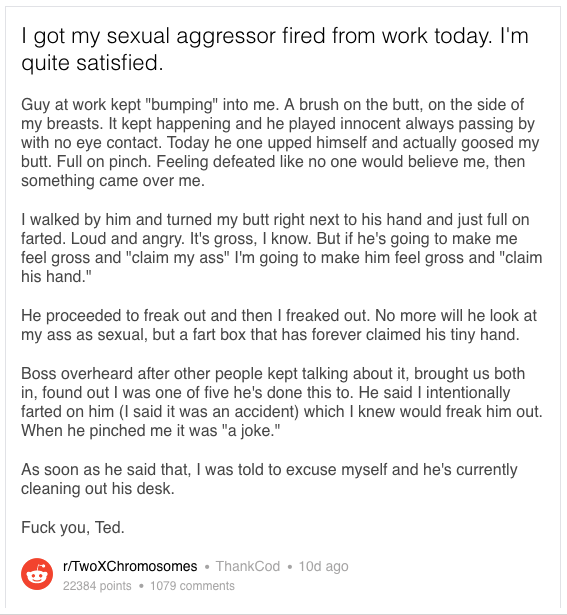 This wasn’t the only case. A woman also shared on Twitter how her friend “pretended to fart” to keep a guy from making advances to them while they were at the gym. And guess what? The guy fell for the trick!

*guy approaches two women working out, with flirtatious eyebrows at the ready*

Girl 1: UH you might not want to come over here, dude. I just farted. It’s bad.

Girl 2: omg did you really?

People on Twitter praised her for it and others even shared their experiences.

"I just farted… oh man that Kale's a KILLA!" pic.twitter.com/A9YpkuLWeU

I friggin’ love this.

A medal is needed.

I have legit farted to make dudes who are TOO CLOSE go away.

I'm SO doing this. Had guy approach me to tell me my form was "off" & if I did it his way, I'd also be working my abs to lose my belly. I held out my dumbbell & he nearly fell over taking it. He left it on floor & I said, "I'm pregnant. I lift everyday." Haven't seen him since.

Who would have thought “farting” would actually come in handy? Way to go, ladies! Give those guys one hell of a fart! 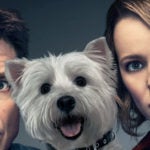 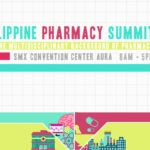