Doraemon is a Japanese manga series that was written and developed by Fujiko F. Fuji in 1969. The series focuses on the story of a robot feline from the future that traveled to present time to help a boy named Nobita Nobi, who, in the whole Doraemon storyline, would always find himself in various jeopardizing situations. Doraemon’s assistance to Nobita would always come in the form of “gadgets” pulled randomly out of its front pocket, adding more appeal to the already charming anime series. 46 years later since its first print, Doraemon is still enjoyed by many viewers, young and old alike, and has even transcended platforms and channels by appearing on television, cinema, advertisements, mobile applications, and even digital publication. In the Philippines, it is a well-loved character that has grown with most kids as it is dubbed in local language and still broadcasted via free TV.

Hardcore fans of this classic Japanese manga series would know that this day in 2112 is the day the adorable cat robot was created in a robot factory! So in celebration of this kawaii neko’s “birthday,” here are 8 awesome fast facts you need to know about your favourite white-and-blue cat friend from the future!

1.) A Fujiko F Fujio museum was opened in Kawasaki on September 3, 2011 (aptly timed on the birthday of Doraemon). Doraemon is featured as the star of the museum. 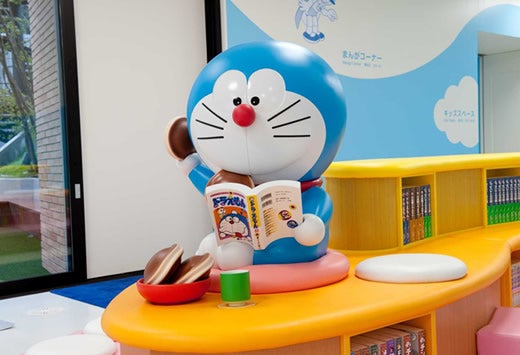 2.) For a fictional character, Doraemon sure is treated so much like a human being. On September 3, 2012, Doraemon was granted official residence in the city of Kawasaki. Since technically the robot cat was born in 2112, his residency was given one hundred years before he was born!

4.) Doraemon has already been played in a live-action series!  Hollywood actor Jean Reno played Doraemon in an ad campaign for Toyota in 2011. 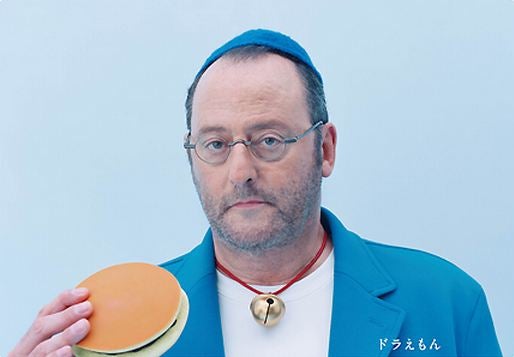 5.) Doraemon has musophobia! Musophobia is the fear of…mouse, which is  hilarious twist to the whole Doraemon storyline given that he is a cat. This funny sub plot happens in the spin-off manga series, “The Doraemons” in which Doraemon develops fear of mouse after getting his ears gnawed by a robot mouse.

6.) Doraemon’s name has different variations worldwide, but doesn’t seem to veer away much from the original version:

7.) Doraemon is considered a huge cultural icon in Japan, so much so that he was appointed by Japan’s Foreign Ministry as its first official anime ambassador in March 2008. 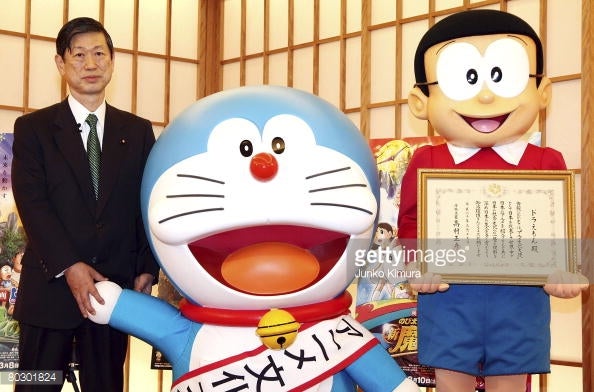 8.) Doraemon is one of the best-selling manga series in the world, selling over 100 million copies. Among the list of top selling manga are One Piece, Dragon Ball, and Naruto.

So there. Happy (future) birthday, Doraemon! <3

Have a Dorayaki on us, Doraemon!