Ready for some anime throwback?

Before social media became popular, kids spent hours with their eyes glued to the TV watching their favorite anime series. Channel surfing and vegging out on the couch was one of the defining cultural moments of the ‘90s. Let’s take a trip down memory lane and reminisce on all those shows we spent countless hours of our young lives on.

Here are some of the most memorable anime shows every ‘90s kid watched at one point or another. Check it out:

Who didn’t prepare their bed the way Heidi did? Her bed of haystack made our own bed look rather dull back then, right? This anime was based on the Swiss novel Heidi’s Years of Wandering and Learning by Johanna Spyri (1880), illustrating the life of the orphan Heidi as she lives in the Alps.

This was one of the most heart-wrenching anime shows back then. It was very dramatic, but we still watched it anyway! This show taught us the value of family and how to keep persevering against all odds.

This was a very popular show back then, and has been reiterated several times. Kids got to see Son Goku grow up and become a father to his son, Gohan. But who could forget the Kamehameha Wave? Most of the pretend plays we have had often involved this popular technique, right?

Who didn’t fell in love with the mysterious samurai Himura Kenshin a.k.a. the assassin Hitokiri Battosai? His bloodied and dark past haunted him so, he chose to become a pacifist. He offered protection to those in need and eventually became friends with Kamiya Kaoru, Sagara Sanosuke, Myojin Yahiko, and Takami Megumi.

Another big title back then! Along with Dragon Ball, this show sold a ton of merchandise such as posters, trading cards, and even pogs! The show’s comedic appeal stemmed primarily from characters Eugene and Alfred’s constant bickering. But Dennis’s calm disposition and Vincent’s serious aura added a tinge of drama to the story.

This cuddly, blue robotic cat won the hearts of many kids back then. Aside from his love for moon cakes, what we loved about Doraemon was his pocket. It’s filled with different things ranging from toys, medicines, and gadgets that aided his adventures with Nobita.

This mecha anime became an instant hit among kids with its savvy mobile suits and five dapper teenage boy pilots. The show was packed with drama, action, romance, and war that really got ‘90s kids hooked all the way to its sequel, Gundam Wing: Endless Waltz.

Here’s one of the most entertaining and hilarious anime series ever created. Whether you like Ranma more as a he or a she, this show definitely made you laugh out loud (more than you should even)! It’s one crazy show we surely miss these days.

Who can forget this cursed devil that was, most of the time, more cute and adorable than scary and fierce? This bratty demon child made this anime series both funny and action-packed! If you watched the Tagalized version, I bet you can still recall his signature move: kuko ni diva, right?

Got any anime shows you liked as a kid that’s not in the list? Comment it below. 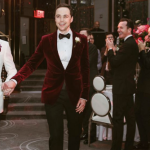 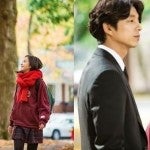 Goblin is finally coming to (Vi)you!