TWICE is finally back with their third studio album “Formula of Love: O+T= <3”, which dropped at 2 P.M. KST, along with an accompanying music video for the album’s title track, “Scientist”. This is the girl group’s 3rd release in 2021—following the release of their tenth Korean EP “Taste of Love” and third Japanese album, “Perfect World”. This album is TWICE’s third full album, following “Eyes Wide Open” in October 2020 and “Twicetagram” in 2017.

“Formula of Love: O+T= <3” consists of seventeen tracks ranging from dance-pop, Latin pop, and hip hop, with three tracks featuring sub-units from the girl group (Push & Pull, Hello, and 1, 3, 2). Most of the members have participated in the making of several songs from the album. The album also includes TWICE’s first English single, “The Feels” with its Korean version to be featured in the album’s physical edition, and a R3hb remix of the album’s lead single, “Scientist”.

“Scientist”, the album’s title track, was co-written by Anne-Marie, Melanie Fontana, Michel “Lindgren” Schulz, Tommy Brown, Steven Franks, and 72, with lyrics by Shin Eun-ji. The song talked about how “love isn’t something you calculate, study, or try to find an answer to but is something you should follow with your heart”.

In the title track’s MV, the members of TWICE were colorfully dressed up as scientists and students, dancing to choreography by dance trio La Chica. The girl group first performed their newest song on KBS2’s Music Bank, and will be performing it on MTV’s Fresh Out Live on November 13th.

ONCEs immediately loved TWICE’s new title track and showered their love for the girl group all over social media, praising the album, the visuals, and the styling.

I… I’m never going to recover from this #TWICE #SCIENTIST pic.twitter.com/PAq2YNU7lv

“why do you keep studying me? i’m not even einstein.”

I'M TRULY SORRY BUT MY EYES CAN'T UNSEE THIS 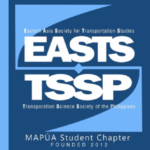 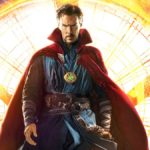