In recent years, North Korea has embraced South Korean music and products, but the tables have now turned as the North Korean leader declared that K-pop is a “vicious cancer” that corrupts young North Koreans.

In other parts of the world, these are frequently the subject of bewildered news coverage. Dyed hair, face makeup, choreography— you’re probably wondering, exactly what threat might a ruthless despotism possibly face?

It was in December 2020 when Kim Jong Un enacted legislation that makes it illegal to watch or possess South Korean films, dramas, or music videos. Even the usage of any South Korean influence such as the slang “oppa” is strictly forbidden. Violators of this ruling will be punished with up to 15 years in prison. Smuggling such matters across the border could lead to death.

Since the Korean War ended in 1953 with an armistice, North Korea’s relations with South Korea have remained fragile. There has never been a written peace treaty, implying that the war has never been officially finished.

Pop culture as a horrifying phenomenon to authoritarian states

K-pop’s dominance in South Korea drowns out a much more diverse music industry than most people are aware of. However, this stern reaction to pop culture is alike to that of previous totalitarian nations in the past. Mao Zedong, a former president of China would be the best example for this case – he undertook a “culture=al revolution” to rid China of western influence, including the destruction of western musical instruments such as pianos and violins – showcasing a battling response against the Beatles’ popularity among its populace.

Pop culture, particularly music, has long been associated with Western principles such as civil liberty, creativity, uniqueness, heterodoxy, and such matters. With its significance on unconventional conduct, youthful defiance of authority, non-traditional occupations, and sexual liberation, it provokes the dictatorship’s traditional social customs.

Is the Korean Wave really that terrifying?

The literature on the abolition of dictatorships has not made it clear whether pop culture poses an actual threat. However, there is one point to consider: dictatorships typically fall due to internal schisms among the ruling class. You see, the idea that youths listening to Rock n’ Roll will rebel against the state is a bit far-fetched, don’t you think?

Maybe, but also maybe not. When it comes to countries like North Korea, their approach to such issues is just like someone who’s in complete paranoia, and they simply refuse to break free from its shell. Change not sanctioned by their state is automatically regarded as dubious, and that sums up the reason why they have officially closed doors on K-pop. 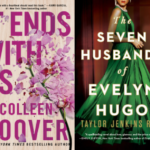 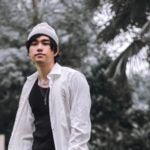