Love and romance have always been popular themes in literature since people first started writing stories. Readers are drawn to books with sappy stories about love, romance, and happy endings.  It comes as no surprise then why romance novels were so popular in the 70s. In fact, Mills & Boon and Harlequin Romances became the biggest selling genre of fiction in the early 80s. It has almost become a rite of passage for young girls who read Nancy Drew or Hardy Boys, Sweet Valley High and Sweet Dreams series, to move up to more mature reading materials like Mills & Boon.

In the Philippines, Precious Hearts Romances (PHR) is the most prevalent fan fiction romance lit. Titas (and some titos) may remember that one time in their lives when they got engrossed in their favorite love story paperback novels while commuting to work, during a lazy weekend afternoon, or just before bedtime. A survey in March 2019 showed that romantic books were the most popular genre among 54 percent of Filipino readers, placing thriller books only in second at 33 percent, and adventure books third, read by 31 percent of Filipinos.

Pinoys love these romance novels yet are too shy to admit it. Some regard these novels as clichéd literary rubbish, tag it as baduy (uncool, unfashionable, in poor taste), or as a reading material for the semi-literate. But whatever people’s opinions are, the popular romance novels of Precious Hearts Romances are forces to be reckoned with in the Filipino publishing industry.

Pinoy love and romance on paper

Precious Heart Romances is your local love story pocketbooks published by the Precious Pages Corporation (PPC) in 1992, when Tagalog romance paperbacks were a trend among hopeless romantic Filipinos, especially women.  What started with one published book a month, PHR became an instant sensation in such a short time. Publishers were able to gather their own pool of romance novelists including Martha Cecilia, Rose Tan, Amanda, Maureen Apilado, Cora Clemente, among hundreds of others; and soon, came up with 25 titles a month.  Five years since it launched its first banner book imprint, PHR grew to be the bestselling Tagalog romance pocketbook in the Philippines and became a household name.

While PHR started several book launches and joined book fairs and exhibits all over the country, and held annual summer romance writing workshops, distributors from Hong Kong, Taiwan, Singapore, and some parts of the US, Middle East, and Europe have contacted the company for partnerships. In 2005, PHR has grown to be the number one romance pocketbook, with already 50 titles under various book imprints and novel series monthly. This was evident during the PHR Grand Fans’ Day in March 2019, when pocketbook fans gathered to meet and greet their favorite authors and to buy more titles.

With the PHR at its peak in the 90s, former Philippines comics readers have shifted to these inexpensively priced pocket romance novels. Soon, these paperbacks have garnered an unbelievable Filipino following, including those OFWs in all corners of the world.

What made PHR click among Filipino romance readers is how it absurdly provides a sweet escape for all its fans. Even when plots are almost usually stereotypical and overused: boy meets girl, girl and boy aren’t good enough for each another, and after several challenges, one of them reforms, they get married and live happily ever after. Seriously, but this predictable plot is candy for every hopeless romantic Pinoy who can easily relate. The thrill, rush, passion, seduction, and the joy and pain of blindly falling in love, falling out of it, choosing heart over mind, and going back to starting a new life together—any ordinary reader who dreams of their own fairy tale romance could indirectly live their lives based on the choices and successes of the characters who they can relate to. The hero or heroine (who are often described in detail such as the color of their eyes, ideal bodies, sensuality, and physical features) hold the magic, especially when they start to prove they are more than good enough and meet each other’s standards. They then evolve into loyal lovers who have become better versions of themselves then end up tying the knot. Who wouldn’t swoon at that?

The characters are ordinary men and women next door, not Cinderella or any superhero and these are stories that have happened or could happen in real life—to us or to someone we love. Apart from that, it brings with it some aspirational love and relationship goals as readers get reassured of a happy ending, so it keeps them on their feet to enthusiastically work toward their own lives. But regardless of the plots, twists, characters, and palettes, and whether that one pocketbook is about unconditional love or simply lust, one truth remains: romance novels give us the hope of finding our own intoxicating love that will conquer all.

They also sometimes have the wackiest book covers. Remembering the time actor Cole Sprouse, and even some very popular K-Pop artists’ likeness made it to the cover of PHR books!

Shoutout to this publisher for using my face as the love interest of a romance. "A Heart Remedy From Mr Heartbreaker" in trashcans near you. pic.twitter.com/WChX0xycja

so apparently hansol and kai are in a random book cover in a 711 store lmao pic.twitter.com/p2IE5tl2Ra

People get hooked to romance novels like PHR because it gives them something they need, in a way that the world around us cannot. For instance, I know someone who is currently pursuing her master’s degree but is proud to show the world how she loves PHR because it provides the balance, in between the Shakespeares and the Whitmans—being a voracious classic literature lover. It somehow offers readers a respite and escape from the dreadful news we get daily.

They are admittedly well-written, with intriguing plot twists that are multi-faceted—with subtle hints of the naughty—yet do not require so much brain power and time to gorge on. Tones remain simplistic and conversational, and some people use it to expand their vocabulary of the Filipino language, while simultaneously delivering an authentic Pinoy kilig (an exhilarating feeling) and lovesick vibe.

Romance is here to stay

As it prevailed in paper then, PHR have their own online store now that delivers right to your doorstep (via their social media accounts).  Titles are even available in e-book forms now.  Indeed, it is delightful to see that the community of romance pocket readers have also evolved with the times, and that love for local literature and home-grown authors continue to thrive to this day.

These romantic novels prove that love—whether doomed or destined—has been the core of interest of generations from around the world. It makes us reflect our own what-ifs and what-could-have-beens from under our blankets and in the safety of our own bedrooms, as we journey into someone’s love story for a few hundred pages that end happily. Over the years, Precious Hearts Romances pocketbooks have given all of us a channel where we could reconnect with our childhood fairy tale romances, within the pages of that warm, nostalgic read. The stories hit so close to home that it feels either a friend is telling you about her love life, or it is as if someone wrote your love story. Then you internalize the characters’ thrill and longing for belonging, and ultimately hope you find that same kind of love you only read about. 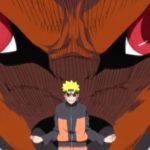 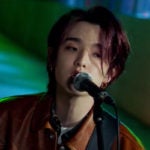