If you’re an avid fan of “Naruto”, then you’ve probably grown attached to Kurama, a.k.a the Nine-Tailed Fox sealed within Naruto Uzumaki.

We’ve seen Naruto grow from an unloved orphan to Konohagakure’s powerful Seventh Hokage, and I’m pretty sure everyone was the least bit updated with how his journey as a ninja turned out. We’ve also seen how Naruto learned to embrace his irregularity as a jinchuuriki and turned it into a source of his strength, thanks to his tight-knit relationship with the Nine-Tailed Fox sealed within him.

And now, even though manga readers already knew it was bound to get animated soon, it’s time for us to part ways with Naruto Uzumaki’s pseudo-parent and life-long companion.

(Spoilers ahead if you haven’t caught up with the anime)

In the latest episode of “Boruto: Naruto Next Generations”, which follows Naruto’s son Boruto and his friends’ journey to becoming ninjas, Naruto and Kurama had taken a brand-new form called the “Baryon Mode” in the middle of the fight against Isshiki Otsutsuki, which was thought to be a fatal move for both characters.

Debuting the form in the final minutes of Episode 126, the fate of the two major characters seem to be unknown, with Naruto waking up in a state of limbo. However, it is revealed in Episode 217 that instead of him crossing over to the afterlife, it was Kurama who had sacrificed his life to save Naruto’s.

Yeah, Fs in the chats for Kurama, man.

This major character death resonated with the whole Naruto community, with many fans expressing their grief and sadness over Kurama’s death on Twitter. Some also used memes to remedy the situation, and well, they were funny.

when kurama saw every version of naruto before his passing 😭 pic.twitter.com/ZXsG0uFSHD

All the dead jinchuuriki watching Naruto lose kurama but not dying pic.twitter.com/czIpPRb4Z1

The greatest beast & friendship in the anime world.#Naruto #Kurama 🦊💔 pic.twitter.com/qPlkDBecpw

This flashback Kurama has of Naruto! 😭💔 pic.twitter.com/0i2H0Qy11U

IM CRYING THINKING ABOUT THE FACT THAT THIS IS NARUTO AND KURAMA'S LAST SMILE TO EACH OTHER 😭💔 #BORUTO pic.twitter.com/23eUsVLOHj

Nah man…I…..don’t watch Boruto but as someone who grew up with Naruto, seeing Kurama/Nine-Tails pass fks me up 🥲
pic.twitter.com/Twu33oFDdl

Though he never wanted to admit or be upfront about his feelings, Kurama always wanted to protect Naruto and his family pic.twitter.com/17jpygPUJ7

“let's stay together in the afterlife too, okay?”

even after death, naruto always wanted to be alongside kurama
pic.twitter.com/G25hFaiEU8

An appreciation tweet for Naruto Uzumaki with his best pal Kurama pic.twitter.com/uCDzEFhft4

Naruto fans trying to comfort each other on the timeline after watching the Naruto and Kurama scene. #BORUTO pic.twitter.com/ct3zFSAcsn

Naruto 😭😭😭 his scream breaks my heart. He just lost part of himself, literally 😭😭😭 #KURAMA #BORUTO pic.twitter.com/edq3ESn49C

Some had even pointed out that the episode where Kurama had died was aired coincides with the date the first episode of Naruto first came out 19 years ago. Ouch. We all grew up with Naruto, admit it or not.

Fs in the chat for Naruto’s best companion (before Sasuke lmao), please. Though, hopefully Naruto, Sasuke and Boruto get through Isshiki Otsutsuki well. 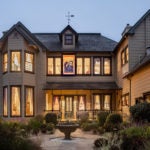 LF: A spooky staycation? Airbnb will be renting out the house from Scream 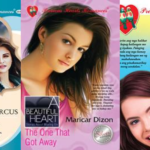