(I literally just wrote about Soojin’s potential comeback with the group a month ago.)

Neverlands and casual listeners of (G)I-DLE were definitely not expecting this piece of news.

On August 14, 2021, CUBE Entertainment, the girl group’s label, announced the departure of Soojin, (G)I-DLE’s main dancer through an official statement. While they have apologized for the concerns raised by their artist’s “controversy”, the agency ultimately decided to let Soojin leave the girl group.

CUBE Entertainment has also detailed that (G)I-DLE will continue carrying out their activities in a 5-member system with the remaining members: Soyeon, Miyeon, Yuqi, Minnie, and Shuhua.

K-Pop stans on Twitter were abuzz after Korean and K-Pop culture media outlets began circulating their articles. Neverlands, (G)I-DLE’s fans, were even more devastated with this turn of events. Some were even angry with CUBE’s decision, citing the undeserved treatment received by Soojin during the time her “controversy” when all she did was prove her innocence by stating the inaccuracies in her accuser’s story.

Come on @cubeunited, accept that you can't handle the groups! You should never have been a company
JSY Entertainment we are waiting for you#NEVERLAND_LOVES_SOOJIN pic.twitter.com/pNefTKLoYU

"Soojin seems nice, so people think it's okay to mistreat her. but she's a human too, she can't put up with everything. i've never seen soojin get angry and yall at someone. even when she gets hurt, she smiles" pic.twitter.com/VNA0jI68x8

Never ever apologize for the things that you never did.
Even when almost everyone turned their back on you.

After she wrote that long letter, she stood firm & fought till the end. @G_I_DLE #GIDLE pic.twitter.com/B1GdHw5rYM

Goodbye #Soojin
Thank you for being (G)I-dle members
Stay healthy, I will always love you pic.twitter.com/OAtnys9EMr

soojin's last letter showed how much she wanted to prove her innocence. cube could've atleast explained how the trial went or was there even one to begin with. we fucking deserve an explanation (1/4) pic.twitter.com/DxsVJKA1jl

As of writing, Neverlands have started a petition wanting Cube to explain their decision, to bring Soojin back to (G)I-DLE, and to give justice to the (G)I-DLE’s main dancer. (You can find the petition here). It’s also come to fans’ attention that Soojin’s accuser deleted all her posts that accused Soojin of bullying her. Some have even started leaving comments about the situation on her social media, saying that she was shameless and that she ruined someone’s future.

Later, it had been reported by Sports Kyunghang that the decision regarding Soojin’s removal from (G)I-DLE had already been decided in March 2021—when Soojin’s controversy first broke out. This decision was made in connection to (G)I-DLE’s activities, in which the controversy had a negative effect on their activities as a group. Sports Kyunghang also reported that both CUBE Ent. and (G)I-DLE saw that they could not delay their group activities anymore, which later on led to Soojin’s ultimate removal.

Earlier in the year, CUBE Entertainment announced Soojin’s temporary hiatus from group activities. Active members of (G)I-DLE continued on with their solo activities: Soyeon with her comeback last July, Yuqi’s solo debut and China promotions, Minnie’s acting debut in Netflix sitcom “So Not Worth It”, and Miyeon’s web drama and MC gig.

Neverlands are rightfully angry at CUBE Entertainment for this turn of events. Hopefully, CUBE Ent. can see the emotions of their fans and to reconsider their position.

Cube, this gift is for you : pic.twitter.com/VLrsMGSdtS

But knowing them, they’re being trash to their artists. Just look at how they handled HyunA and Dawn’s dating announcement. That should probably say enough about how they actually treat their artists. 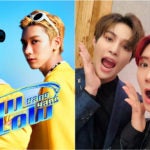 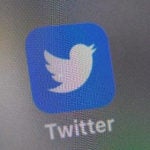