In an era where the days feel longer and the nights seem quieter, what once gave life to the city after dark and lit up its streets now find themselves dim. Yet somewhere in Metro Manila, Celeste Lapida — student by day, drag queen by night, and filmmaker by heart — longs to revive and revisit the dance floor against all odds, in hopes of capturing a story of finding freedom.

As someone who identifies as transfeminine nonbinary, Celeste Lapida (she/they) has found a community in the local queer club scene over the years. She recounts how spaces like XX:XX and TodayxFuture provided refuge to anyone who was in the midst of discovering who they were. With the endless room to explore however they wished to express themselves, it sparked inspiration for what would eventually become ‘Taking My Time to Dance’.

In 2016, her first short film titled Contestant #4 (which she co-directed with Kaj Palanca) premiered in QCinema International Film Festival. Six years and a few awards later, Celeste Lapida has set her eyes on making her second short by this year.

‘Taking My Time to Dance’ is a coming of age film about Rana who is a young effeminate queer person exploring their gender identity through drag.

Celeste shares how she initially got the idea back in late 2018, right at a pivotal time in her self-discovery. “During that time I was just beginning to express my gender in the more feminine side.” While she says that she has always expressed her gender in a more ambiguous area, she states that “ambiguity is something scary because the world doesn’t really accept out of those binaries.”

Fortunately, thanks to the community she was surrounded with, she was able to take her time—on her own terms—to fully realize who she was as a young queer person.

Inspired by films centered on women looking out for each other like ‘Jeanne Dielman’ (dir. Chantal Akerman), ‘Bitter Tears of Petra von Kant’ (dir. Rainer Werner Fassbinder), and ‘Portrait of a Lady on Fire’ (dir. Céline Sciamma), Celeste wishes to paint her own picture of what that experience looks like for her.

With the passion to share what it means to find freedom on the dance floor, Celeste scored a grant from Globe Studios in 2019 to produce ‘Taking My Time to Dance’. However, due to the unforeseen pandemic, they were unable to pursue their plans of production last year.

Celeste and her crew recently had to launch a crowdfunding campaign just to make up the extra cost they’d be spending on testing and equipment in order to comply with safety protocols. As of writing, they have since raised PHP 156,214, which the filmmaker credits to the queer community.

“What’s a big inspiration of the film is queer people looking out for each other […] and nakakatuwa kasi we’re getting that exact experience through this crowdfunding,” says Celeste. She thanks her friends who were willing to pledge and also propose other ways of helping.

Although they have been able to surpass their initial goal of PHP 150,000, Celeste admits that there are still a few more obstacles to go through.

In terms of casting for ‘Taking My Time to Dance’, it’s been challenging to find trans queer actors in the middle of the pandemic — “Especially with Rana, may specific skill required which is dancing,” says Celeste. As their film also calls for a grandmother role, that’s been an additional struggle for the team since there are very few senior citizens so would be willing to work nowadays.

Yet, the team remains hopeful despite these setbacks. As the director, Celeste takes pride in her crew, with queer and women creatives making up the majority, who are all equally as excited to work on something that celebrates speaking your truth.

The film’s editor, Klarisse Purugganan, shares how “[Taking My Time to Dance] brings so much of comfort, beauty, grace and confidence. The same way as I look up to my friends (who are majority part of the community).” To which Selene Almeron, DOP, points out is “something so hard to achieve especially living in a heteronormative world.”

For Nicole Rosacay, Sound Designer, she emphasizes the importance of having a film like this from the Philippines that explores gender identity so openly. She also explains how film may be a visual medium, but sound plays a significant role in navigating the nuances of a character’s journey — much like how it’s not always a straightforward process in coming to terms with ones identity.

“There’s a lot of listening that goes into that, of really tuning in to the parts of yourself that need to be explored or understood a bit more, because it’s not always a thing that you can necessarily see,” Nicole continues. “And working on the film’s sound, there’s a creative leverage that I think is mutual between myself and this project that can be quite intimate as both an auditory and queer person.”

“I’m excited for us to make a film where we all discover ourselves and feel content and happiness to who we are. Not just that, but supporting that comfortness in each other. I think this film is a representation of all those things,” concludes Selene.

With three days left until their crowdfunding ends, Celeste Lapida and her crew are one step closer to reviving the dance floor at last. If you’re interested in supporting ‘Taking My Time to Dance’ on the last leg of the campaign, they accept any amount while rewards start at only PHP 500.

You may check out their page on The Spark Project for more details. Hear more from Celeste Lapida featured on POP! Bio or follow her on Instagram.

Cinemalaya filmmakers persevere and spark inspiration despite the pandemic 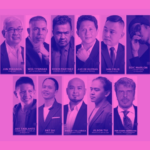 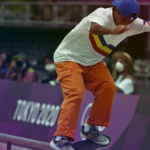