Perhaps there are far stranger things happening in Hollywood right now that are worthy of addressing. As allegations of grooming surround 17-year-old actress Millie Bobby Brown, fans and the media are putting the spotlight on a pressing matter when it comes to child stars — and it seems like she’s not the only one we should be concerned about.

‘Stranger Things’ actor Millie Bobby Brown has recently been the subject of crude remarks by TikToker Hunter Echo, where he claims to have “groomed” the young star. 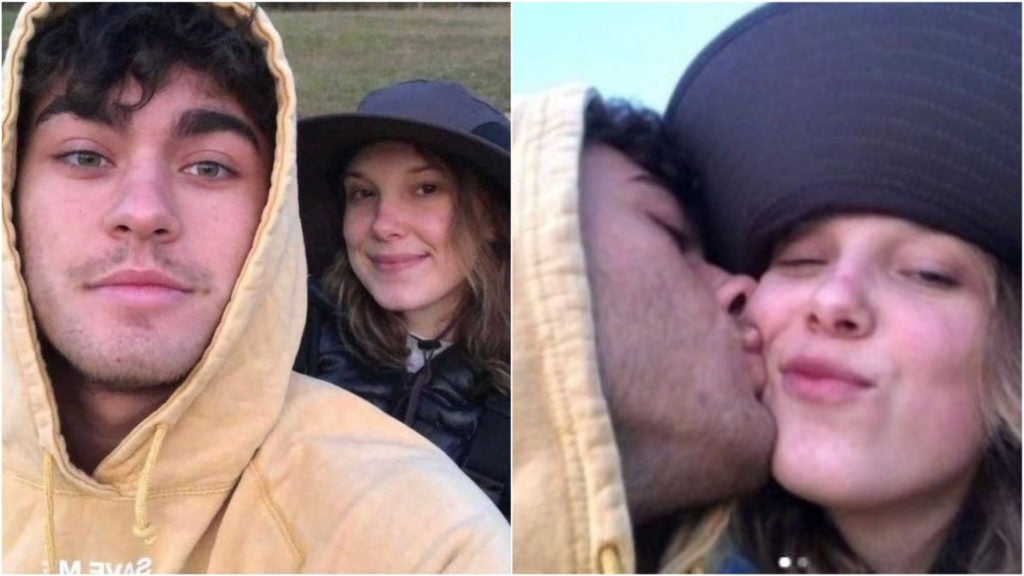 It was previously rumored that the teenage actress was in a relationship with the online personality just last year. This would mean that Millie was 16-years-old at the time while Hunter was 20-years-old. While their obvious age difference already raises a red flag, it doesn’t stop there.

On Monday, July 12 Hunter Echo took to Instagram Live to address the rumors and declared them to be true. He then went on to reveal explicit details of their alleged relationship — many of which were sexual and highly inappropriate to discuss in regards to someone underaged.

He discloses that he was apparently living with the Hollywood starlet during their 8-month relationship, and stated that even Millie’s parents were aware of it.

While the Instagram Live has since been deleted off his page, a few people were able to capture a recording and share it online — leaving Hunter’s statements out for scrutiny. 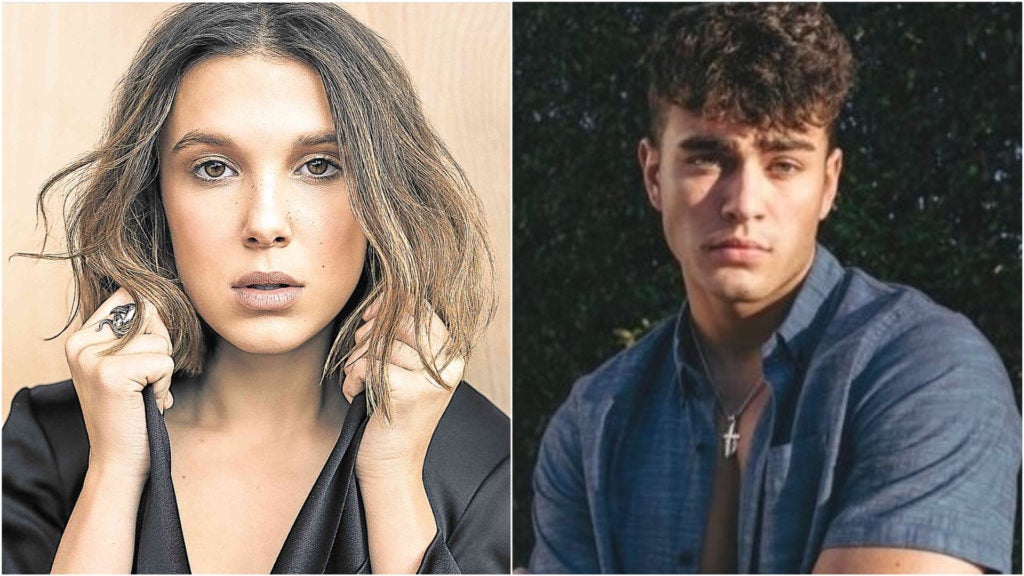 In the footage, Hunter Echo implied that he and Millie Bobby Brown engaged in sexual activities. As one viewer commented “that child knew how to such d**k,” the TikToker laughed and responded with “she did.”

Among the countless lewd remarks said by Hunter, it appears that he is proud to have groomed the minor based on his own words. One person said during the live “imagine being a grown adult and dating a kid. A groomer,” to which Hunter responded, “Yeah, no I groomed her”.

Millie Bobby Brown’s team has since spoken up against his claims and have shared to press that they are planning to take action. In a statement addressing the issue, her representatives wrote “Mr. Ecimovic’s remarks on social media are not only dishonest, but also are irresponsible, offensive and hateful.”

When Millie Bobby Brown became a household name overnight thanks to her breakout role in ‘Stranger Things’, plenty of concerns were raised regarding the level of fame she gained at her age. Many people were quick to point out the dangers of the industry towards child stars; among the concerned was her on-screen father David Harbour.

“I think she’s in the crosshairs of something extremely dangerous that no one seems to really be paying attention to,” said David Harbour in an interview back in 2018. He also said being famous so young was difficult and hoped “she gets the help that she needs,” and that he wants to “protect her as much as [he] can”.

It’s quite unfortunate that Millie Bobby Brown’s current situation with Hunter Echo happened despite the warning signs. Regardless of the legitimacy of Hunter’s claims (particularly about her parents), it’s clear that the people closest to Millie aren’t doing enough to safeguard the 17-year-old.

Firstly, why would a minor be allowed to spend that much alone time— enough time to warrant a relationship for that matter— with someone much older than her?

While there is of course no problem with fostering friendships with people of all ages, especially considering what her work entails as an actor, it becomes a red flag when romance and intimacy is involved.

Child stars have always been been vulnerable to grooming and manipulation by adults. They are often told that they are “mature for their age” so they are allowed to make their own decisions despite being under the age of consent. And even if sex isn’t necessarily involved all the time, isn’t it creepy for them to be waiting on someone to turn 18 so they can get away with it “legally”?

Again, whether or not the allegations are true, Hunter Echo still consciously took advantage of Millie Bobby Brown and played a hand in asserting some type of relationship.

However, it seems like the ‘Stranger Things’ star isn’t the only one people have recently become concerned about. 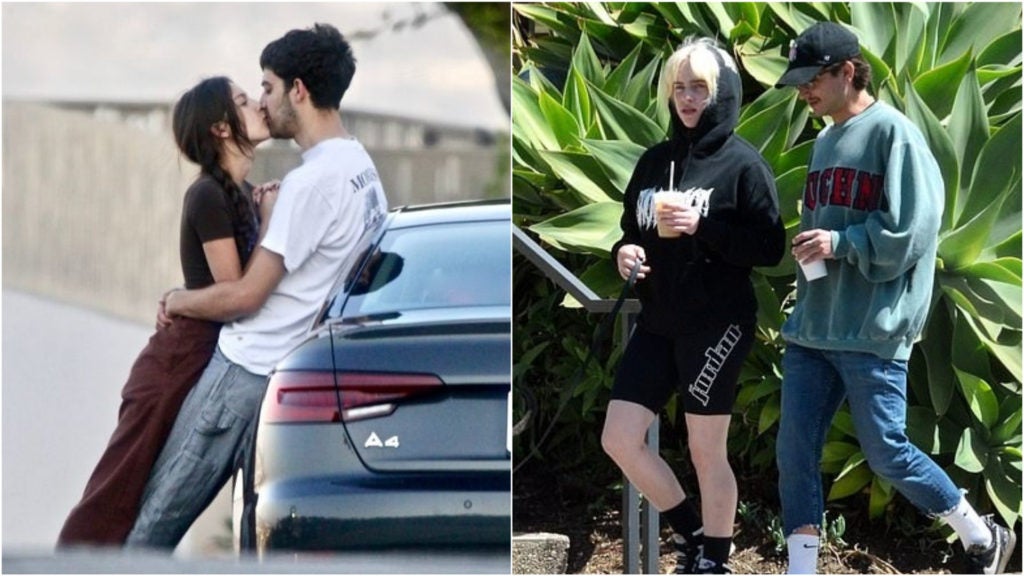 Fans on Twitter have pointed out that Gen Z favorites Olivia Rodrigo and Billie Eilish both have partners who are remarkably older than them.

Last May, Billie Eilish was rumored to be off the market after people speculated her to be dating budding actor Matthew Tyler Vorce, but it wasn’t confirmed until a few weeks ago when paparazzi captured the couple together.

While not much is known about Matthew Tyler Vorce besides what’s on his IMDb page, one detail has caught the attention of the public. A number of people have taken issue with their 10-year age difference, with the ‘Lost Cause’ singer being 19 while her new beau is 29.

Although sources claim that they met through industry friends, allegations have been circling internet spaces that they have known each other since the singer-songwriter was only 13.

Suffice to say, users have begun expressing their dismay with the number of teen celebrities who seem to be coupling up with older men. Fans on Twitter have since been speaking out about protecting child stars, particularly young impressionable girls in Hollywood. While they are far from being considered kids, their origins as child stars or teens in the spotlight definitely poses as a concern for how they’re being treated in the industry.

they've gotten her into a marketing dating contract more than once, recently they allowed her with 16 to date a 20 year old man and he and his friends spread some photos today taking advantage of the situation, he keeps laughing at this disgusting situation.

in the past like week I’ve seen that Billie Eilish, Olivia Rodrigo, and Millie Bobby Brown are all dating men substantially older than them. Do these girls not have family/good ppl around them to keep em safe? And fans are blaming the girls instead of the predators dating them.

There is admittedly a stark difference between the situations of Billie Eilish and Olivia Rodrigo compared to Millie Bobby Brown — however, a fine line remains on what it means to be in a consenting adult.

Age gaps among couples seem to be normalized in Hollywood, with pairings like Florence Pugh (25) and Zach Braff (46) for example. But what about those who seem to be cutting it a little too close for comfort?

On one hand, the ‘Stranger Things’ star is very much still considered a minor so it goes without saying that her alleged relationship with Hunter Echo was questionable.

While on the other hand, the two music artists are on the cusp of the age of consent, yet technically have every right to decide who they want to date. It all really boils down to the intentions of their partners and the circumstances in which they met.

How long have they known each other? Did their relationship start off platonic or was it always flirtatious?

Although we may never know the full details of their relationships (and we should respect their privacy), it does paint a bleak picture of what could possibly be happening behind the scenes with these young celebrities. All we really can do as fans is to hope that they are making informed decisions, and that they have people looking out for their best interest. 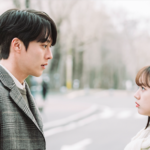 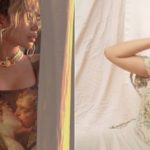 Sustainability with flare: 9 online thrift shops that upcycle their pieces