In October 2017, journalists Megan Twohey and Jodi Kantor published a New York Times article that highlighted the stories of several women’s encounters with Harvey Weinstein and his inappropriate, traumatic sexual advances which mostly turned into actual unconsented sexual acts of harassment, assault, and even rape.

This sparked the #MeToo movement, which gave victims of sexual abuse the confidence to stand up against their abusers, and gave a voice for many who felt repressed and unheard.

In light of the news that Carey Mulligan and Zoe Kazan are signing up to star as the two award-winning New York Times journalists in an upcoming film called “She Said”, lets take a step back and look at the effect of #MeToo in Hollywood almost four years after the Harvey Weinstein scandal.

Actress Alyssa Milano was one of the many who read the articles about Weinstein’s terrible acts and abuses, and as a result, was encouraged to tweet out this screenshot, seen below.

If you’ve been sexually harassed or assaulted write ‘me too’ as a reply to this tweet. pic.twitter.com/k2oeCiUf9n

This tweet started the #MeToo movement, which became a driving force in the industry that gave many victims of inappropriate sexual acts to come forward and rightfully expose those who wronged them, in order to remove them of their power and to stop those acts from happening again.

Abusers like Kevin Spacey, who harassed a young boy; James Franco, who had sexually exploitative behavior; Louis C.K, who exposed himself and ‘pleasured’ himself in front of several women; and Ben Affleck, who groped several women and actresses, all got exposed and their actions were put into light.

Hundreds of powerful men and their disgusting sexual acts towards women and the marginalized were now bare to public for all to see, because of the #MeToo Movement. It highlighted the fact that there are many gender disparities in power, which is seen not only in the film and tv industry, but in all of society.

However, an important question arises: is there progress towards gender equity in Hollywood?

Thankfully, research is there to help us answer difficult questions. Studies led by Hong Luo of the Harvard Business School measure the impact of #MeToo on gender equity in Hollywood.

What they found was that producers associated with Weinstein hired 40% more female writers, mainly driven by female producers. These were not “token” hirings, as writing team sizes did not change.

In another study by Luo, they found that more female writers working with people associated with Weinstein worked on stories with a male protagonist, and were less likely to work on genres exclusively associated with women, like drama and romance.

This suggests that there is a reduction of stereotypes when it comes to assigning stories and scripts for female writers.

In addition to this, after the #MeToo movement, there had been many changes in the guidelines in Hollywood guilds and agencies – all aimed to protect women from more sexual abuse. The law changed in the United States as well, protecting employees from sexual harassment and gender discrimination.

Actress Vanessa Kirby also had noticed a difference in Hollywood after #MeToo.

“I noticed there was an overnight difference when the #METOO movement was founded, and the Weinstein thing happened. There was a difference in how people spoke to me or awareness around it.”

In 2018, the #MeToo movement had brought down more than 200 powerful men. Surely in 2021, there have been more and more people in power who have received the consequences of their disgusting actions. There is proof of change, backed up by research, new guidelines and laws, and the testimonies of people.

As the upcoming film “She Said” starts production and eventually premieres in theaters in a still unknown date, we to continue to fight for those who have suffered, and let the movement carry on until we foresee a future that is completely devoid of the abuses of those in power – to the many who take advantage of the patriarchal structure not only seen in Hollywood, but in all of society. 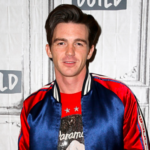 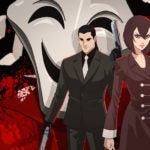