Avatar: The Last Airbender is a beloved animated series that originally aired on Nickelodeon. It’s been almost twenty years since the series was created, and seven years since its sequel series, The Legend of Korra, ended. The creators of the beloved series have admitted they still have a lot they want to do with Aang and Korra’s universe.

Meder Taab, an artist from the original series, recently went viral for their lifelike take on Katara. The artist shared both an image of the artwork and an animated version of it, with Katara’s hair gently swaying in the wind, and the background flowing with the music.

Meder Taab also shared a TikTok video showing a bit of the process for drawing Katara:

Aw thank you so much! I really appreciate all your kind words 🙏✨

Katara of the Water Tribe was one of the main characters of the series, and she played a significant role in Aang’s story as the Avatar. She became one of the strongest benders in the world, learning both water bending and blood bending.

After all these years, the show still has plenty of devoted fans and has also gained new ones when both Avatar: The Last Airbender and The Legend of Korra were brought to Netflix.

The creators of the beloved series have admitted they still have a lot they want to do with Aang and Korra’s universe. Last February, it was announced that the creators will be bringing back the world of Avatar with a new studio that Paramount created specifically for the new project.

Meanwhile, Netflix is also planning to have a live-action adaptation of the series.

With new projects from Paramount and a live-action adaptation from Netflix on the way, it’s exciting to see what the creators have in store for revisiting the Avatar universe. 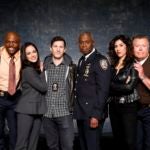