The beloved sitcom ‘Brooklyn Nine Nine’ will be releasing their eighth and last season this August.  The show officially wrapped up filming the final episode last June 10. The cast and crew posted their touching farewell to the fans on their social media accounts.

Brooklyn Nine Nine aired in 2013, the police sitcom revolves around a team of detectives in their precinct, including mischievous detective Jake Peralta who is in constant conflict with Captain Raymond Holt. 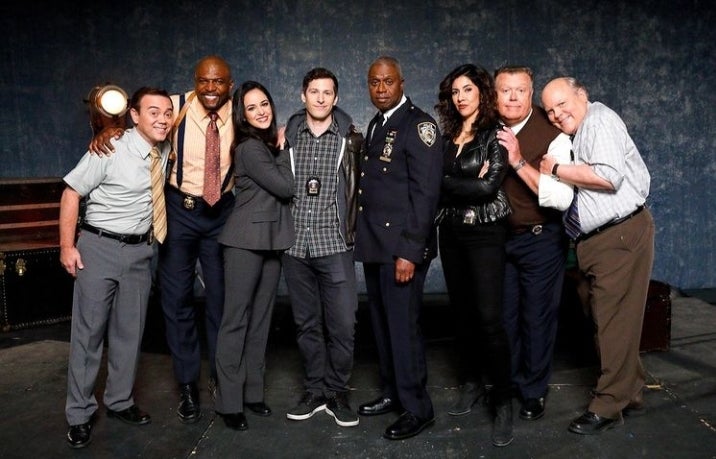 Melissa Fumero who plays Amy Santiago shared a photo of her badge along with the memory behind it. 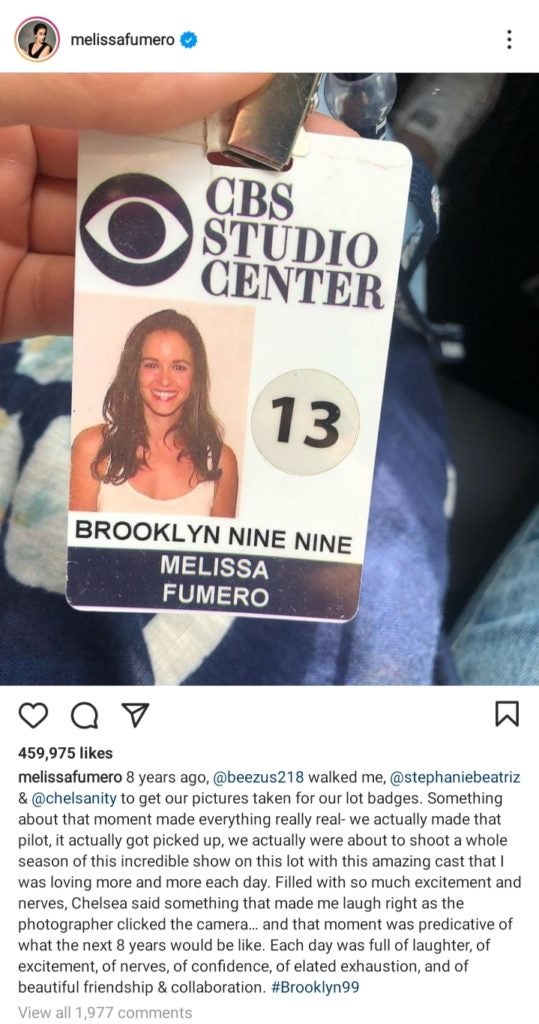 “Filled with so much excitement and nerves, Chelsea said something that made me laugh right as the photographer clicked the camera… and that moment was predictive of what the next 8 years would be like. Each day was full of laughter, of excitement, of nerves, of confidence, of elated exhaustion, and of beautiful friendship & collaboration. #Brooklyn99” Melissa Fumero posted.

Yogurt lover Lieutenant Terry Jeffords played by Terry Crews shared side-by-side photos from his pilot shoot and the last shoot of the show. 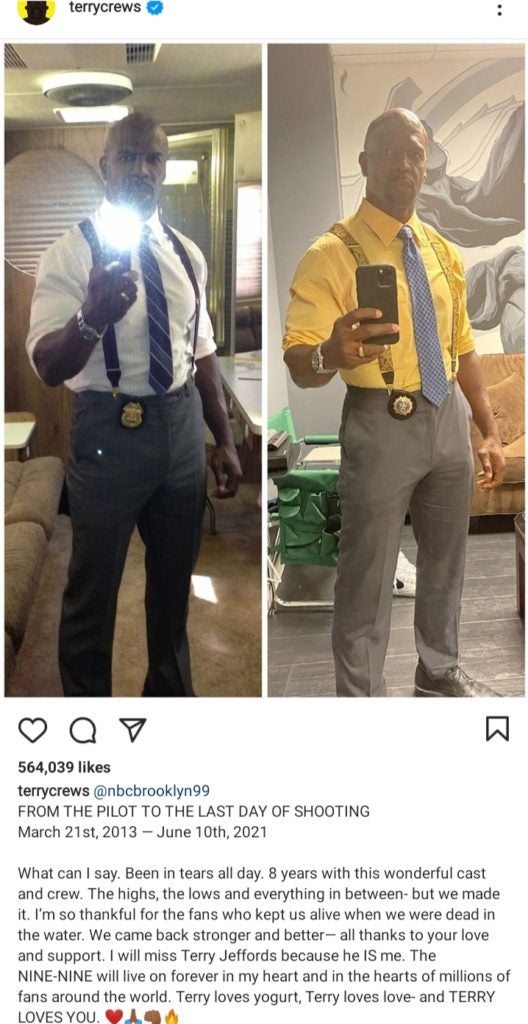 “I will miss Terry Jeffords because he IS me. The NINE-NINE will live on forever in my heart and in the hearts of millions of fans around the world. Terry loves yogurt, Terry loves love- and TERRY LOVES YOU.” 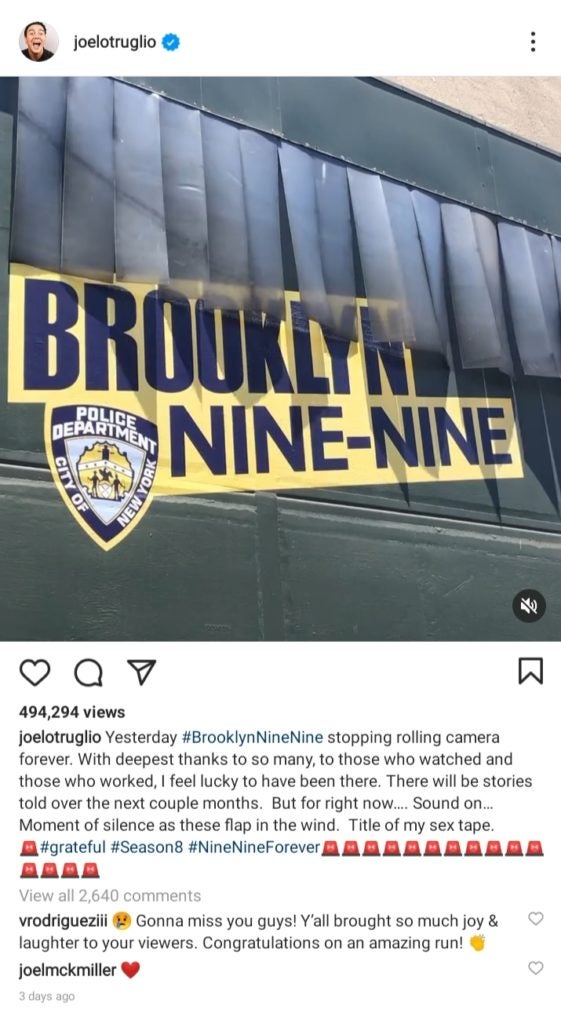 “With deepest thanks to so many, to those who watched and those who worked, I feel lucky to have been there. There will be stories told over the next couple months. But for right now…. Sound on… Moment of silence as these flap in the wind. Title of my sex tape.” 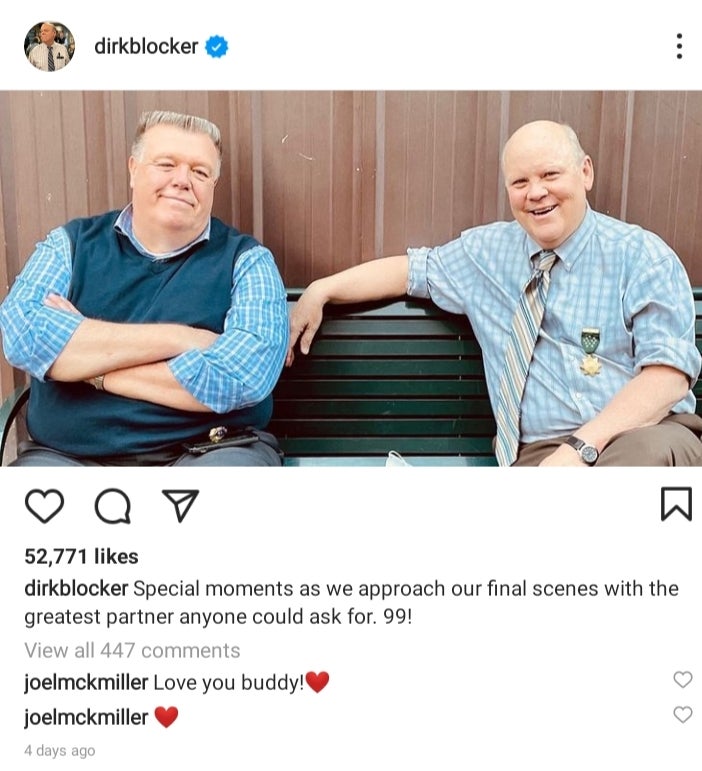 “Special moments as we approach our final scenes with the greatest partner anyone could ask for. 99!” 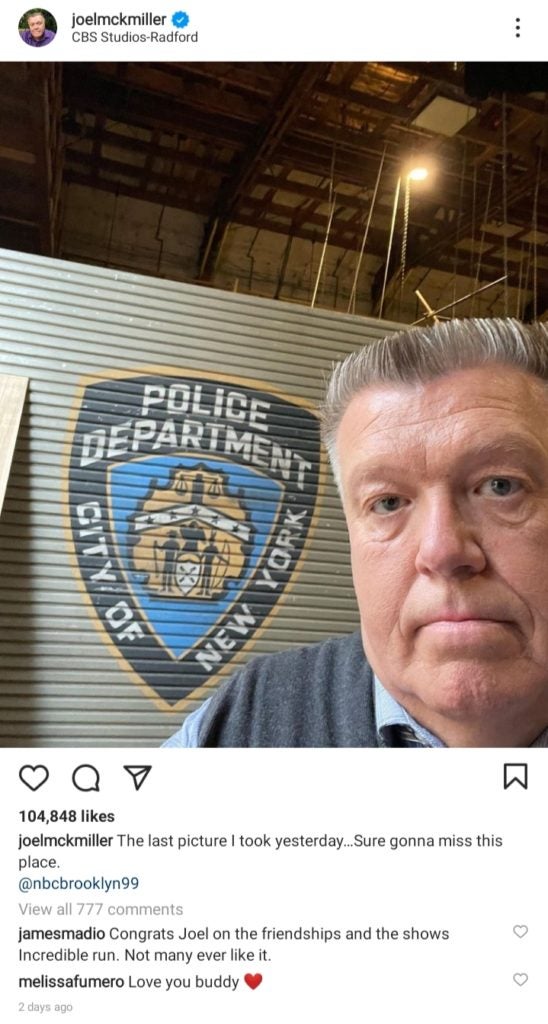 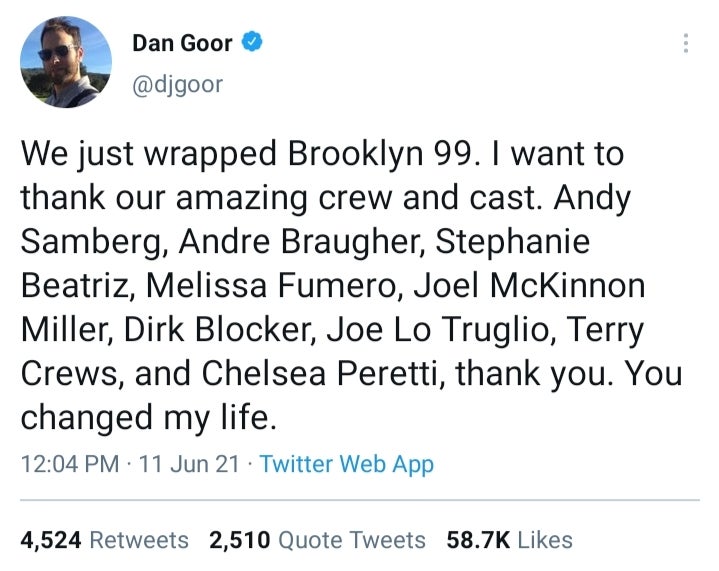 Michael Schur, under the pen name of Ken Tremendous, who was also a creator of the show shared a picture on Twitter on the email between him and Dan Goor conceptualizing Brooklyn Nine Nine. 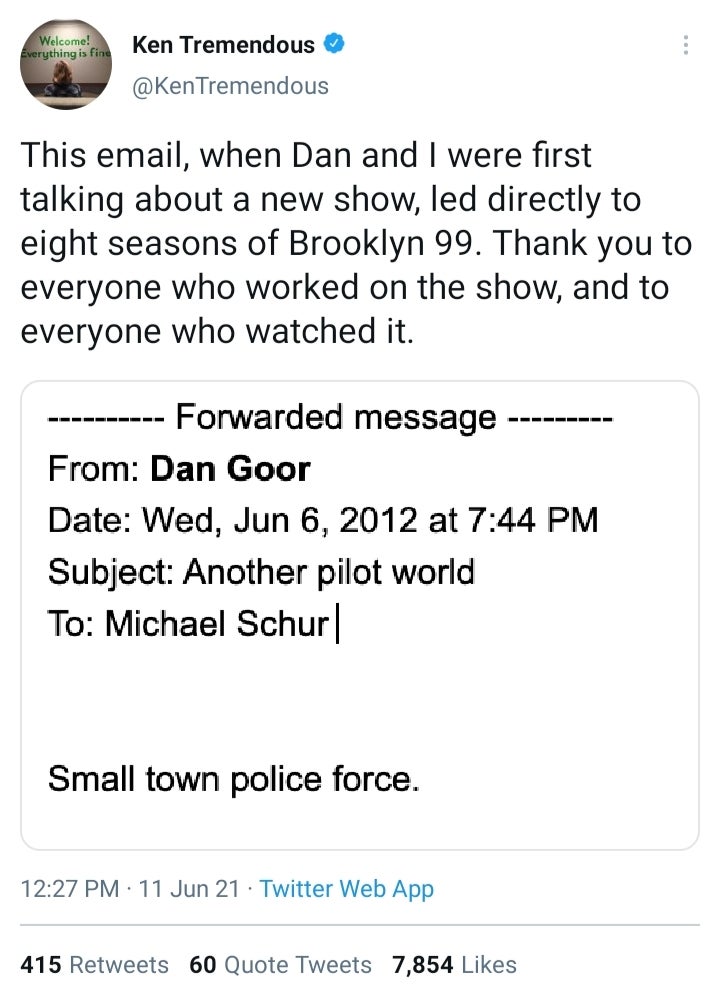 “This email, when Dan and I were first talking about a new show, led directly to eight seasons of Brooklyn 99. Thank you to everyone who worked on the show, and to everyone who watched it.”

Brooklyn Nine Nine’s last season can be streamed at Netflix.