It looks like Olivia Rodrigo isn’t just getting heartbreak with her new drivers license, but also her first ticket.

The ‘Drivers License’ singer recently shared on her Instagram story that she received a parking ticket, accompanied by a hilarious caption.

Yes Olivia, it’s not all fun and games. You probably should’ve checked the “sidewalks you crossed” instead of “hearing voices in the traffic.” 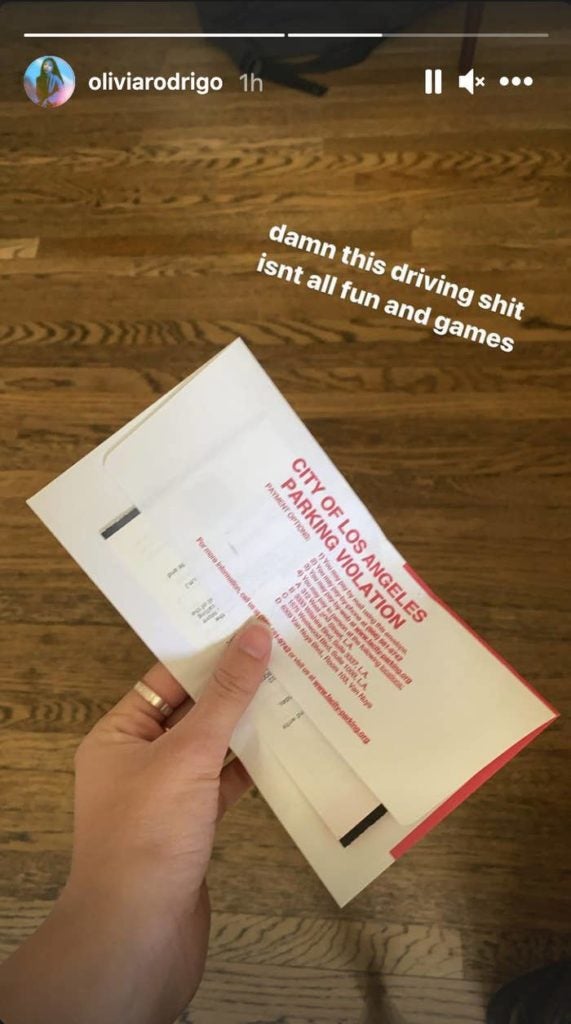 We wonder if she felt any ‘deja vu’ when she found the parking ticket on her car. Maybe this will spark a new song entirely about the trials of a new driver.

The 18-year-old artist just announced her debut album ‘Sour’ along with its track list.

With the roaring success of her first single, fans are excited to hear the rest of her music when ‘Sour’ drops on May 21st.