Taylor Swift, the most productive singer-songwriter in quarantine, recently released a re-recording of her 2008 single ‘Love Story’.

This marks as the artist’s first step in reclaiming ownership over her work. Taylor had announced back in 2019 that she would be re-recording her first six albums, from her self-titled debut all through ‘Reputation’, after a dispute with the pop star’s former label. They had sold the masters of her songs against her will, taking away the ability for her to control when it could be used in films or advertisements. Taylor’s re-recorded albums will give herself full rights to her own music.

On February 11, Taylor took to Instagram to drop the news that she’d be starting off her “Taylor’s Version” project with her sophomore album. And fans are dancing in a storm in their best dress fearless, just like they’re fifteen again. She also surprised everyone by revealing that the updated album would include 6 unreleased songs from “the vault.”

I’m thrilled to tell you that my new version of Fearless (Taylor’s Version) is done and will be with you soon. It has 26 songs including 6 never before released songs from the vault. Love Story (Taylor’s Version) will be out tonight. Pre-order now at https://t.co/NqBDS6cGFl 💛💛 pic.twitter.com/Vjyy2gA72O

She breathed new life into ‘Love Story (Taylor’s Version)’, while still capturing the same innocence we all felt from 18-year-old Taylor. Now everyone’s anticipating how else she’ll be reimagining her other songs, and what the unreleased tracks could be. But we might get a hint from her physical copies of ‘Lover’ where she includes some pages from her childhood journals.

Fans have a hunch that these songs could possibly be included in the re-recordings:

Taylor wrote this song at 16-years-old. She said that she had written it for her high school talent show, in front of the boy she wrote it about. The demo recording circulated around before she got a record deal with Big Machine Records.

This unreleased song was leaked from her demo CD in 2004. It was co-written and produced by Robert Ellis Orrall. ‘Dark Blue Tennessee’ tells the story of two people who are still in love after ending their relationship.

Someone Loves You – Taylor Swift

In one of her editions of ‘Lover’, the artist shares an entry from February 14, 2004. Fans deduced that it was probably intended for her debut album.

“I woke up and perfected/tweaked this new song I wrote yesterday called Someone Loves You — It basically says that no matter what you’ve done or where you are in life, somewhere someone loves you. I wrote another one called Outside — It’s about being left out in the cold and being — well, an outsider. I don’t know if it’ll go anywhere, but it made me feel better.”

After Taylor’s career kicked off with the release of her self-titled album, she was drawing crowds in her live shows. She had performed ‘Permanent Marker’ a few times and told the audience it would be on her upcoming album. It was reported that she wrote this song about a girl who broke her little brother’s heart. However, it was ultimately cut from Fearless and was instead replaced by ‘Forever & Always’.

This song was apparently written for Speak Now, but not much is known about the contents. No one outside of Taylor’s team has heard it nor have any of its lyrics been leaked.

A recording of ‘Let’s Go’ was leaked in November 2018. Fans are divided whether the song was intended for Speak Now, or if it was written between Red and 1989.

The ‘Sparks Fly’ we now know and love was actually an edited version of Taylor’s 2010 track. The original lyrics had more mature imagery with it set in “an empty bar,” which was deemed not suitable for her young fanbase at the time. However, she had already performed it live a few times during her Fearless tour.

Taylor mentions this song in one of her Lover journals. ‘Nothin’ New’ was apparently cut from her 2012 album, Red. She shared a verse from the unreleased track.

“I’m getting older and less sure of what you like about me anyway
How can a person know everything at 18 and nothing at 22
And will you still want me when I’m nothin’ new?”

All Too Well (Extended Version) – Red

Fans are hoping that one of Taylor Swift’s possible unreleased songs is the 10-minute version of her most heartbreaking piece to date, ‘All Too Well’. It was the most talked about journal entry after sharing it in her deluxe editions of Lover. Just imagine what the existence of this version could do to swifties.

There’s no doubt that everyone’s excited to get the rest of Taylor’s re-recordings. In her almost 15-years-long career, who knows how many pages of lyrics she has kept in her diaries that we have yet to hear. 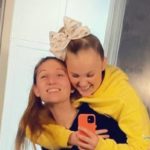 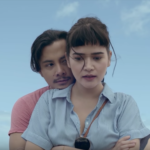