What an exciting time for Swifties the world over!

Taylor Swift recently debuted her re-recorded “Fearless” album which features a song which many of us related to, at one point in our lives.

Back in 2008, Taylor Swift released “Breathe” which she co-wrote and co-sung with singer-songwriter Colbie Caillat. The Grammy award winner shared that during the time she was coming up with the idea for the song, Colbie was also in town for a show; the two sat down and had the most amazing time writing the song. 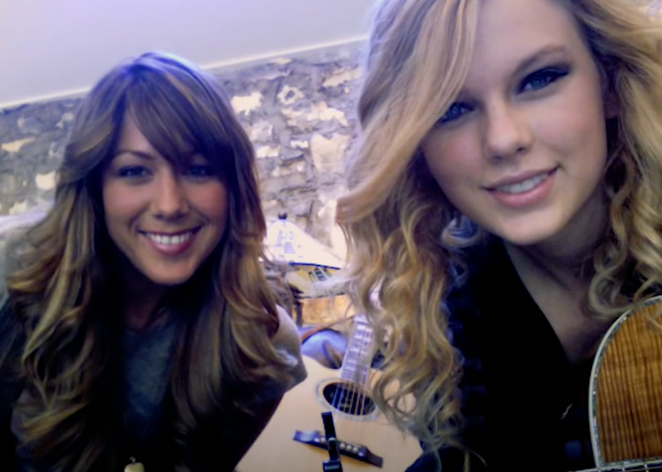 "And I'm so lucky because she agreed to do the same backup vocals for on my version of 'Breathe'."

It’s quite refreshing to once again hear the warm and melancholic sound of the ‘Bubbly’ singer, so this throwback collaboration surely brings excitement, nostalgia, and–for some–hilarity to many fans. With that in mind, we took to Twitter to round up some of the very best reactions to this re-release:

me crying at 10pm to breathe ft colbie caillat https://t.co/xIIKZTfKSa

My ONLY compliant is I would like more Colbie, but again, this song lends itself better to her more mature voice. #FearlessTaylorsVersion

colbie caillat after realizing taylor lowered her vocals on the breathe re-recording: pic.twitter.com/wlAtdng2aN

Taylor beating up colbie caillat so she only gets background vocals again pic.twitter.com/YPH5lZU1PP

i feel like taylor swift and colbie caillat literally have not spoken a word to each other since 2008 until like two months ago when taylor called her up and was like "hey can you just sing this again really quick and email it to my team thanks so much!!!"

taylor pulling colbie caillat out of the grave to hum some background vocals pic.twitter.com/eAiqt8Esfp

taylor swift and colbie caillat in one track is just too much 2007 throwback pic.twitter.com/6mBy8J2nZn

LOL all you want, at least these ‘astronauts’ in a palengke are being safe