Harry Styles and Taylor Swift’s brief reunion at the Grammys looked like a ‘Folklore’ song come to life.

The artists went home as winners with Styles scoring Best Pop Solo Performance, and Swift earning her third Album of the Year award. While fans celebrated their milestones, the duo also became a hot topic on social media after they were spotted together at the ceremony.

When Taylor Swift dropped ‘Folklore’, fans were already in tears by the first song — leaving everyone curious to know who was the former lover that inspired her to write ‘the 1’. Swifties have been suggesting that the track about a long lost relationship was a reference to her romance with Harry Styles. Their theory was only magnified after the two appeared to have a quick chat at the Grammys.

I have this dream you're doing cool shit pic.twitter.com/jtv9DsybGb

Taylor Swift and Harry Styles dated shortly back in 2012 for two months. Their breakup sparked speculation over their songs as fans found connections in some of their lyrics. A popular theory is that ‘Style’ from Swift’s ‘1989’ album was about the former One Direction member because of the obvious hint to his name.

As dubbed by fans, the “divorced parents” were seen on a behind-the-scenes livestream during Doja Cat’s performance of ‘Say So’. It was pleasant for people to see them remain in good terms despite all the drama brought by media earlier in their careers.

“it was nice to see you” pic.twitter.com/j1UbSsI0ws

“we never go out of style” pic.twitter.com/xmqTd2SHQ6

While we may never know if Harry Styles is truly ‘the 1’ for Taylor Swift, the two seem happy for the most part.

Swift has been in a long-term relationship with actor Joe Alwyn. On the other hand, Styles recently sparked a romance with ‘Booksmart’ director Olivia Wilde. 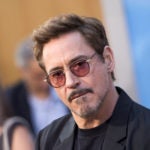 Robert Downey Jr. a contender for Worst Actor in this year’s Razzies 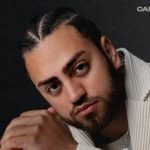