(Erratum: The original version of this story incorrectly stated Kahoy World Museum as the name of the antiques museum owned by Kyle Gianan. The part has been updated to reflect the correct name, which is Museo ng Kahapon. —POP! Editors)

It can be century-old coins, signage of iconic stores that no longer exist, basketball tickets, vintage soda bottles, original LP records, cedulas, old sports memorabilia, antique jars, furniture, and home gadgets, electronics, or anything and everything considered junk by others but are priceless for a few—these are some of the items that Filipino collectors, well, collect.  These collectors are called Pinoy Pickers. They scour every nook and cranny of junk shops, thrift stores, old basements, vintage stores in the country–even combing online marketplaces–in the process acquiring various valuable items. Some of these items could actually tell us the history of our heydays.

The rise in Pinoy picking may be rooted to American Pickers, a show in History Channel which featured two of America’s finest collectible pickers, Mike Wolfe and Frank Fritz. They travel across the US to buy or “pick” various items for resale or for their personal collection. The show’s series is summed up in these two guys’ introduction: “We’re pickers. We are looking for amazing things buried in people’s garages and barns. What most people see as junk, we see as dollar signs.”

As soon as this show, along with series like Storage Wars and Pawn Stars, became a hit, self-proclaimed Filipino collectors also started combing thrift shops in Bangkal (Makati), Cubao Expo, Kamuning (Quezon City), in the hidden corners of Greenhills shopping center, at the side streets of Bambang, at the roadside of Pasig, and even in nearby provinces of Pampanga, Bulacan, and Rizal. Pickers would usually look for iconic 70s, 80s, and 90s items (actually going back as far as the 50s-70s era) such as old electronic games (like Game Boy and Game & Watch units), toy figures, old tin robots, tickets to high profile sports or concert events, old fire hydrants, old musical instruments, special car plate numbers, stamps, jukeboxes, religious items, any canned goods or wrappers of food that are now obsolete, and any signage used by now-defunct restaurants.

KrazyKyle and other crazy Pinoy Pickers

Larry Ronquillo, an artist, biker, marathoner, and cosplayer who is into buy-and-sell business, started collecting Coca-Cola memorabilia in 1990. His picking started with a simple coke-in-can which he got from Air France. Before that, Ronquillo admitted that he started collecting toy cars when he was younger but focused on Coca-Cola items soon after. “My collections are usually imported, especially when I find something in the market. But usually most of my items are given to me as gifts, or I get during meetups and swaps,” he said. Ronquillo, an active member of the Pinoy Coke Fanatics, has every Coke memorabilia you can think of including vintage Coke bottles, trays, stuff toys, rare seasonal collections (like the Christmas series), glasses, Coke collectibles from around the world, and every Coke items you can think of, that he cannot even count his whole collection anymore. 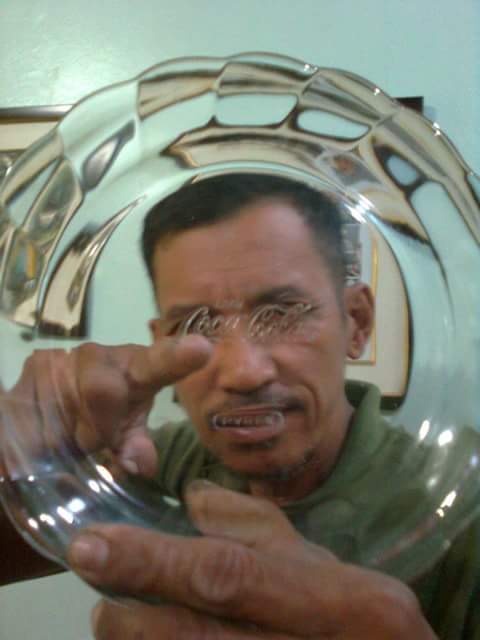 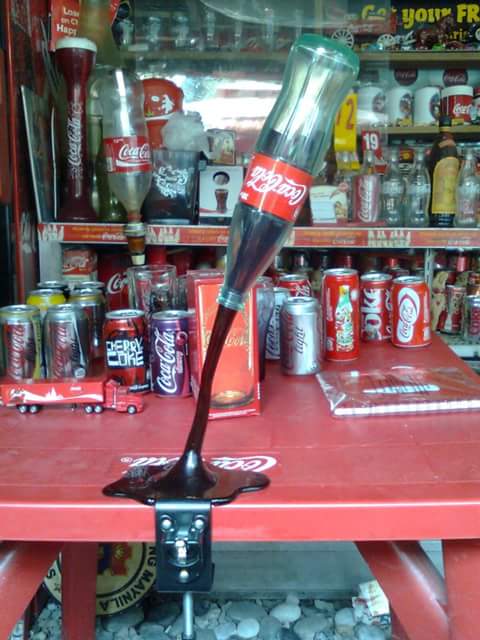 Some of Larry’s rare Coke items 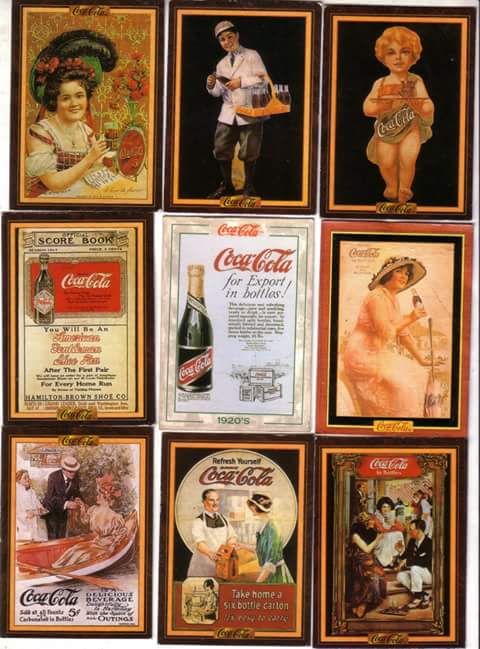 These priceless Coke picks, as Ronquillo plans, will be treasures he will pass on in the future to his children, who have also started bringing Coke items to him as gift. For those who want to want to be known as Coke collectors like him, Ronquillo has this to say: “I am willing to give some of my startup items so they can start their collection. That’s how it’s usually starts,” he said. 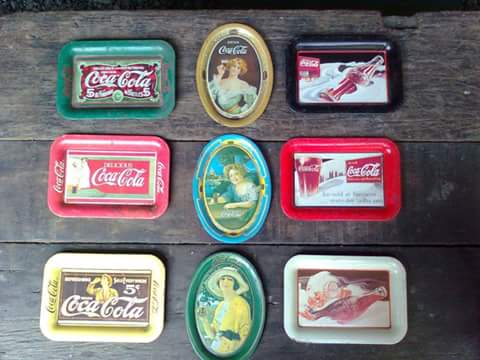 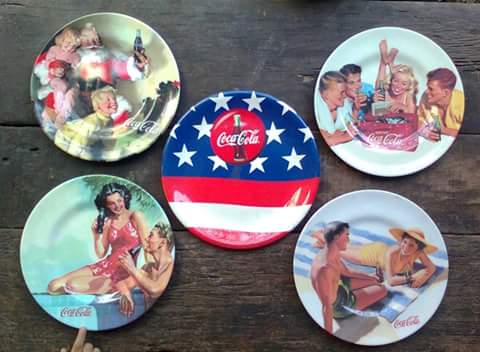 Perhaps one of the biggest collectors is Kyle Gianan, the modern-age “magbobote” (bottle collector), who is also highly regarded as the official “taga-suri” (antique consultant) for Kapuso Mo, Jessica Soho TV show.  Also known as KrazyKyle, Gianan was chosen for CNN’s Story of the Filipino and had a stint with History channel as he went picking all over Mandaluyong and Makati with Jaime Dempsey. In fact, in August 2018, History Channel (the home network of American Picker) certified him as their official Filipino picker. This was how he got his moniker as the ultimate “Pinoy Picker”.

A businessman, Pinoy Picker Kyle graduated with a degree in Business Management from De La Salle University but decided to take the road less traveled. He started looking for auctions, collecting vintage memorabilia along the way. All these are showcased in his personal museum called the Museo ng Kahapon located in Boni, Mandaluyong—a treasure trove of vintage 70s, 80s and 90s items. His collection was used for the Shake, Rattle, and Role movie series and his vintage “red payphone” (which he purchased from the late director Jay Ilagan and which he continuously looked for, for 10 years) was even featured in Dingdong Avanzado’s hit song “Tatlong Bente Singko”.

Gianan started collecting in High School and started with library cards, photos, of basketball stars, magazines, comic books, and random stuff. But now that he has matured, he now has a different perspective in collecting: To him, starting a massive collection of high-end, high-value memorabilia like the one he has will always be considered luxury until all the personal bills and obligations have been settled.

“My influences really are the shows American Pickers, Pawnstars, and Storage Wars. Luckily, when History Channel officially recognized me as their official Filipino Picker in 2018, I had the chance to meet my idols, who gave me tips and advice. I joined Jaime Dempsey on a picking adventure for Ride N Seek episode in History Channel,” he beamed.

At his personal museum in Mandaluyong, one will be mesmerized by his rare antique and vintage bottles collection. He has an entire wall full of old Filipino-crafted bottles on display. This started when he first laid his hands on an 80s Magnolia milk bottle. Later, KrazyKyle added rare Royal Tru-Orange (such as the Royal Amber), Royal bowling pin green and clear, Tru Lemon, Ginger Ale, Lem-O-Lime, Soda, Tonic Water and later varieties like the Royal Tru Orange made famous by the late King of Rap Francis Magalona with the tagline Ito ang Gusto Ko (This is what I want). Surprisingly, Gianan’s first major collectible was a boombox similar to Filipino rap icon Francis M’s Yo album cover, and he explains: “Francis M directed my first music video and he really was my childhood hero, a big toy guy himself.” Apparently, like his music idol, Gianan is a rap artist himself.

His ultimate Pinoy Picker’s collection, however, are antique, vintage bottles. In his quaint museum, his prized collection includes first generation General Halili beer bottles, touted to be one of the most sought-after bottles for collectors. Halili Beer is a brand that went head-to-head with San Miguel Pale Pilsen in the 1960s. It was manufactured by former Bulacan Governor Fortunato Halili and had a plant in Balintawak, producing these vintage beers along with its non-alcoholic beverages like Mission Orange and Goody Root Beer. “Very few collectors have this regular Halili Beer bottle which is now priced at P36,000 each, but this first generation collection is virtually priceless,” he explained. 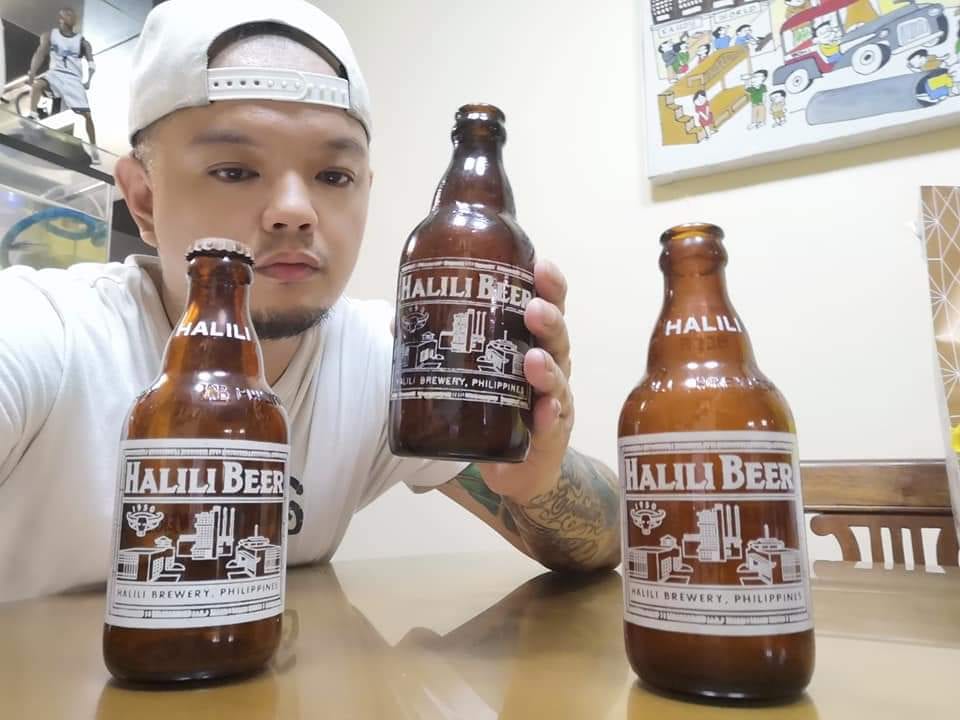 Gianan also has writing credits to his name. He co-wrote “MaboBOTEng Usapan”, a book which he created in collaboration with award-winning historian Jaime Salvador Corpuz.

“It’s the feeling of incomprehensible nostalgia that gets to me. It’s all about remembering your mom opening a bottle of chocolate milk drink, unlike the easy-open tetra packs now, for breakfast,” the mastermind of the Facebook group called Mga Lumang Bote mused. It is also noteworthy that this Pinoy Picker has a wide array of Magnolia milk bottles in his collection. 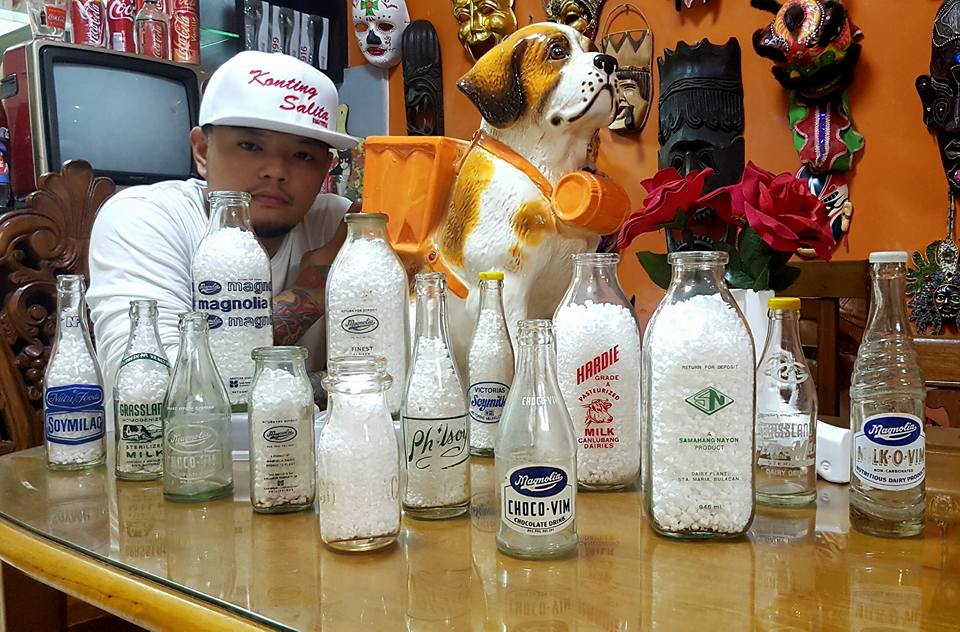 He also has some random collections within his extensive array of collectible items, such as copies of Funny Komiks For Children, or Glico’s token, a Jollibee statue, a prop from the 80s sci-fi movie Back to the Future, and an official poster bearing signatures of the entire cast of popular American sitcom, Friends. It’s safe to say that Gianan has enough vintage pieces to design the set of Stranger Things. He even has an old black PLDT telephone, some Marcos gold coins, an uber Barilla coin (where we coined—pun not intended—the term “bariya” or “barya”). One of KrazyKyle’s recent prized possession is the signage of Harrison Plaza—an iconic shopping mall along Harrison Avenue in Malate, Manila—which he was able to acquire when it finally closed down on December 31, 2019 after 43 years in operation.

During the first ever History Con in the Philippines in 2016, History Channel fans had the opportunity to meet and mingle with “Ancient Alien” host Giorgio Tsoukalos; Brandi and Jarrod of “Storage Wars”; Damon Runyan of “Gangland Undercover”; Justin Mott of “Photo Face-off”; and the cast of “Celebrity Car Wars”. However, there was a small corner in the event that made these foreign guests go crazy, and it was KrazyKyle’s booth.  On display were music magazines with celebrity’s faces, Funny Komiks for Children circa 1980s, a life-size Mighty Kid (a defunct kiddie shoe brand), PBA memorabilia, among others. This was where Gianan met his greatest influences. Jaime Dempsey then visited his Museo ng Kahapon and featured him in History Channel.

For someone who has amassed more than half a million items, he advises young collectors to be practical: “Start small; even if you have money to purchase, still start small and focus on one thing first. Start with bottles and stick to it; if you want to collect coins, focus on it. Picking is fulfilling; it will do good for your confidence and love of self,” Gianan recommended.

Why do Pinoys pick?

There are two kinds of pickers: One who picks and restores for selling, and one who picks for personal collection. Ronquillo does not sell his Coke memorabilia but admits that he regularly attends Pinoy Coke Fanatics’ meet-ups to buy and swap his collections with fellow members. Gianan is mostly a buyer who hunts for these prized items—whether be it in a thrift shop or online vintage stores—to add to his massive collection.

Whatever their reasons, picking is relaxing. It may look like junk to some, but these items hold priceless value to pickers, like getting hold of a piece of history, which makes it most time rewarding, too. What is in the present has something to do with our past because history is inescapable. All people and things in the past make up history and like these items, it connects us to a story we once cherished, hated, or loved.

Collection like these allow people to relive those good old days, with a hint of nostalgia, and connect us to an era or a time we feel strongly about. It helps ease our anxiety about missing a part of ourselves, so we keep these items in order to make our past continue to exist in the present.

Whether some pickers collect for the thrill of the hunt or otherwise, one thing is certain: picking is not merely a quest but a lifetime pursuit, and it will never be fully fulfilled because there will be always new things to hunt for.

Meanwhile, the search continues, and these amazing Filipino pickers will live to tell the country’s history and culture…one prized piece at a time.

8 of the best ‘ships’ ever produced by Pinoy showbiz

Folding bikes: Does the practicality outweigh the disadvantages?