8 of the best “ships” ever produced by Pinoy showbiz

Urban dictionary defines “ships” as romantic relationships endorsed by fans. In short, mga pauso natin. Before AlDub, KathNiel, or JaDine, there were these awesome love teams–or ships–that guaranteed super kilig–to-the-bones display of sweetness and care and concern and whatnot just for their fans. Is your favourite love team on the list? 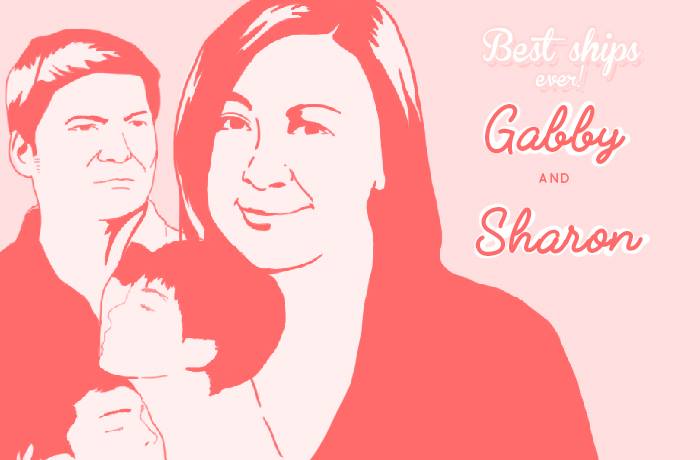 This love team from the 80’s era showed us that relationships can go from friends-lang-kami to holy-shiz-this-is-real-love-teh, proof of which is KC Concepcion. Aside from giving us KC, Gabby and Sharon also gave us a lot of unforgettable movies like P.S. I Love You and Dear Heart, among other blockbuster fares from this couple.

The legacy they left behind: Again, KC Concepcion. 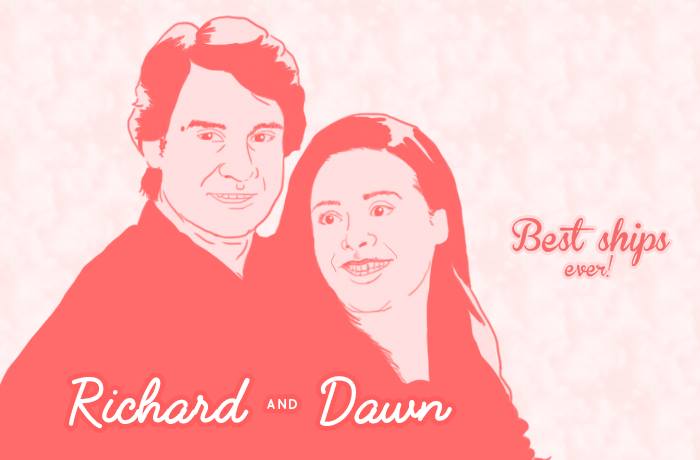 This ship has existed over the decades but still manages to evoke feelings of kilig during TV appearances, even though they are now happily married to other people. In 1991, they both starred in Hihintayin Kita Sa Langit, which was the last they were seen together until 2012 when they were reunited together on TV for the drama show “Walang Hanggan,” and again in 2015 when they starred alongside Bea Alonzo in the movie The Love Affair. The thing here is, in 2012, Dawn revealed that she could have ended up with Richard Gomez if he had stayed faithful. Gosh. Click here to read and interpret Dawn’s words.

The legacy they left behind: The “I-Dawn Zulueta mo ako” move which is basically the local version of the Patrick Swayze-Jennifer Grey lifting in Dirty Dancing movie. 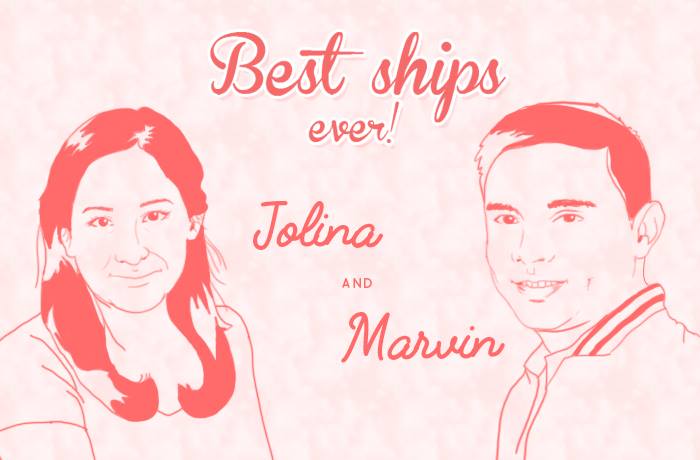 Jolina (Jolens) and Marvin appeared together in so many movies and shows together that they practically represent Pinoy Showbiz in the late 90s. Despite their closeness, and being always paired together, Jolens and Marvin have remained platonic in their relationship, something that reflect’s Jolina’s real life advice to young love teams that they don’t have to be sweethearts in real life in order for their tandems to work. They have such a good working relationship that Jolina’s husband, Rivermaya member Mark Escueta, is very supportive of their onscreen partnership. That, and also because Mark was a fan of their 1990s love team.

The legacy they left behind: THIS LINE from the movie “Labs Kita…Okey Ka Lang?”

A MOMENT OF SILENCE TO ALL OF YOU WHO HAVE BEEN FRIENDZONED. 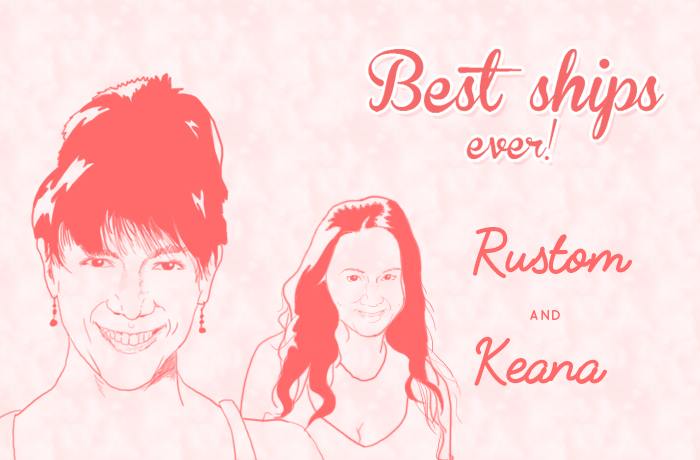 A yearbook entry once said: “There are big ships and small ships. But the best ships are friendships.” For the record, ships don’t necessarily represent just love teams–it can also mean great friendships! Funny & sexy actress Keana Reeves and long-time matinee idol Rustom Padilla were cast together along with other celebs inside bahay ni Kuya in Pinoy Big Brother: Celebrity Edition in 2006.  It was there that they became best friends when Rustom finally came out of the closet, admitting his true sexual preference to Keana. Keana, on the other hand, was feeling the need to pee and, not wanting to ruin the moment, decided to relieve herself in the garden where they were having the serious talk. History made on Philippine TV, indeed!

The legacy they left behind: BB Gandanghari. 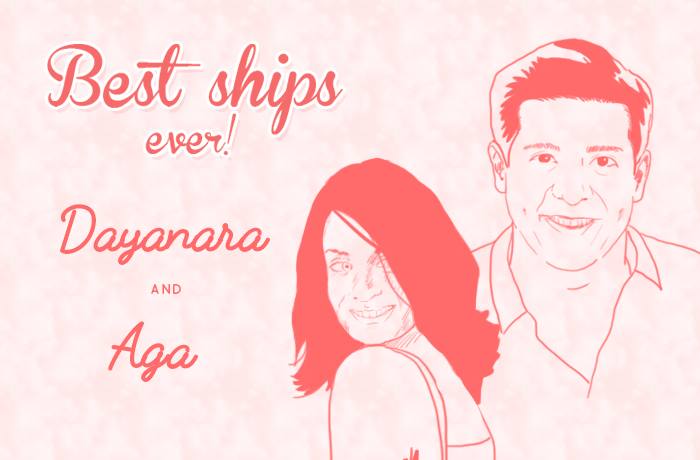 This ship showed us that fairy tales do come true. I mean, God–Dayanara Torres won the 1993 Miss Universe pageant. She came to the Philippines because the 1994 Miss Universe Pageant was being held here and she was turning over the crown to her successor, which happens to be Sushmita Sen (also memorable because she was the first Indian to win the pageant). We’re guessing Dayanara–“Yari” as she was locally called–fell in love with the country and the people she met here because she decided to stay for 5 good years, eventually headlining shows like ASAP and Easy Dancing (where she got her moniker Dancing Queen) and appearing in notable local films like Hataw Na and Basta’t Kasama Kita. The latter film was where she met Aga Muhlach (shet kilig lol), whom she had a four-year relationship with. We could only wish they lived happily ever after but Yari soon left the country, and Aga eventually married Charlene Gonzales (also a Miss U contestant). Le sigh.

The legacy they left behind:

This line uttered by Dayanara in the movie Basta’t Kasama Kita: “Don’t you hear the music, Alex?” 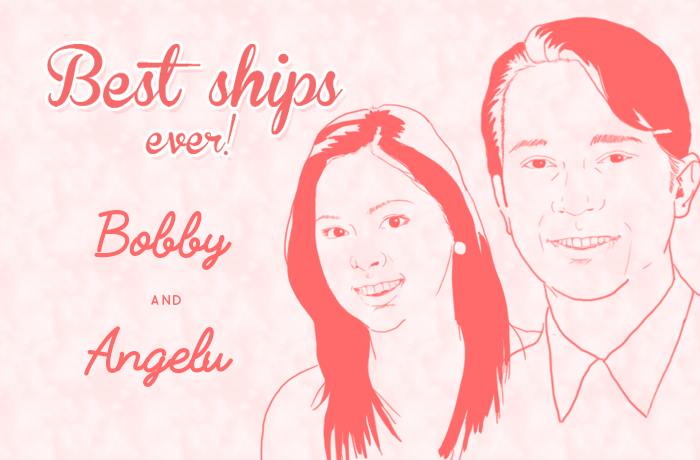 They were Ma. Patrice “Peachy” Real and Joaquin “Wacks” Torres III of TGIS (Thank God It’s Sabado) show during the late 90s. TGIS was an award-winning show from GMA-7 that revolved around the lives of a group of friends living in a fictional village who were dealing with this highs and lows of high school and college life. At the time, Peachy and Wacks showed us what it means to fall in love and how cool it is to have some sort of social responsibility at the same time. They also showed us how the upscale people live their lives–hello jeans and loafers and oversized polo shirts all day everyday any damn day–which was kind of aspirational in the 90s. Angelu and Bobby would continue their off screen lives separately, appearing as character actors in TV shows after TGIS’s run has ended.  In 2015, Bobby admitted that he wanted to court Angelu, and Angelu also admitted that she could have said yes. Kilig two decades late is still nakakakilig!

The legacy they left behind: THIS 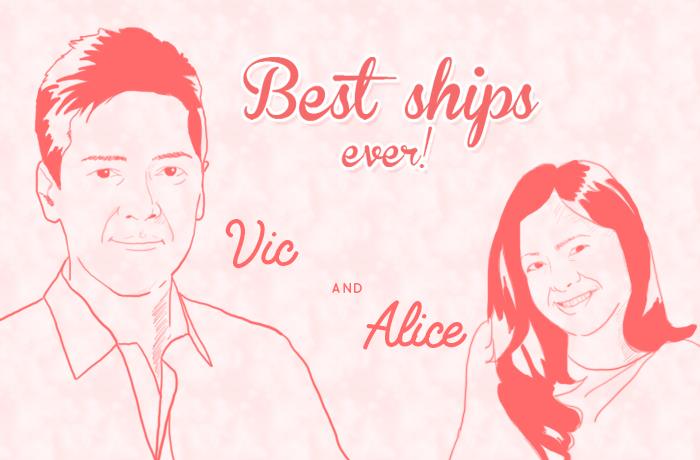 Before ultimately ending up with co-host and now real-life wife Pauline Luna, bossing Vic Sotto has had his share of onscreen partners such as Connie Reyes, Christine Jacobs, Tweety De Leon, and Cindy Kurleto. But it was probably Alice Dixson that really nailed the whole kilig thing with him when they were cast together in 1989 for Okey Ka, Fairy Ko, which was Vic’s first foray into TV production. Vic played the role of Enteng Kabisote, the show’s lead character, and Alice Dixson played the role Faye, Enteng’s fairy wife. Alice stayed in the show for three years, but left for one reason: her then fiancé was getting jealous of Vic Sotto.  Alice was replaced by a number of actresses to play Faye’s character, but to us, Alice was the perfect woman for the role.

The legacy they left behind: The whole series of Enteng Kabisote, really. 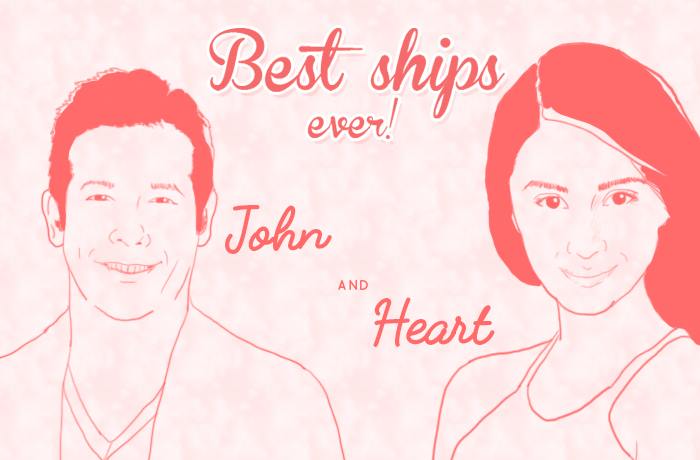 If you’re part of the G-MIK nation, then you’d know this one very well. For five years, John Prats and Heart Evangelista starred together in a number of movies and shows as one of Philippine showbiz’s hot love teams. Because they worked together a lot frequently, it was understandable that their closeness was on a different level. It was during these five years that they fell in love with each other. They were considerably good looking when together, but you know, things happen when you work together and are involved romantically as well:  In some interviews, John and Heart would admit to being too young, being too in love, and having so much of each other as reasons why they had to call it quits. Not even having the same birthday can keep them together though (both celebrate their birthdays on February 14). On the upside though, they have remained quite good friends and are happy for each other’s successes and triumphs in life. John has settled down with Isabel Oli; Heart has settled down with Chiz Escudero.

The legacy they left behind: The proof that former flames can be good friends.

LOVE, LOVE FOR EVERYONE! 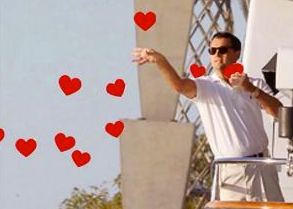