“You said forever now I drive alone and break records.”

17-year-old Disney star Olivia Rodrigo just hit No. 1 on the Billboard Hot 100 with her debut single, ‘Drivers License’. The syncopated heartbreak anthem speaks to an entire generation of hopeless romantics — playing on repeat at full blast. The song has been compared to the works of Lorde and Taylor Swift, for its emotional lyrics and thundering production. Swift has even acknowledged the young artist when they were next to each other on the US iTunes Chart. In the week of its release, ‘Drivers License’ has garnered 76.1 million streams and sold 38,000 downloads. The song has also broken Spotify’s record of most streams in a day for a non-holiday song.

Rodrigo is best known for her lead role in Disney’s ‘High School Musical: The Musical The Series’. While the actress had previously written songs for the show, ‘Drivers License’ is the first to call her own. Upon the song’s release, she took to TikTok to tell her followers that she was inspired to write the song after getting her driver’s license. Though the backstory may technically be true, fans were quick to realize that the lyrics actually allude to Rodrigo’s rumored past relationship with her co-star, Joshua Bassett.

Neither Bassett nor Rodrigo have publicly commented on the fan theories regarding the song. Regardless of whether it’s true or not, she’s put her heartbreak to good use and broken some records because of it — which many would consider the best revenge. 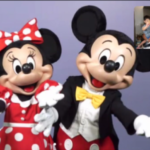 Families reinvent the Disney experience with Globe At Home 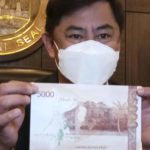