This Tom and Jerry rug looks like something straight out of the cartoon.

The series created by Hanna-Barbera continues to influence generations of artists, with a number of spin-offs coming from the original franchise, and now the latest homage presented in the form of a Flat Tom rug.

A photo of a Tom and Jerry inspired rug has been making the rounds on Twitter, where the quirky decoration is being praised for its clever and uncanny depiction of a scene from the show. It was designed by an independent creator who goes by the pseudonym ‘rugsoda’.

i’ll be making some more Flat Tom rugs soon drop a follow to find out when i got more in stock pic.twitter.com/uDfxGvZxc0

With almost 100k retweets and 550k likes, I think it’s safe to say that the Flat Tom rug is in popular demand.

The creator’s promotional tweet also generated some funny responses. Some users brought up the scenario of accidentally slipping on the loose carpet while walking down the stairs. Nevertheless, it seems like that’s not stopping people from copping this unique piece. (Also, rug tape is a thing).

i'm willing to risk it… lol…

The Florida-based punch needle artist is yet to open up his shop, but he says he’s working on getting a few more items in stock. For now, he’s advising people to follow rugsoda on Instagram to get updates on when the Tom and Jerry rug will be available for purchase.

You can check out his page to see more cool, handmade pieces such as this Snorlax rug: 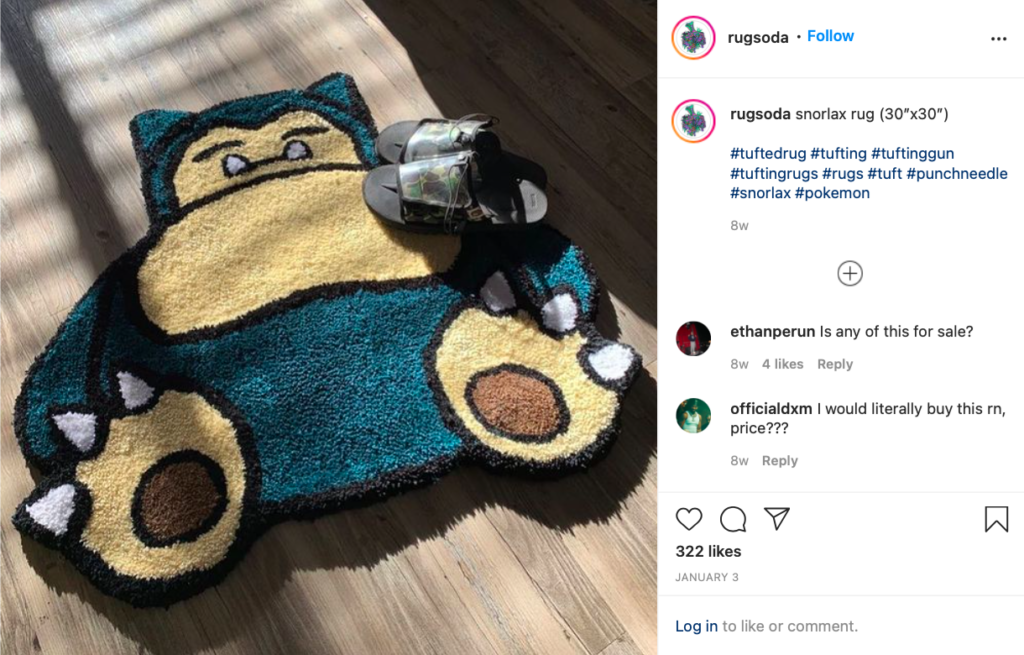 Reddit thread suggests that Tom and Jerry are actually friends