Pixar Animation Studios has made its stand against anti-Asian violence.

With the rise of racist attacks in the US, Pixar has released two of their Disney+ exclusive SparkShorts that center on Asian culture. They recently released a statement expressing their solidarity with the Asian American community. The studio hopes to give more exposure to Asian filmmakers, and promote diverse representation in the media by sharing these stories.

Read their full statement below: 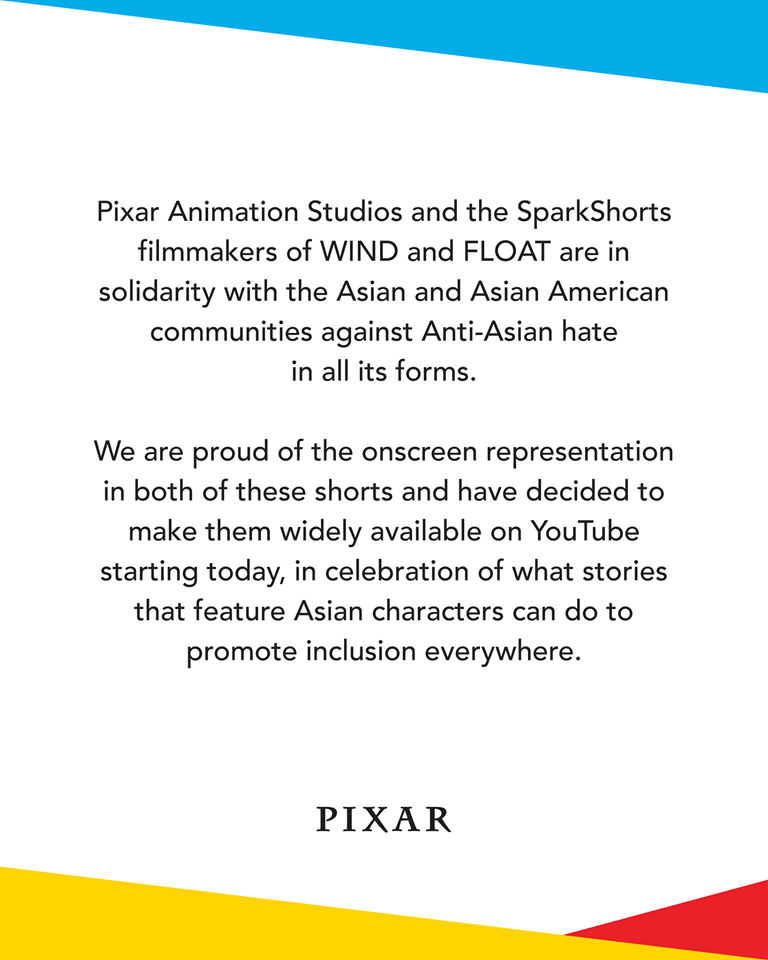 The SparkShorts program gives Pixar employees a chance to develop their own animated short films. The shorts are typically released on the studio’s official YouTube channel, but the latest batch recently premiered exclusively on Disney+. The program has opened doors for many creators. One short titled ‘Kitbull‘ was even nominated in the 2020 Academy Awards.

The first of the highlighted films this season is ‘Wind’. The 9-minuter has bee dubbed as “a tribute to immigrant sacrifices”. Directed and written by Edwin Chang, ‘Wind’ revolves around the story of a Korean grandmother and grandson longing to escape an endless chasm.

Second is Filipino-led ‘Float’, directed and written by Bobby Rubio. The Fil-Am animator previously worked on Avatar The Last Airbender, and Marvel. ‘Float’ tells a tale of a father who discovers that his son is different from other kids, and how his choices to conceal his son’s abilities affects their relationship. The short has over 1 million views on YouTube as of writing.