Disney just launched the trailer of their latest animated film, Raya and the Last Dragon, and it shows the distinct flavor of Southeast Asian culture. The news was quickly followed by adoration and excitement from our part of the world, especially because Disney is adding a new princess to its roster.

Here we take a look at why Raya and the Last Dragon is something to watch out for next year when it hits theaters:

The movie is set in an ancient land called Kumandra wherein humans and dragons lived in peace. However, it was suddenly overrun by monsters called Druun, and it is up to Raya to help save the world by finding the last dragon.

“Long ago, in the fantasy world of Kumandra, humans and dragons lived together in harmony. But when sinister monsters known as the Druun threatened the land, the dragons sacrificed themselves to save humanity. Now, 500 years later, those same monsters have returned and it’s up to a lone warrior, Raya, to track down the last dragon in order to finally stop the Druun for good. However, along her journey, she’ll learn that it’ll take more than dragon magic to save the world—it’s going to take trust as well.”

Voiced by Kelly Marie Tran and directed by Don Hall and Carlos López Estrada, the movie promises an exciting and fulfilling adventure of Raya and her trusted animal friend Tuk-tuk as she journeys to find the last dragon and to learn a valuable lesson.

Filipino fans are especially excited about the fact that our distinct martial arts culture is highlighted in the movie’s trailer.

The Philippine’s national martial arts and weapon is called Arnis, and in the trailer, Raya is seen as wielding Arnis and uses it often when she was younger.

Tags: DisneyRaya and the Last Dragon 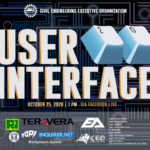 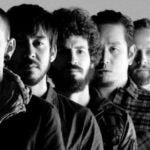