Multiplatinum indie pop trio AJR have today released their new single and accompanying video “Way Less Sad.” The song will be featured on their fourth full-length album OK ORCHESTRA out March 26, which the group described as the most sonically experimental and emotionally raw album they’ve ever made. Watch the video below. Pre-order the album HERE.

“‘Way Less Sad’ is a song about how we’re really feeling in this moment,” said AJR. “So much of last year felt apocalyptic and this year we can finally see the light at the end of the tunnel. Things aren’t back to normal yet but we should be celebrating the small wins, even if they seem trivial.”

AJR are known for incorporating their New York City roots in the creative for their music videos. For “Way Less Sad,” they can be seen performing at a number of iconic New York City locations including the TWA terminal at the John F. Kennedy International Airport and the Central Park Carousel.

“Way Less Sad” follows AJR’s massive hit single “BANG!” which marked their first Top 10 entry on the Billboard Hot 100. It also cracked the Top 10 at three radio formats, peaking at No. 6 on Pop radio, No. 2 on Alternative radio and is now up to No. 2 on Adult Pop radio. The song has more than 350 million streams worldwide and is AJR’s sixth platinum single to date. It also reached No. 1 on the iTunes All Genres, USA Top 100 Shazam and Pandora’s Top Spins charts. The band recently held their first-ever live stream concert, AJR’s One Spectacular Night, where they broke down how “BANG!” was created. The show sold more than 60,000 tickets, which generated 300,000 total viewers and 32 million fan impressions.

AJR’s last full-length album Neotheater debuted at the top of the Billboard charts in 2019—No. 8 on the Billboard 200 and No. 1 on the Alternative and Rock Albums charts—and featured their platinum certified single “100 Bad Days.” In their decade music roundups, Spotify named AJR’s smash “Sober Up” one of the Best Rock Songs of the 2010s and Apple Music named AJR’s hit “Weak” one of the Best Alt Songs of the 2010s.

Comprised of brothers Adam, Jack and Ryan Met, AJR began their career busking in Central Park. Writing, producing, playing and singing everything themselves, the band have quietly charmed their way to mainstream ubiquity by way of clever, confessional and catchy alternative pop. They’ve previously played Reading and Leeds Festivals, and sold-out shows at London’s Forum, Omeara and Electric Ballroom. 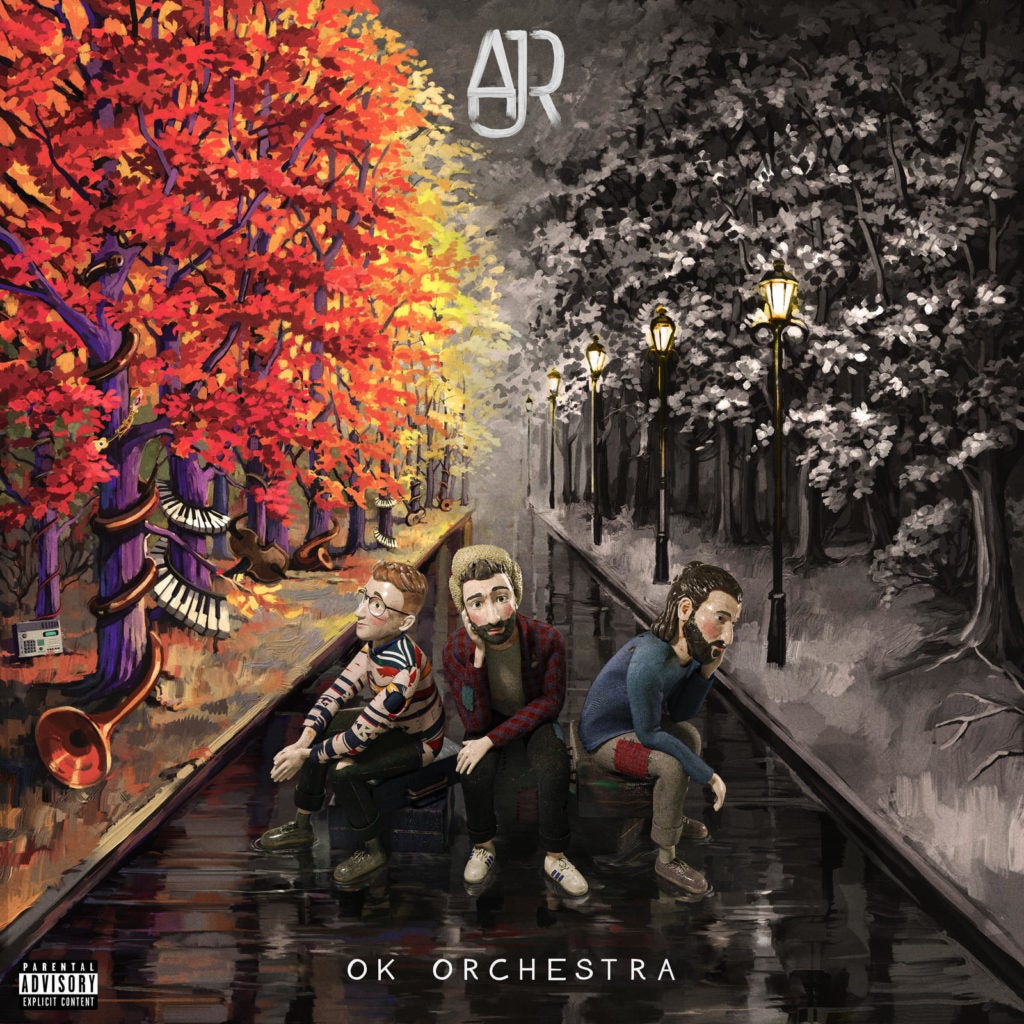