Lady Gaga’s dog walker was shot and left in critical condition in West Hollywood in an apparent dognapping ambush. Two of Gaga’s dogs are missing.

Ryan Fischer is a long time friend of Gaga, who recently moved from New York City to Los Angeles. He’s been a dog walker and caretaker to her French bulldogs for awhile now. The singer’s fur babies, Gustav, Asia and Koji have even been featured on his Instagram page. With over 1,100 posts on his platform dedicated to dogs, there’s no denying his loyalty and adoration for man’s best friend.

Fischer was on a night stroll with Lady Gaga’s dogs when a white sedan pulled up and two men came out to attack him. It was reported that he was shot in the chest four times. The culprits were able to steal two of her beloved dogs, Gustav and Koji. Her black Frenchie was able to escape and stay by Fischer’s side, who was left on the sidewalk. The victim was transported to an unknown hospital where he is now recovering.

Lady Gaga is offering a reward of US$500,000 for the safe return of her dogs. She’s currently in Rome filming for Ridley Scott’s new film, Gucci, so it’s not likely that she’ll be flying back home yet. It is unclear whether this was an isolated incident targeting the Grammy-award winner.

‘We can no longer afford to be silenced by stigma’: Lady Gaga pens emotional essay on mental health

After getting his dog “treated,” owner finds out it was only copying his limp out of sympathy 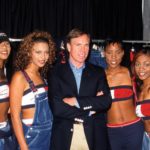 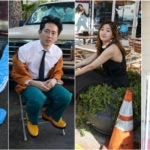