While you must have probably heard that “a dog is a man’s best friend” one too many times, there is no denying that the old adage has been proven true too many times as well.

The case of a lurcher named Bill and his owner, Russel Jones, from the United Kingdom, recently became a testament to this—all because the owner tried to get his dog treated for something that didn’t exist.

Jones spent £300 (around P19,700) for Bill’s treatment, only to find out that he was fine and was only copying his limp out of sympathy, he shared on the Facebook group Lurcher Link Rescue chat on Jan. 16.

Cost me £300 in vet fees and X-rays, nothing wrong just sympathy. Love him ❤️

“Cost me £300 in vet fees and X-rays, nothing wrong just sympathy. Love him [heart emoji],” the doting owner said.

In the video, Jones can be seen walking with crutches as he has one leg in a cast, while the loyal best friend limps beside him, left paw up.

While it did cost Jones quite a large sum of money, Bill’s antics have only showcased once again the heartwarming love that dogs have for their human best friends.  /ra 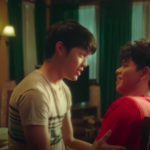 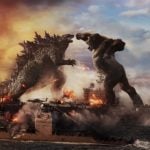