Everyone knows that lending cash is a gamble–in the sense that you never know whether or not you will ever get your money back. And when the transaction is made with family or friends, there’s a higher chance that you’ll become more lenient with collecting payment. Though this may not seem like such a big deal at the moment, it can become worrying when the debt owed to you is not paid within the next couple of years. Case-in-point, Facebook user Derick Khoo Yew Seng’s situation, wherein he received his friend’s payment 18 years after lending it to him.

According to Seng’s social media post, the man who borrowed money from him was someone he worked with in the army. During a one-on-one interview with the guy, Seng learned that he was struggling with a personal issue and needed cash to resolve it. So, without hesitation, Seng lent him the money. 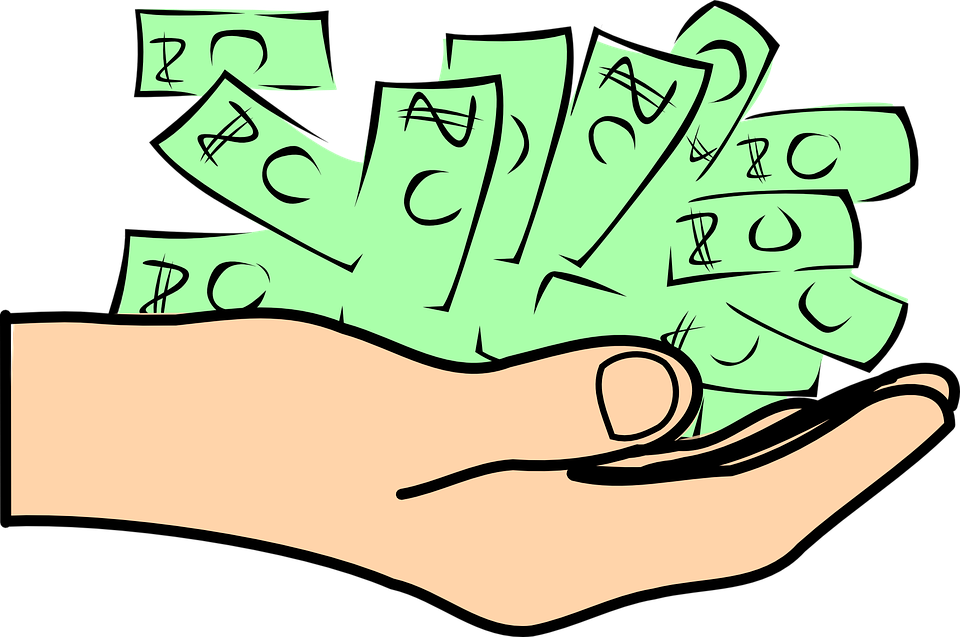 But after their Operationally Ready Date (ORD) in the Singapore army, the man never returned and changed his contact number.

After a few more years, the two were able to get in contact with one another. Seng said that his acquaintance never forgot about the loan owed to him and told him that he would surely return it. Seng believed him again. But as luck would have it, the man changed phone numbers once again so Seng initially lost contact.

Despite this, Seng remained positive about his former colleague’s promise to pay him back. “We have to always keep it positive,” he wrote.

Earlier this year, Seng finally got a hold of his “friend” via Facebook. The two of them shared a few exchanges but the money has not yet been paid back.

Later, Seng receives a text message from an unknown number asking him to give his bank account number. Surprised by this, he asks for the person’s name and it was confirmed that the person on the other end of the line was his former army friend.

“He identif[ied] himself and told me this time, he [will] confirm [and that he] will return me [the money he owes me]. I believe[d] it half-heartedly as I have long ago let his debts flow [unchecked]. [But] this morning, he text[ed] me with this receipt. Tears [started to] flow down from my eyes,” he recounts. 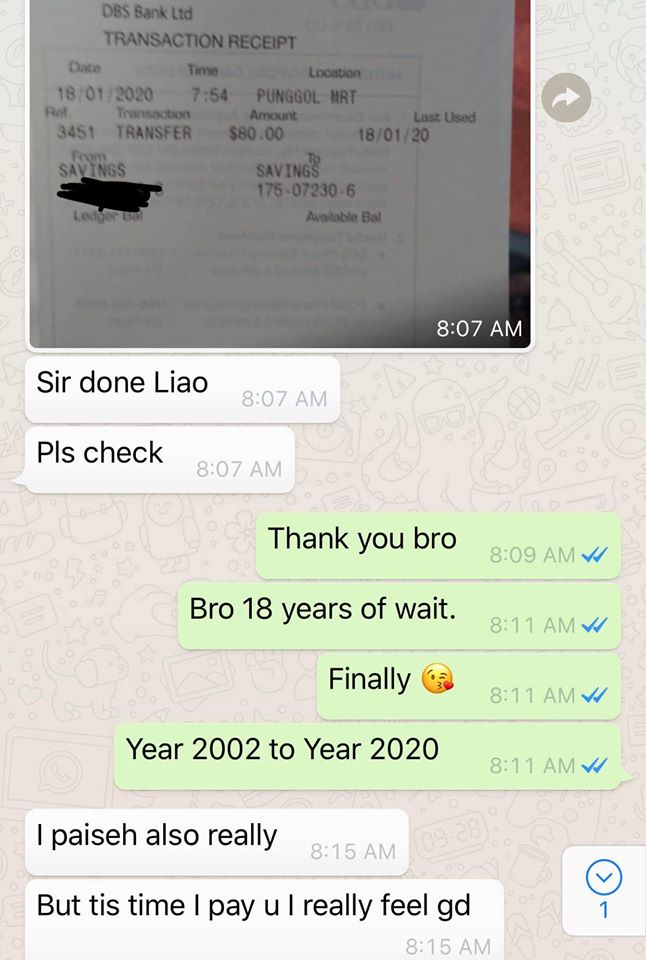 Seng was overjoyed by the fact that his old colleague finally settled his 80-Singaporean Dollar (approximately 3,001.78 PHP) debt. And he is also relieved that the money he lent was used to make the man’s life better.

“It’s not about the amount of money, it’s about a man wanting [to] change his life!”

Whether you agree or disagree with Seng’s reaction, what matters is that both parties are relieved of their commitments and that both are happy now.