Aside from cherry blossoms in full bloom and crazy-delicious ramen bowls, Japan is also home to one of the most famous pooches on the internet, the Shiba Inu. Because of this, an illustrator took his and the internet’s obsession with this dog breed to the next level by designing a Shiba Inu banknote alternative. 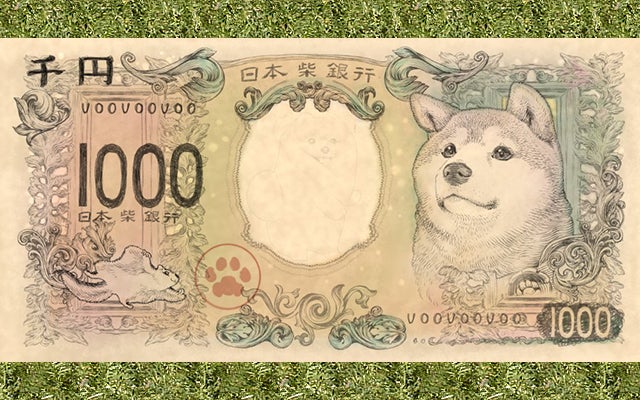 After Japan’s France Ministry had finally revealed the new official designs for the 1,000, 5,000, and 10,000-yen bills, @PonkichiM shared on Twitter his proposal of a Shiba Inu-themed 1,000 yen alternative. Besides the kawaii paper money, he also created a miniature version called mame shiba, which translates to “bean shiba inu” a reference to the breed’s small size.

In the caption, he wrote: “Since there was a Shiba Inu banknote, I drew a new Shiba Inu banknote following the Shiba Inu banknote. Because it is a 500 yen bill, there are 5 Toshiba-chan. I also drew three unique Japanese red beards, asebi and boxwood, and so on. If you have a little awkward banknote in everyday shopping, you will be healed.”

Because of its popularity among online users, a product entertainment company called Space Factory is collaborating with the artist to turn his very own mame Shiba Inu design into a lineup of adorable products.