Luke Evans starred as Gaston in Disney’s live-action adaptation of Beauty and the Beast. The movie has grossed over $1.25 billion worldwide and has become one of the top 10-highest-grossing films of all time.

He’s best known for playing Bard the Bowman, the hero of Peter Jackson’s multi-billion-dollar franchise, The Hobbit, as well as the title character in Universal’s Dracula Untold and Owen Shaw in Universal’s Fast & Furious franchise.

At the heart of the unnerving psychological tale from Blumhouse Productions—the company that has produced such smash hits as Get Out, Split, Glass, Halloween and The Purge franchise—is a mysterious, lonely woman named Sue Ann (Spencer) who seems harmless at first. Friendly but stern, she offers safe harbor to a group of high-school friends looking to party. But Sue Ann is a woman tormented by demons and trauma from her past, and, unbeknownst to her teen guests, she has a more sinister agenda than anyone suspects.

Evans plays Ben, who runs a successful security company and a man of privilege, and it shows. He is father to Andy, one the high-school students befriended by Sue Ann. Ben is proud of Andy but keeps close tabs on him. 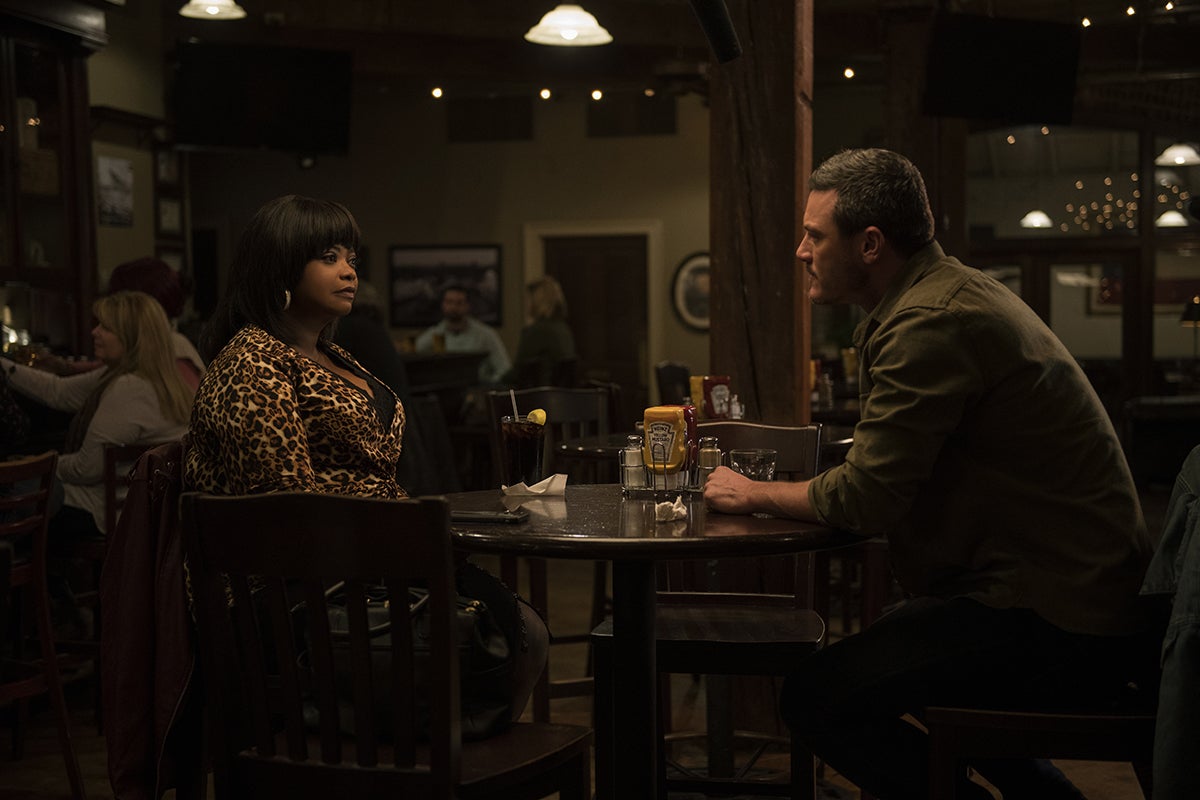 “I don’t think Ben ever wanted to leave his small town, or if he did, those ambitions and dreams were suppressed and are gone now,” Evans says. “He’s a guy who’s just getting on with his life. He tries to be a good dad and works hard.” He’s also a man with a cruel side, however, and his secret history with Sue Ann will threaten the safety of his son, his girlfriend, and himself.

“This is quite an interesting thriller,” Evans says. “This story is psychologically dark and deep, but also has its light moments. It’s not just a film to shock, scare and draw you in, but it also makes you laugh in all the wrong places. Ma is twisted and thought-provoking. There’s a lot of emotional reality in how Ma feels. At some point in our lives, we’ve all felt the way Ma does; we just don’t act on it the way she does.”

Ma is Evans’ second collaboration with director Tate Taylor, who cast the actor in The Girl on the Train. “Tate’s so much fun, and ours feels like a collaborative experience,” Evans says. “When Tate told me Octavia Spencer, Juliette Lewis, Missi Pyle and a bunch of talented kids were attached to this movie, I thought, ‘Ok, it’s a no-brainer.’”

And getting to work with Spencer, especially in this kind of role, was thrilling, Evans says. “Watching Octavia have her moment to do something out-of-character from the roles she’s played in the past was refreshing,” he says. “The audience is going to absolutely lap it up.”

His director admires Evans’ eagerness to jump in wherever and whenever needed: “Luke is a phenomenal actor and a really good friend,” says Taylor. “Actors like Luke are so smart. He has huge parts and big franchises, but he loves the art of acting and was willing to come join us.”

Foodie call: Some women go on dates for free meals, not a relationship, says study