In the Philippines, weaving doesn’t just present an opportunity for economic gain. In fact, this method of producing textiles is also considered a traditional craft observed mostly in various indigenous communities. A respective, age-old practice that helps in the preservation of our country’s vibrant culture and identity.

Philippine textile expert Norma A. Respicio mentions in her work called, “Journey of a Thousand Shuttles, The Philippine Weave,” that this amazing craft is a woman’s art and that the “production process often entails communion with the gods and spirits that are believed to reside in the plants, soil and the natural environment which are the sources of materials.”

According to the National Commission for Culture and the Arts’ committee: “Gawad sa Manlilikha ng Bayan or the National Living Treasures Award is the highest Presidential recognition given to individuals who excel in various indigenous arts, customs, and traditional practices which may include, but are not limited to, folk architecture, maritime transport, weaving, carving, performing arts, literature, graphic and plastic art, ornament, textile and fiber art, pottery, and other artistic expressions of traditional culture.”

A well-known “magtetenun (weaver)” from Lamitan City, Basilan; Ambalang Ausalin was selected for being able to master two of the most intricate categories of Yakan weaving—the “sinalu’an” and the “seputangan.” Aside from that, the 75-year-old weaver is highly regarded in the community for weaving and creating traditional attires and costumes of a royal family in Mindanao.

Yabing Masalon Dulo or Fu Yabing is from Mount Matutum, Polomolok, South Cotabato. At 14, Fu Yabing created two masterpieces of “tabih” (handwoven dyed abaka). Both in good condition, her masterpieces are either displayed at the National Museum or kept in her possession.

Now 104 years old, Fu Yabing did not just transfer the craft of tabih to her only daughter, Lamina Dulo Gulili, but also to a few women who want to preserve the tradition of weaving in their community.

Estelita Tumandan Bantilan, 78, hails from Sarangani. Bantilan started showing her interest in weaving “igem,” a Blaan term for mats when she was six. Since then, she has been creating exceptional mats using naturally dyed romblon leaves.

Despite the country’s political conflicts and social issues, the “Manlilikha ng Bayan” award only proves that textile weaving is still very much alive.

How well do you know our national language?

Pride or Ego: Why did the Condé Nast video cause a discord among Filipinos? 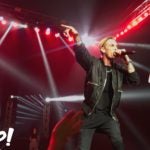 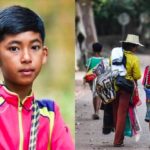