How well do you know our national language?

The Supreme Court’s decision of making the K-12 program constitutional, which excludes Filipino and Panitikan (Philippine Literature) from the college curriculum, has drawn flak from senators, educators, national artists, and even celebrities. Senators like Sherwin Gatchalian, Panfilo Lacson, and Koko Pimentel believed that Filipinos still have a lot to learn about the national language, while Senate President Tito Sotto III argued that the government, “shall take steps to initiate and sustain the use of Filipino as a medium of official communication and as [the] language of instruction in the educational system.”

As people mourned the “death” of Filipino language, the Supreme Court also defended and further explained their decision regarding the matter. Citing the Commission on Higher Education memorandum, the changes made in the general curriculum were meant to ensure that subjects being taught in elementary, secondary, and tertiary will not be duplicated. However, some university faculties countered the SC’s explanation, noting that “removing” is incorrect because the Filipino and Panitikan subjects taught in college were not repeated lessons but a continuation or expansion of a student’s learning.

Let’s not forget that most Filipinos—especially the younger generations— couldn’t even speak or write the national language properly. And if we can’t even master the correct usage of ng and nang, what more with these Philippine scripts?

Recently, Odyssea: Nature, Culture, People—an organization that helps in strengthening Filipino identity through conservation of nature, enrichment of culture, & mobilization of communities—posted an infographic about the Philippine scripts and how to write them.

The Philippines’ indigenous writing systems that are mentioned in the post include the Kulitan, an indian-inspired Kapampangan script; Kurdita, an Ilocano script; Haninu’o and Buhid, writing scripts used by the Mangyans of Southern Mindoro; Baybayin from the Katagalugan; Basahan, a syllabic script used by Bicolanos; Tagbanwa, an ethnic writing system used by a certain group of people in Northern Palawan; Badlit, another writing system from the Visayans; Jawi, an Arabic writing system in Greater Sulu; and lastly, the Kirim, a script used in Greater Mindanao. 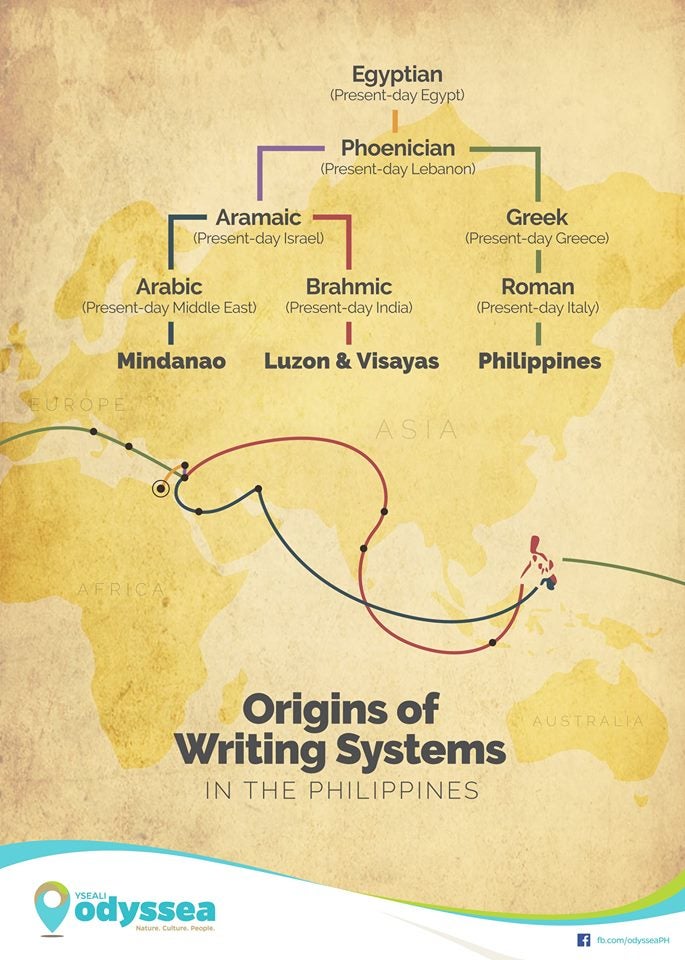 Aside from the ethnic writing styles, the second photo shows the origin of the Philippines’ writing systems as a whole. It’s worth noting that all the writing systems came from the Egyptian writing, commonly known as, hieroglyphics. 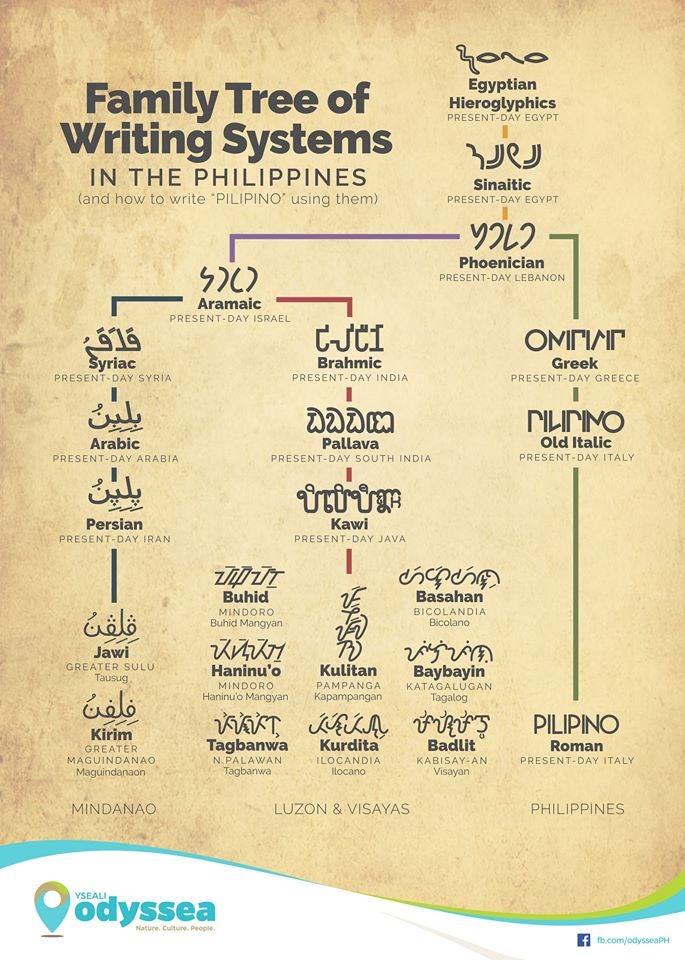 The album also includes a picture showing the evolution of the Filipino alphabet. Even during the pre-Spanish era, we already had our own writing script called baybayin.  The first book that was printed in the Philippines called Doctrina Christiana (1593) and Antonio de Morga’s Events in the Philippine Islands (1609), noted that the said pre-colonial writing script only had 3 alphabet characters representing vowels (A, E/I, and O/U). While there were 14 characters representing syllables that start with the consonants: B, C/K, D/R, G, H, L, M, N, NG, P, S, T, W, and Y.

It was only during the Spanish occupation when the Western letters were introduced to Filipinos.

Some people would assume that it’s not “practical” to include Filipino subjects in the curriculum because no one, in this day and age, would even use baybayin in his or her everyday communication. That learning a foreign language is “better” because it gives us a competitive edge over the others.

What we don’t realize is aside from being a means of communication, our national language is also essential to the expression of culture.  Yes, we have nothing against the inclusion of these foreign languages in our general curriculum. But, completely eradicating the Filipino subject is like removing a significant element that makes up our cultural identity. 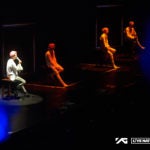 IN PHOTOS: WINNER ‘Really, Really’ won over the hearts of their Filipino fans 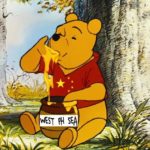