The following artworks were sent in by artist aleXsandro Palombo. And here’s what you need to know about the art series from Palombo’s management:

A powerful reflection on the disease, mastectomy and its effects on female identity and acceptance.

Palombo’s work becomes an instrument of awareness to focus on the problem of breast cancer – the importance of its prevention and early detection. This campaign is a message of hope and courage to all women, including children and adults.

More importantly, these works of art raise awareness among the youth to learn to take care of their health.  Because by educating the new generation, prevention may become an easier goal to reach.

Lastly, women should realize that they are still beautiful, even after a mastectomy.

aleXsandro Palombo is a contemporary artist and activist, who is world-famous because of his irreverent, colorful and satirical art

It’s not the first time that Palombo redraws the Disney Princesses – snatching them from tales to catapult them into reality.

The artist often showcases important social issues through his work. He’s the creator of the series depicting the Disney Princesses and other cartoon characters as victims of domestic violence.

Palombo is also the author of the popular series “Disabled Disney Princesses” and “Break The Silence” which includes Kim Kardashian, Angelina Jolie, Madonna and other celebrities ‘battered’ to raise awareness for the domestic abuse campaign. 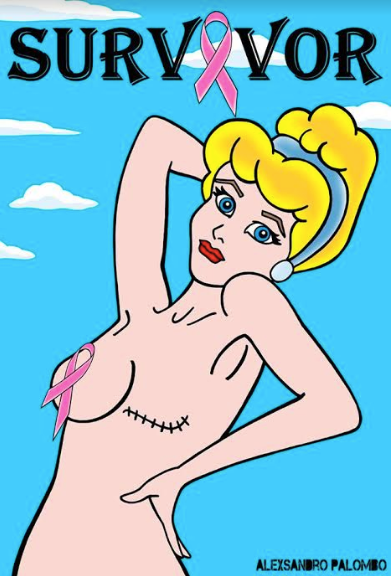 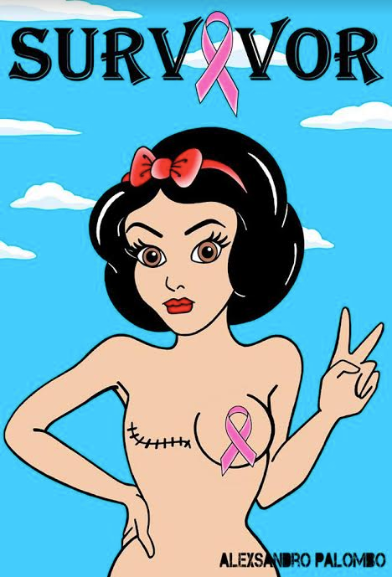 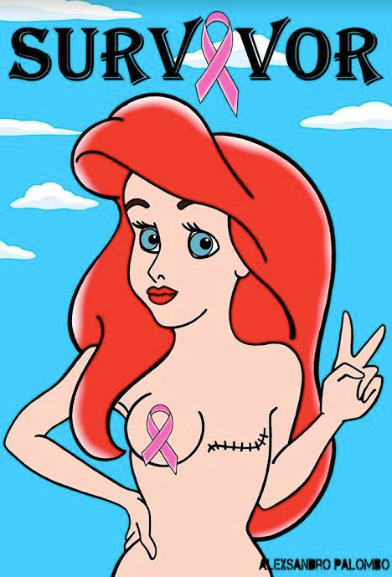 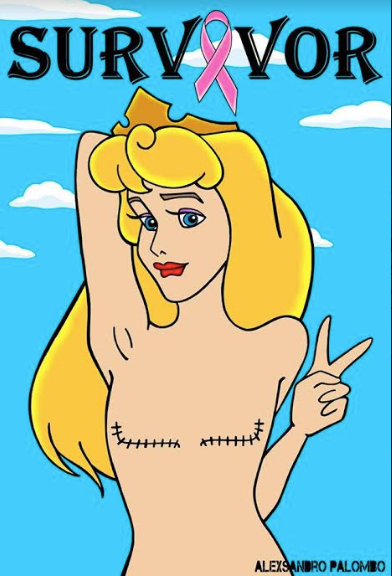 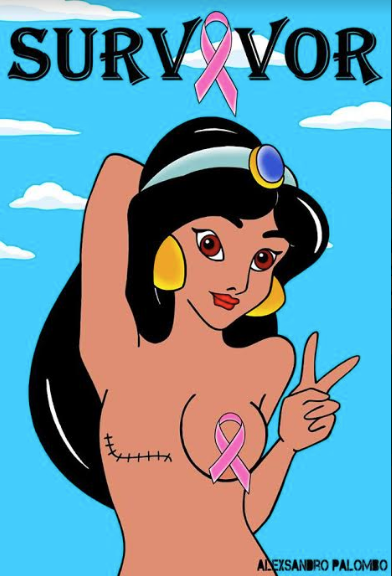 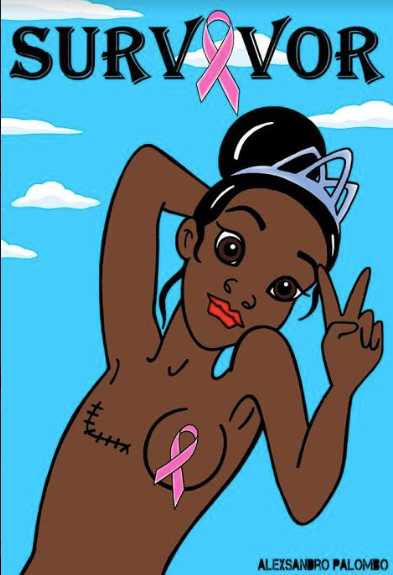 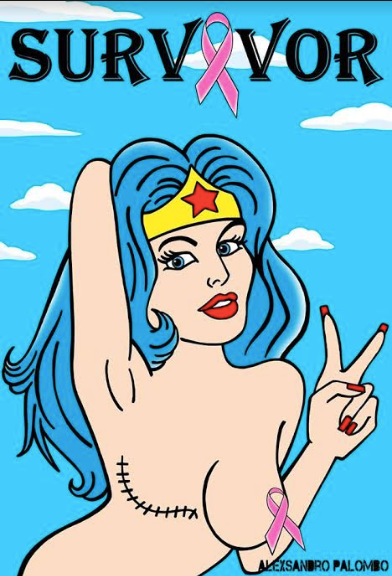 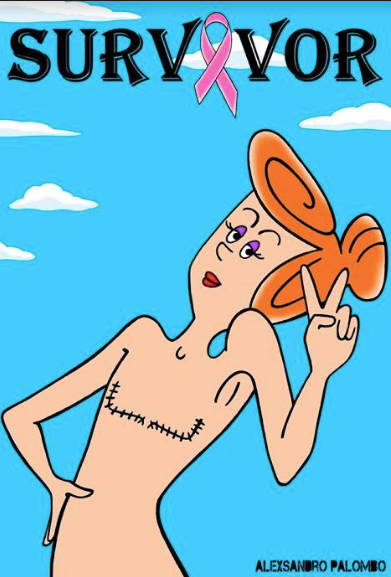 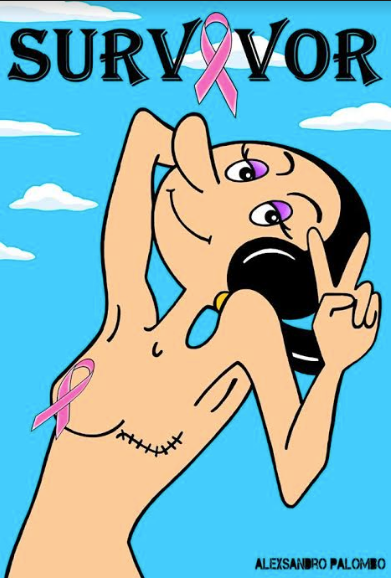 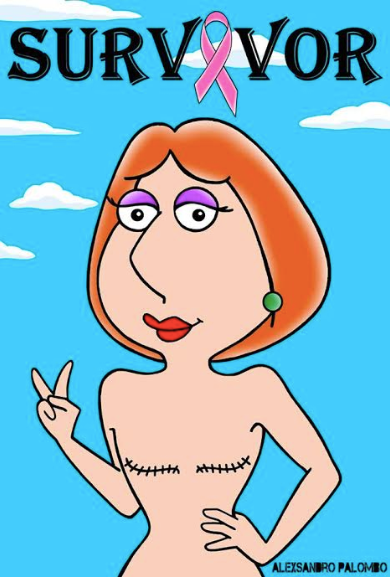 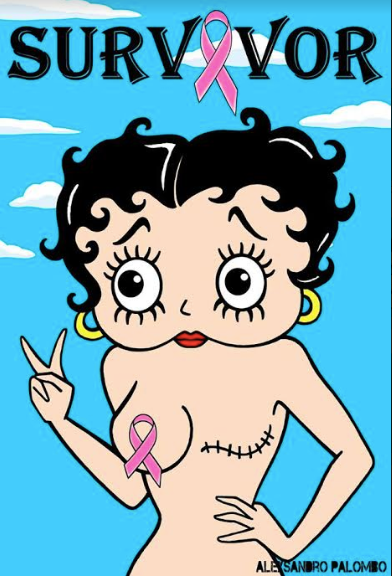 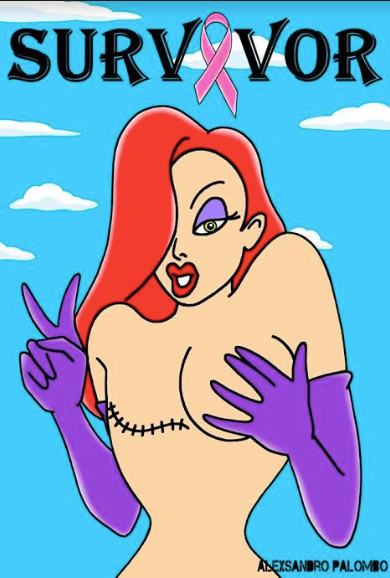 This Twitter thread proves that we can absolutely fight while in a ball gown!