‘This is America’, shitposts, and why not everything is meme material

Here at InqPOP!, we love memes as much as anybody. They are hilarious and are often able to represent thoughts and emotions so well that we can use them as reactions to certain situations. Also, they are just downright relatable. For example:

A certain meme recently became viral and controversial for replacing the audio of Childish Gambino’s “This is America” music video with the song “Call Me Maybe” by Carly Rae Jepsen. Watch the mash-up below if you haven’t seen it yet:

Does Childish Gambino’s dance moves match the Carly Rae Jepsen bop? Definitely. In fact, it’s amazing just how good the moves sync to the music. Did it make us laugh in the first few seconds? It really did. We can’t stress this enough: the choreography just really syncs so well with the song that it’s hard not to be impressed by the person who made the mash-up. But then we reached the end of the first verse and watched an unarmed man get shot in the head from behind while Carly Rae Jepsen sings the iconic “Hey, I just met you and this is crazy” line. We weren’t laughing anymore after that.

At first, the video didn’t seem that big of a deal. We’ve gotten so used to seeing scenes from music videos, movies, and tv shows turned into all kinds of memes—it’s almost numbing. We see a meme, have a little laugh, click like or tag a friend, and scroll down to the next one. This mash-up was just one of the hundreds of others that we’ve seen that day. 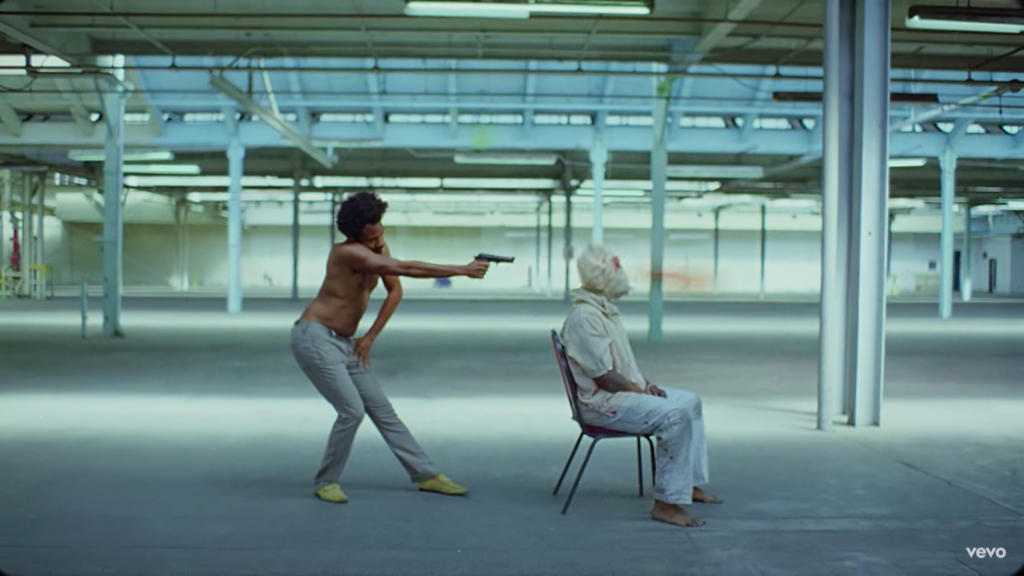 But really watch that clip, especially the shooting scene, with the Call Me Maybe audio. And while you’re doing that, keep in mind that in 2017, policemen killed a total of 1,147 people and that 25 percent of that number are black people—despite the fact that they account for only 13 percent of the population. Research has also shown that black people are three times more likely to be killed than white people.

Are all these people armed criminals? Hardly. In 2015, 30 percent of black victims were unarmed when they were shot.  Within 2018, The Washington Post reports that police have shot and killed 71 black people. One of them, Stephon Clark, was an unarmed 22-year-old man who was shot 20 times in his grandmother’s home. Police were reportedly responding to calls about someone breaking into vehicles in that particular neigborhood when they saw him. In less than 20 seconds after arriving on site, the police asked Stephon to raise his hands, mistook his iPhone for a gun, and rapidly fired a round of bullets before he could respond. For five minutes after shooting him, no officers approached Stephon or offered medical aid, instead still asking him to raise his hands. They eventually put handcuffs on his lifeless body.

Stephon’s death has caused national uproar and has been likened to the killings of other unarmed black men like Oscar Grant, Eric Garner, and Michael Brown—all of whom died at the hands of policemen.

Going back to the This is America/Call Me Maybe video: still feel like laughing?

Here is a black musician using his talent and his platform to portray the very real injustices that his people suffer to this day, and the internet turned it into a meme for the sake of laughs. Ironically, that’s exactly what the music video depicts:

The thing about memes and shitposts is that we use them as distractions from real life problems—and that’s fine. That’s what they are for. But as in all things, there’s a limit that you need to be aware of. Not all issues are meme material. Especially not issues like gun violence, police brutality, and racism, all of which are tackled and put on display in the “This is America” music video.

The mash-up creator LOTI said that he wasn’t “purposefully trying to be ignorant to the climate we’re in” when he created the video. He made the comment after several negative reactions about it appeared on Twitter. Read the full statement below:

“I just want to make this clear, my intentions weren’t to be disrespectful to the message of the song. There’s some very messed up things going on in America right now, racism wise. There’s no denying it. This is just a shitpost that spiraled out of control. I made it in 30 minutes and posted it to have a laugh with my friends. It’s not meant to offend, but for laughter. The original video for TIA caused a great conversation, and still is. But most of the energy surrounding it is negative. I wasn’t purposefully trying to be ignorant to the climate we’re in, but i think the fact that so many people of all races are enjoying this is something to look at. It’s just a meme made to laugh at, nothing else.”

That mixing Call Me Maybe with This is America shows me that white folks don't listen. This is America was for y'all asses. He basically gave you the answers to the test and y'all dumb asses still failed.

The call me maybe/#ThisIsAmerica dub is disgusting, shameful, and in very poor taste. This is exactly what that song is about. Not a good look for those who are sharing it. This isn’t about being woke. It’s about stopping for once to listen to those who are hurting. Being human

This is not to say that jokes and memes are always mindless when it comes to issues like these. Humor has a radical potential and can be seen as an act of subversion against the powers that be. In fact, comedians have been addressing racism and police brutality in their routines for many years now. One of the most popular examples would be when The Chris Rock Show made the “How not to get your ass kicked by the police!” segment.

The original music video by Childish Gambino has generated conversation about these important problems. And while the This is America/Call Me Maybe mash-up is just a meme “made for laughs” and was not meant to offend people, it is actually distracting people from addressing the real issues. And that is the whole point of the song. So the next time a viral shitpost appears on your feed, pausing to think before sharing wouldn’t hurt.

Professor recreates memes as response to students’ finals week baloney
Why cigar factories in Cuba have storytellers that read to their workers
These ‘Gumshoe’ sneakers are made from recycled chewing gum
How complaining about work can actually do you some good
Graffiti and copyright: Why big brands can’t just use street artists’ work without consent
Immigrant dad returns to the bookshop where he learned English to buy his son’s book