Rare is a man who can bridge all these things together, confronting love’s potential for heartbreak while singing about its greatest pains absent of all the bitterness. And such rarity comes in the form of Shane Filan, one of Ireland’s leading male vocalists, who is back in Manila once again to promote his third solo album, “Love Always”.

Six years had passed since Filan disbanded from the wildly popular Irish boy band Westlife as its frontman, and embarked on his journey as a solo artist. Uncertain the road ahead of him may have been, however, Filan has now found his footing as an independent singer, as shared in a press conference held in the Marco Polo Hotel in Ortigas, Manila last Feb. 8.

“I really feel comfortable now five years on. The first year was a bit weird, it was a bit scary, it was very new to me,” said Filan. “It just got better and better and the support I’m getting from the fans is growing every year. It’s going great.”

The “Love Always” album in itself was a long time coming, having been a collection of famous love songs Filan had always wanted to record for most of his life. “To get to finally record it and put it in one album, so many of these songs is like a soundtrack to my life when I was younger, so it’s a privilege to be able to sing them.”

One such song is Bryan Adam’s “Heaven”, which Filan calls his favorite track in the album. “It’s probably because I’m such a big Adams fan,” quipped Filan. “[It’s] a song I’ve had a big history with over the years.”

Apart from “Heaven”, Filan also included love songs which at once evoke a kind of speculative sensitivity and a sense of familiarity, ballads that have been heard perhaps many a time, leaving imprints to the listener’s memory. These include Adele’s “Make You Feel My Love”, Lady Antebellum’s “Need You Now”, Crowded House’s “Don’t Dream It’s Over”, and NSYNC’s “This I Promise You”, among others.

The conception of the album, however, didn’t come as easy as Filan wanted it to be. Apart from the taxing nature of the artist’s creative process, from meticulously picking out the songs for the setlist, to the sleepless brainstorming and throwing of ideas, Filan had to wrestle with the harshness of his perfectionism from beginning to end.

“I didnt put a song on there [the album] that meant nothing to me, all these songs I’m a fan of the singers,” shared Filan. “Even if it’s an original song or a new song or if it’s a cover version, I’m very picky with my vocals. When it comes to hearing the final mix of the song, I always want to tweak it or change it or do something or change the music.”

The making of the album also proved to be something new to Filan, as he found himself experimenting with a whole different side of himself while gathering all the threads of his entire life’s experiences to arrive at one big culmination. It was a realized pet project, an inspired ticking of the box instead of a grappling of his innner demons. Since it is the journey that counts after all, Filan decided earlier on to focus on the happier side of things.

“I just got to have a lot of fun, as I said I’m a singer, I love to sing great songs,” he expressed. “It’s like a breath of fresh air to sing these kinds of songs and it’s really good when you’re doing a concert. I think I came up with a very strong setlist for the album and yeah, it was an amazing process. I really enjoyed it because we just got to try out all these amazing songs.”

And as for the origins of his album title? “The album title is actually my autograph, love always,” Filan explained. “I always write with ‘Love always, Shane’.”

After manifold years of being a singer and hundreds of concerts under his belt, it’s easy for some to think that Filan’s used to the pomp and noise of it all, perhaps afflicted by the mundanity of routine and formula. This is where they are mistaken. Filan remains unwavering and relentless in his purpose to perform, driven by an undying hunger for his love for music—now made hungrier—as he continues to sing and sing and sing his ballads of love, with love, as always. 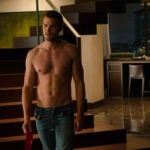 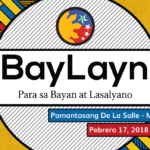