Toddlers & Tiaras star Kailia Posey has passed away at the age of 16. The star’s mother had been the one to confirm her death via a Facebook post.

“I don’t have words or any thoughts. A beautiful baby girl is gone. Please give us privacy as we mourn the loss of Kailia. My baby forever,” Kailia’s mother wrote.

Kailia Posey is known for being featured in Toddlers & Tiaras, a TLC reality TV series that focused on the families of children who competed in beauty pageant competitions. She was the little girl behind the photo of a giggling girl that went viral and eventually became a meme.

Kailia was a graduating high school student and was supposed to graduate with honors next month.

The unexpected death of the child star shocked many. Fans took to Twitter to express their grief and send their condolences to the star’s bereaved family and friends.

This is so sad. I never watched Toddlers & Tiaras but I love using her gif!
Parents, don't be afraid to talk to your kids about suicide. Tell them everything is temporary & it will get better. Let them know you will always love them no matter what happens.https://t.co/3vbNt7S3yO

Kailia Posey’s death just goes to show that everything is not what it seems when it comes to social media. So sad that she thought ending her life was the best way to go about things.

I just read that the girl from this meme, from "Toddlers and Tiaras" has died at the age of 16. Very sad.

This is awful news.

Terrible. Peace to her family.

I'm not into reality shows, but I just learned that Toddlers & Tiaras star Kailia Posey has died by suicide at age 16. Such a tragedy. Condolences to her family and friends. https://t.co/XjccHWQvns

In a heartbreaking interview, Kailia’s family revealed that Kailia had committed suicide.

“Although she was an accomplished teenager with a bright future ahead of her, unfortunately in one impetuous moment, she made the rash decision to end her earthly life,” Posey’s family told TMZ.

Kailia’s family and the Washington State Police did not elaborate more reasons behind her death. The family wishes privacy to mourn their loss. 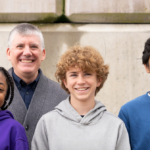 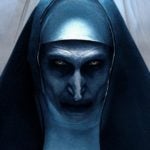