The Annual Grammy Awards (Grammys) is the biggest night for the music scene as people in this industry come together to celebrate and recognize the excellent works of musicians, songwriters, producers, engineers, and industry professionals.

Since its inception, Grammys have had their fair share of iconic and unforgettable moments through the years. From legendary performances to epic red-carpet moments and notable award speeches, let’s take a trip down memory lane and recall some iconic Grammys moments we’ve seen in the past years!

After thanking Capitol Records and her then-husband and manager Jeff Wald, Reddy concluded her speech by saying, “And I would like to thank God, because she makes everything possible.” While calling God a ‘she’ is no big deal in today’s time, it was considered a very bold move in the ‘70s.

Jennifer Lopez wears a ‘barely-there’ dress (2000)
After arriving on the red carpet with her then-beau Sean “Diddy” Combs at the 2000 Grammys, Jennifer Lopez became the talk of the town when she wore the famous ‘barely-there’ Versace dress exposing her cleavage and navel.

Lopez’s green dress—also known as ‘The Dress’—had gone viral when Google executive chair Eric Schmidt said that it inspired the creation of Google image search. In his essay, Schmidt wrote, “At the time, it was the most popular search query we had ever seen. But we had no surefire way of getting users exactly what they wanted: J.Lo wearing that dress.”

He then continued, “Our co-founders Larry Page and Sergey Brin — like all other successful inventors — kept iterating. They started with images. After all, people wanted more than just text. This first became apparent after the 2000 Grammy Awards, where Jennifer Lopez wore a green dress that, well, caught the world’s attention.”

According to MTV, M.I.A.’s contraction began when the awards show went on the air and during her performance, she was “having a contraction” while bouncing on the stage. They also revealed that M.I.A.’s then-fiance Benjamin Brewer made sure she did not go into labor backstage by timing the contractions. And just to be sure, the Grammys prepared an ambulance for her.

Days after performing at the 2009 Grammys, M.I.A. gave birth to a healthy baby boy.

P!nk raises the bar high with an aerial performance of “Glitter in the Air” (2010)
American singer-songwriter P!nk gave a jaw-dropping performance of ‘Glitter in the Air’ at the 2010 Grammys. The singer first appeared on stage donning a white robe. In the middle of her performance, she removed it and showed the tan and glitter bodysuit she was wearing inside. She then showed off her acrobatic routine and spun in the air while singing and being drenched in water.

Lady Gaga knows how to make a Grammy entrance…while inside an egg (2011)
Lady Gaga surprised everyone when she arrived at the 2011 Grammys inside a semi-see-through egg, carried by four people. The singer didn’t come out of the egg until her performance of “Born This Way.”

She later shared in an interview that she was inside the egg for three days. “I was in there for about 72 hours. It was a very creative experience,” she said.

Jennifer Hudson pays tribute to Whitney Houston (2012)
Just one day before the 2012 Grammys, news broke out that pop legend Whitney Houston had passed away at the age of 48. Houston’s sudden death left the world, especially the music industry, in mourning.

With this, the Recording Academy paid homage to the icon and tapped Jennifer Hudson to sing Houston’s hit “I Will Always Love You,” which Hudson sang with full of emotions and passion. Prior to Hudson’s performance, LL Cool J kicked off the show with a prayer for the late icon.

Queen Latifah officiates 33 same-sex wedding ceremonies (2014)
In 2014, Queen Latifah made history when she appeared on the stage during the “Same Love” performance of Ryan Lewis and Macklemore to officiate the weddings of 33—both gay and straight—couples. During the ceremony, Madonna also appeared to perform her 1986 hit “Open Your Heart.”

Taylor Swift gives a feminist acceptance speech and throws shade at Kanye West (2016)
The feud between Taylor Swift and Kanye West has never been more intense when the latter dropped his single “Famous” with a misogynistic verse mentioning Swift’s name and how he made her famous.

At the 2016 Grammys, Swift threw a subtle shade to the rapper during her acceptance speech for winning Album of the Year for her record 1989. She said, “As the first woman to win Album Of The Year at the Grammys twice, I want to say to all the young women out there there are going to be people along the way who are going to try and undercut your success or take credit for your accomplishments or your fame.

“But if you just focus on the work and you don’t let those people sidetrack you, someday when you get where you’re going you’ll look around and you will know that it was you and the people who love you that put you there. And that will be the greatest feeling in the world. Thank you for this moment.”

Not only did she throw shade at West, but Swift encouraged young women to follow their dreams. Her speech was later used in the 2017 Grammys ad.

James Corden hands out puppies as a consolation prize (2018)
In 2018, late-night show host and comedian James Corden handed out puppies to the nominees who didn’t win and took home the coveted gramophone.
Corden said, “I should say to all the nominees that who are not going home with a Grammy — I don’t want anyone to be upset tonight so the good news is nobody goes home empty-handed because all night we will be handing out consolation puppies. So if you don’t get a Grammy, you get a puppy.”

Volunteers then appeared and gave some puppies to the nominees for the best comedy album category.

However, after Corden’s stunt, other people took their concerns for the puppies’ welfare, including animal rights charity PETA. PETA tweeted, “Very disappointed that the #GRAMMYs chose to gift puppies as a joke. Animals are toys #AdoptDontBuy.”

According to Teen Vogue, Kesha’s song “Praying” was believed to be about “her experience as a survivor.” In 2014, the singer filed a sexual assault lawsuit against her former producer Dr. Luke, in which she has accused him of drugging her, and emotionally, physically, and sexually abusing her. Dr. Luke had then denied her claims.

Kesha’s powerful performance and the artists’ all-white getups were also believed to be associated with the #MeToo movement and Time’s Up initiative. 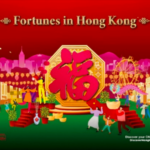 Hong Kong welcomes the year of the Tiger 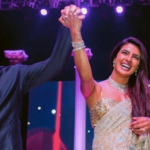