On January 21, the couple happily announced on Instagram that they have welcomed their first child. Priyanka happily shared her and Nick Jonas’ road to parenthood.

Jonas and Chopra have been married since 2018, and the couple have expressed wanting to start a family. And to our surprise, they have announced joyous news about their journey to becoming parents in an Instagram post. Their first child, a baby girl, was born on January 15 via a surrogate. The couple requests for privacy as they want to focus on the start of their family.

Chopra shared that she hoped to have children. “[Kids are] a big part of our desire for the future,” Chropra expressed. “By God’s grace, when it happens, it happens.” On the cover story of Vanity Fair, Chopra was asked about their lives as they seem busy with their projects, to which Chopra answered, “No, we’re not too busy to practice,” explaining that she is willing to “slow down” her career commitments when they welcome a child.

A music management source shared that the singer and actress are very much prepared for the new challenge since they have been longing to be parents. “Now is their time, and they could not be more ready to raise a child” they said.

Nick and his brothers are overjoyed with the announcement and have been wanting Nick to become a father and add more kids to their family. Nick and Priyanka’s newborn will soon be joining her cousins Valentina Angelina and Alena Rose (Kevin Jonas’ daughters), and Willa (Joe Jonas and Sophie Turner’s baby girl). 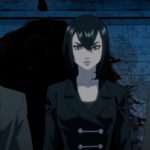