The Ateneo Economics Association (AEA) proudly presents VIA: Never Apart; the continuation of Valentine’s in August’s dedication as an instrument of love and friendship, and to become the bridge between loved one’s during the pandemic. VIA: Never Apart will officially launch on November 30 to December 5, 2021, and will end with a Benefit Concert on the last day to further support their event beneficiaries. Find out more about the event on Facebook https://www.facebook.com/ValentinesInAugust.

Since 1960, the Ateneo Economics Association (AEA) has aimed to initiate economic discourse to a greater audience Among the many projects lined with this objective is Valentines in August (VIA), which originally sold flowers during August to create an artificial demand. This event also became an instrument to spread love and friendship within the campus. For over 30+ years VIA has become a beloved Atenean tradition and extended as a welcoming for the new batch of freshmen every year.But, because of the pandemic, VIA had to rethink a way to manifest similar emotions, while considering an economic aspect. 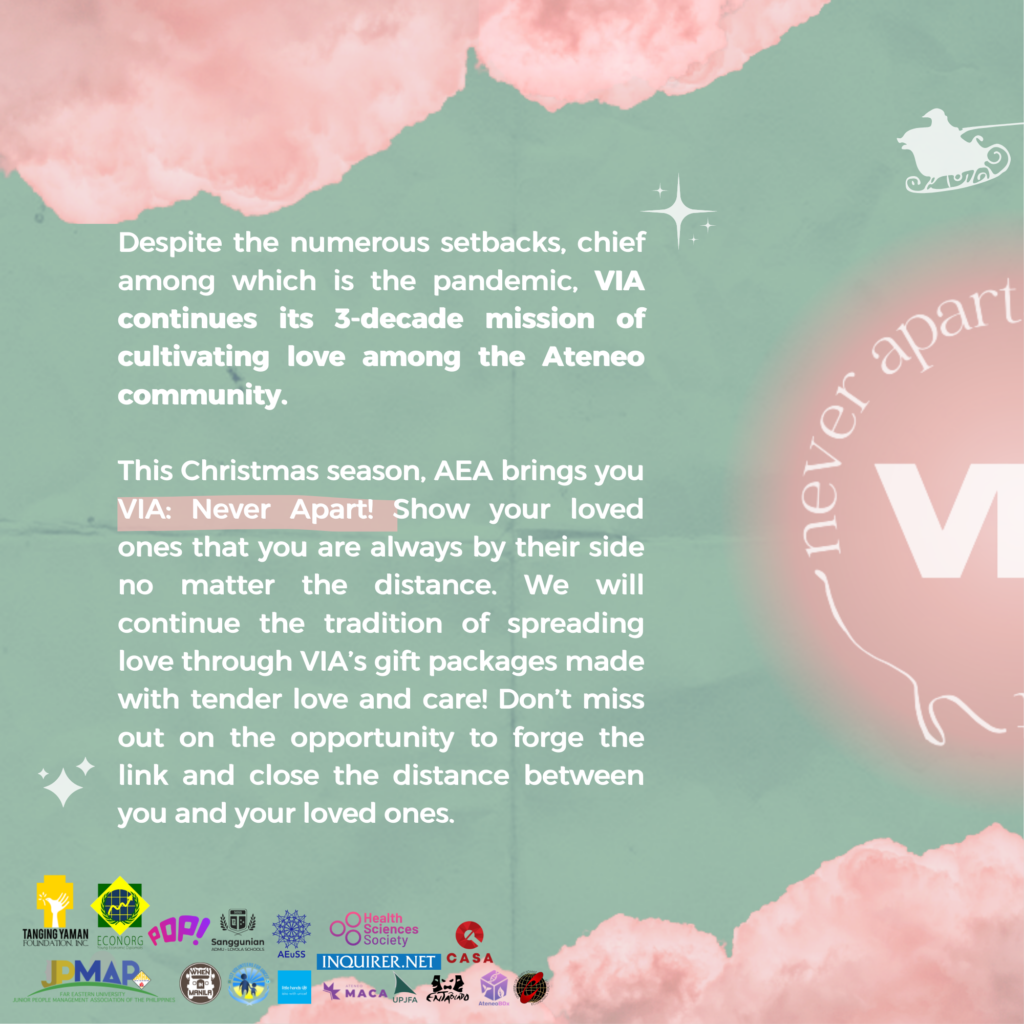 Last year, the organization launched VIA: Cares, which centered around self-care and providing comfort to retain its commitment of love. It has shifted from a fundraiser to a more purpose driven social event that extended love to its chosen beneficiary, PARA!KayManong. Jeepneys played a big role in Katipunan, so it made sense to be there for the drivers who provided transportation for us students during face to face classes. 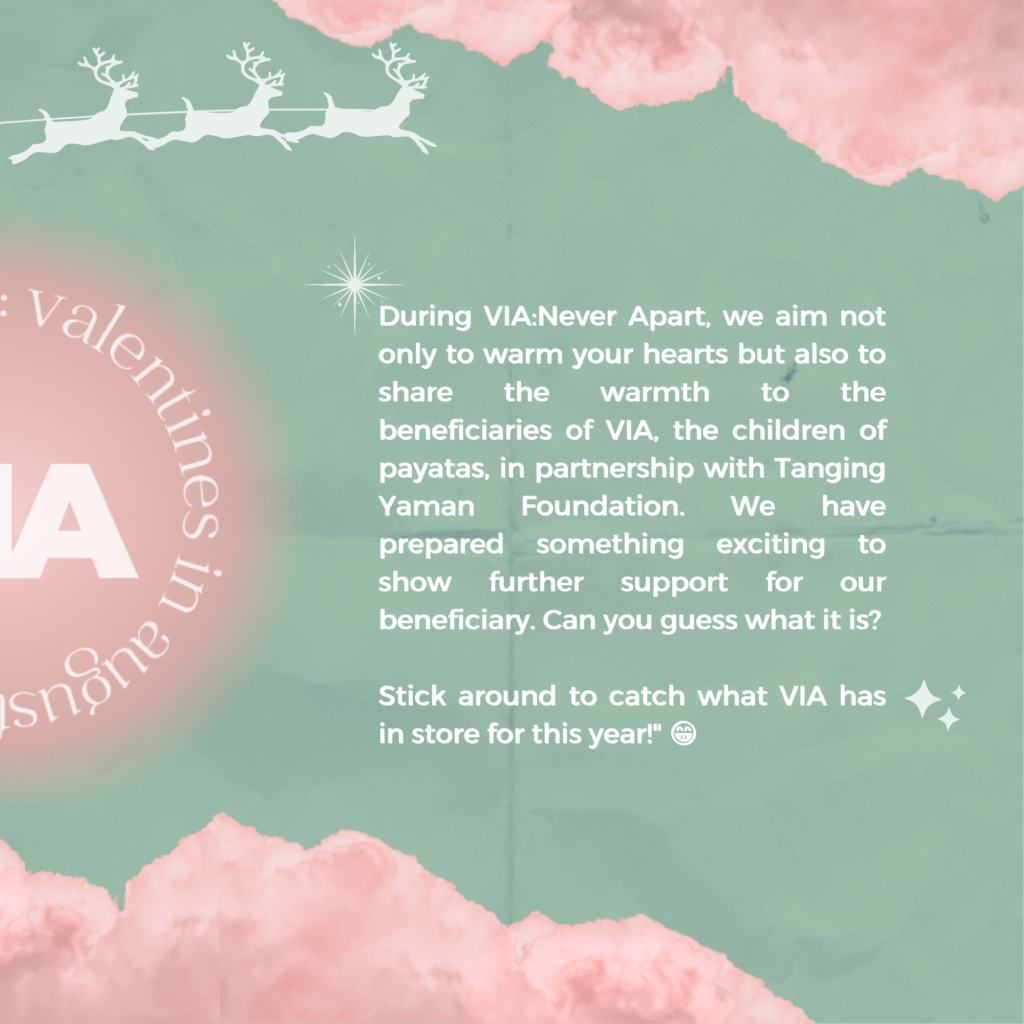 For this year’s VIA, the team decided that love should be augmented to farther places and audiences. With the theme – VIA: Never Apart, the organization intends to warm the hearts of many this Christmas Season. It will be focused around connection and nostalgia, through selling gift packages and the virtual concert. In line with the theme, VIA’s objective is to not only to further provide the VIA love to its audience, but also to the children of Payatas through Tanging Yaman Foundation. Today, they face challenges such as adapting to online classes and struggling to cope with their respective health conditions. VIA wishes to support them through both monetary and gift donations via our event. We hope that many will come and support the children and celebrate the holidays with VIA.

UP Radio Circle’s Elevate returns for its 10th year