BTS fans found their fan accounts getting kicked out of Twitter after being flooded with copyright infringement notices. But here’s the thing — the complaints didn’t come from the K-pop group, rather they came from Team Copyright, a Bangladesh-based Facebook group filled with trolls.

The group had targeted BTS fans with an elaborate copyright claim scam. Members of Team Copyright saved photos from BTS fan accounts, reposted them to their own websites or Flickr accounts claiming these photos as their own, and changed the dates on the photos so they would predate when they were originally uploaded. They then reported these accounts under the pretense that these fan accounts had “stolen” the photos from them. Their fraudulent copyright claim then resulted in getting the targeted fan accounts either kicked out of Twitter or sent a Digital Millennium Copyright Act (DMCA) takedown notice.

But why target BTS fans? Members of Team Copyright believe that the BTS fandom is “toxic” because they support LGBTQ rights and atheists, so the team has made it their mission to take down BTS fan accounts, one copyright claim scam at a time.

Team Copyright consists of over 800 members, many of which appear to be profiles of men from Bangladesh. Previous posts on the group’s Facebook page has shown that some members have made ableist comments and previously targeted a sex worker. The group used Facebook to pick which BTS fan account they would target, and also to brag about the fan accounts that they had successfully gotten suspended.

But it turns out that the trolls weren’t going after only the fans of the K-pop group — Team Copyright even went after the official BTS Twitter account. Selfies of BTS members Suga and RM were taken down from the platform after trolls used the copyright scam on them, but the photos were later on restored.

Other fans were also hesitant to report the abuse, as it poses a real-world risk for them. Filing a “DMCA counter notice” on Twitter requires filling out a form including personal information — full name, home address, phone number and email. The form is then sent to the person who reported them. Because of this risk, a lot of fans are choosing not to speak out against the abuse.

The online harassment began in September, when a Facebook page for Bangladeshi BTS fans started getting disturbing messages. The harassment happened as misinformation went viral — there were fake claims that BTS was anti-Muslim.

However, according to a Bangladeshi BTS fan account, while Team Copyright started the online harassment on Facebook, they immediately moved it to Twitter when they realized that BTS fans were more active on that platform.

The scam didn’t go unnoticed. The Team Copyright Facebook page was eventually removed from the platform.

“We do not tolerate bullying and harassment because it prevents people from feeling safe and respected on Facebook. We have removed this Group and Page for violating our policies,” a spokesperson from Meta stated. 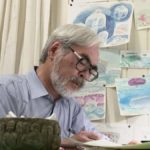 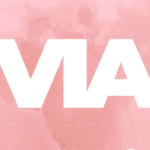