On November 15, 2021, CJ E&M revealed some big announcements about the upcoming 2021 Mnet Music Awards (MAMA 2021)—from its concept, evaluation criteria, host, and performances. These announcements then lead to the question,

Mnet Chief Producer Park Chan Wook announced that South Korean boy band Wanna One will be reuniting for a performance in MAMA 2021. For context, Wanna One was a boy group formed by CJ E&M from the second season of the reality idol trainee show “Produce 101”.

Wanna One drew in a lot of impact during the time they were active, winning several “Newcomer” awards in award ceremonies and releasing hit songs and EPs left and right, until their final concert, “Therefore 2019” and their disbandment.

Wannables, the fans of Wanna One, and other K-Pop stans were immediately overcome with joy after hearing the news. Back in 2019, everyone in the K-Pop world was saddened by the boy group’s disbandment, because of how much the boy group had become loved for their songs and their journey to debut as K-Pop idols.

Here were some reactions to Wanna One’s reunion in the upcoming 2021 MAMA:

HAPPY 1.9M VIEWS TO THIS ICONIC STAGE OF WANNA ONE IN MAMA!! LET'S REACH 2M BEFORE THEIR REUNION

wanna one, to regroup after 2 years to attend MAMA 2021???????
to meet fans all around the world with more powerful and energetic stage at MAMA
planning to put on special performance

Wanna One Confirmed To Attend 2021 MAMA

IT SHOULD BE LIKE THIS ON DEC 11 MAMA 2021 ISTG!!!#WANNAONE #워너원#WANNAONECOMING#WANNAONEISBACKpic.twitter.com/SQcB356qHS

Jaehwan also confimed their MAMA special stage on the bubble app the other day. He mentioned about performing there as a group and asked the fans on what they think about it 🙂 @WannaOne_twt

this could've been avoided if Mnet to the least, being considered, would've given AB6IX, CIX, specially NU'EST a good 12 minutes out of their +3 hour show, to let them perform. they OWE C9 entertainment, they owe Baekho, even they owe Wanna One to make this year's MAMA relevant.

As much as I’m excited to watch Wanna One on stage, I’m also super excited to see them sitting together in the audience and doing the red carpet as a team.

Wanna One at MAMA was always such a moment. They’re such clown energy. pic.twitter.com/XpBweyqsCR

Aside from Wanna One, CJ E&M also confirmed that Ed Sheeran and the dance crews of “Street Woman Fighter” will also be performing at the awards show. 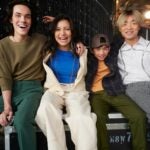 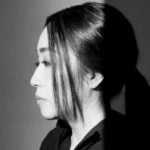