(Editor’s Note: This article has been edited to reflect updated information about Yasmin Marie Asistido)

Dale Carnegie’s How to Win Friends and Influence People, published in 1936, is a self-help book that boasts of over 30 million copies sold worldwide—making it one of the best-selling books of all time. Carnegie’s bestseller includes tips on how to get out of a mental rut, setting new visions an ambition, winning people to your way of thinking, to increase one’s influence, and eventually increase one’s income potential. This Carnegie classic in paperback has been a public favorite and has been part of required reading for some schools.

But some Filipinos who haven’t heard of Carnegie or find his book too deep and too old-school, would rather turn to the online space for “influencers”. And being immersed on this extremely powerful platform called the internet (whether for work or socialization, given the stay-at-home policy), Filipinos know that at any given time, anyone could go viral–and famous.

“Kween Yasmin” has slowly risen to internet stardom just by being herself: intense, clueless, silly, hilarious. To date, there are more than 100,000 on YouTube, almost 150,000 on TikTok, and more than 300,000 on Facebook “Yasminnatics”.

She was even a Viva Artist Agency talent at some point, but has since terminated her deal with the said management.

If you are wondering who is she and why does she have this massive legion of fans, that makes the two (hundred thousand, probably) of us. Her videos include make-up transformation, dance numbers, song covers, personal confessions, and more. One of her most popular videos is the action-packed martial arts demo, an Acting 101 and her “Lalaking Manloloko”, her cover version of Ex-Battalion song Hayaan mo Sila. Whatever she comes up with, Kween Yasmin’s clueless, chaotic but inspiring energy is everything and more. 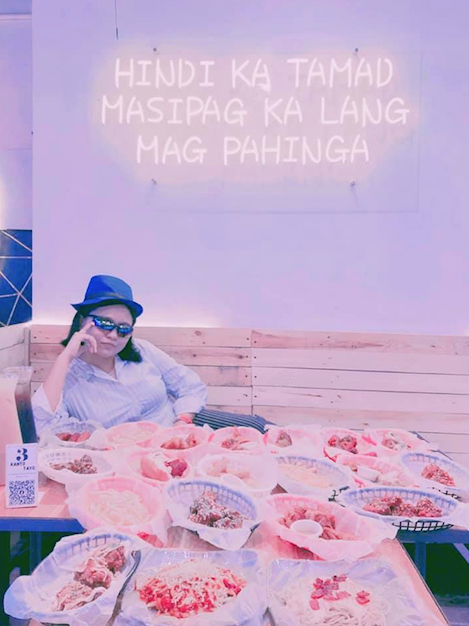 Behind her comical videos that have kept Filipinos online entertained are stories that will make anyone her age cry too. This content creator and social media personality would have been in a second-year college student by now, yet she decided to quit school because she was bullied for being not too pretty and good enough. She confessed how someone pushed her down the school stairs and how students scoffed, threw things at her, called her names, and even physically hurt her. These relentless bullying caused her emotional and mental distress, so she decided to drop out of college even when she was doing really well with her studies. Given the chance, she still wants to finish her college education but meanwhile, providing for her family is her current priority.

This internet royalty has conquered the virtual space since 2018, and her bullies have morphed into online bashers, with some even cursing her and threatening to harm her. Even when she posts how tired and hurt she is by negative comments thrown at her, she continues to kill people with kindness, by wishing them blessings and relentlessly giving off good vibes.

Aside from her funny pictorials, OOTDs, and dance moves, Yasmin will be remembered for one of the most hysterical moments in the online community: she went viral for not being able to join her own virtual meet and greet! Also tagged as the “All-purpose kween” Yasmin scheduled a virtual meet and greet one weekend but was locked out of it. As she posted in her Facebook: “Guys sorry, gawa ako new Zoom Link for meet and greet later. Kasi po yung host hindi po makapasok pati po ako. Haha. Dahil Puno na raw, 100 participants lang kasi available,” the internet sensation wrote. “Dapat pala una akong pumasok sa zoom.” (Sorry guys, I will have to make another Zoom link for the meet and greet later because even as the host, I could not get in since it’s already full. It has reached its
maximum capacity of 100 people. I should have entered first.) That post garnered more than 50,000 laugh reacts, almost 5,000 comments, 10,000 shares. She also created a song about it entitled “A Zoom to Remember”. Recently, she invited netizens to her birthday concert and because she has learned from her amusing failed fan meet, she has, this time, switched to Zoom premium, a guarantee for everyone that she could actually be able to join.

The Kween is currently busy with more song covers, jaw-dropping mem-worthy photoshoots (where she dons colorful pambahay attire, complemented by umbrella, boots, baskets) of her own choices. which she aptly calls “campy fashion”. Well, she has done a good job.

Some might regard her rise to fame as luck. Some believe it is destiny. Yasmin has surely achieved her goal of making other people happy because of her videos that have made thousands of netizens laugh just by being in her most natural character. She is living her own truth, loving her own skin and continues inspiring girls her age who, like her, are not celebrities yet dream of influencing people by radiating nothing but laughter and good vibes.

To this we stan her: Yasss, Kween Yasmin!

Revisiting the music of Vanna Vanna, the Philippines’s R&B girl band of the 90s 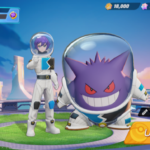 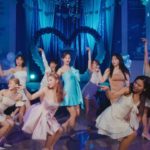