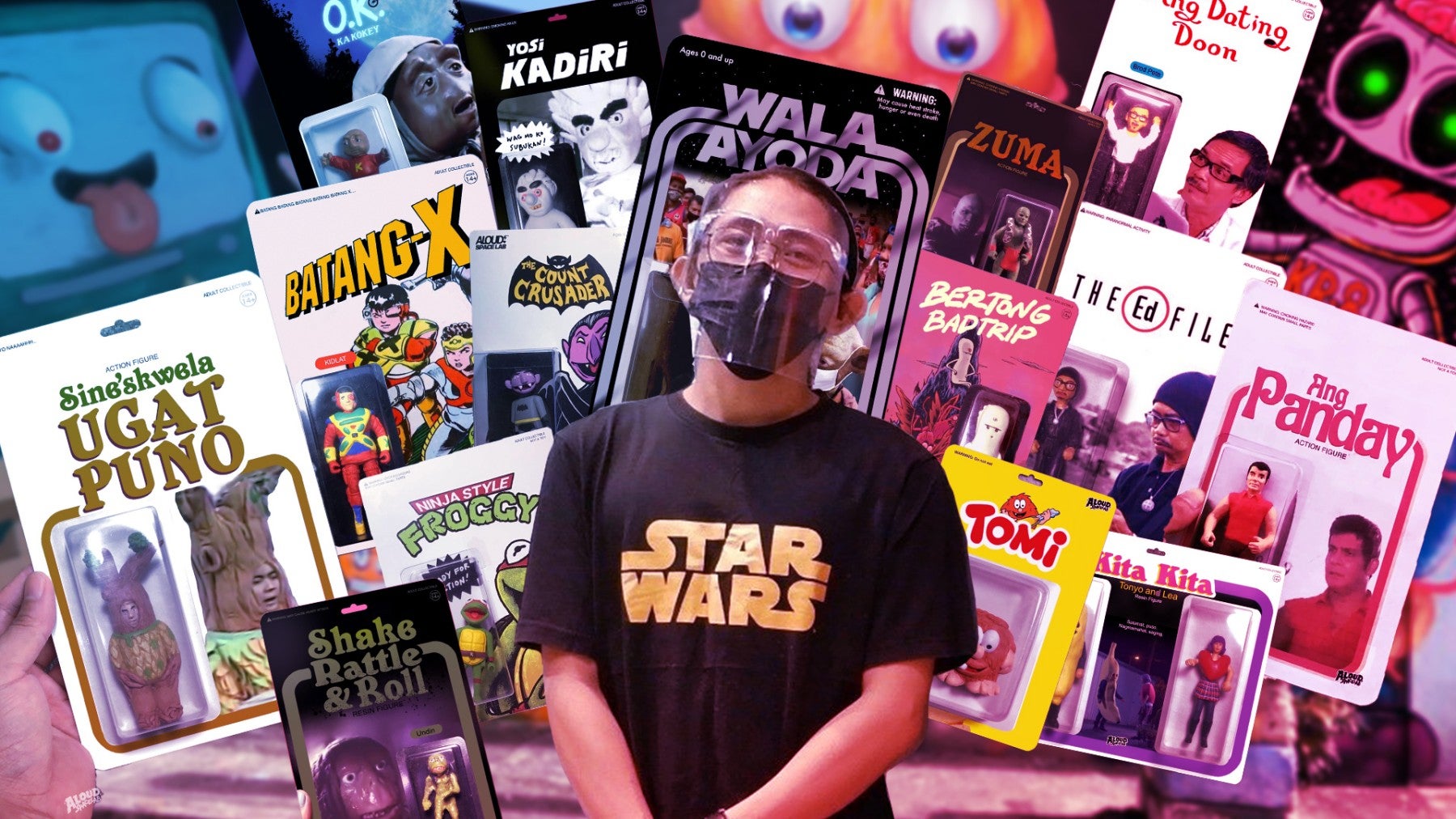 Toys always hold a special place in our hearts because they connect us to a distinct childhood memory. For die-hard toy fans and collectors, their quest has led them scouring second-hand and bargain-bin stores, and even through the internet for that much sought-after bust, die-cast, or resin replica of their favorite action figures and retro toys that all scream pop art.
The Pop Art movement gained popularity in the 50s, dating back from the good ol’ days of Roy Lichtenstein, Andy Warhol, and their counterparts. Today, it has grown and evolved with the times and has continually adapted to trends—remaining or recurrent. Pop art is so widespread because of its interesting two-pronged essence: the use popular and relatable imagery to create masterpieces, and the use of techniques of mass printing and production to create editions of the same art piece.

One seemingly hilarious but unique category in pop art toymaking is called Bootleg toys. Yes, they are knock-offs of your favorite superhero, action figure but are nonetheless expressions of pop culture of a certain place and ear. Like the proverbial elves in Santa’s workshop, bootleg toy makers around the world are engaged in cranking hand-crafting figures and games for all of the world’s children. Some of them may be seen sold by street vendors and thrift shops, however some genius elves have created one-of-a-kind pieces that are so exclusive to a period of our past that is difficult to forget. The rise of these toys has gathered a community of bootleggers who have a knack for collecting limited edition of these amusing bootleg toys.

In today’s world of Funko toy collectibles, Legos, unique life-sized statues and hand-crafted busts reign, there exists an alternate universe—even right here in the Philippines—where bootleg toys are considered rad stuff that are unique, with tongue-in-cheek comical, and even nostalgic. Welcome to the undiscovered bootleg playthings of Bryan Reynald Antonio’s Aloud Space Lab.

Be rad not bad

Like any artist, Antonio traces his humble beginnings to the day he started drawing using pencils and crayons when he was a kid. He then moved up to using oil pastels for school posters, and proceeded to making Manga and famous anime characters, but always assured everyone that his first drawing is surely a stick figure and some cartoon characters. Going by the moniker “Humbly”, 33-year-old self-taught illustrator is the guy behind the legendary bootleg toys inspired by Filipino pop culture especially of the 80s.

His bootleg handiwork, including his visual art exhibit, commissioned street art, and other merchandise, are the real stars of his Aloud Space Lab, a space that “allowed” him to experiment and create. Antonio’s bootleg works are particularly inspired by Sucklord (among many other bootleggers)—a salty pop artist whose bizarre bootleg toys are handcrafted in his New York-based studio called the “Suckhole”—and soon, Antonio started making his own home-grown bootleg toys in 2018.

“Almost four years ago, I realized how I haven’t seen anyone create Filipino pop culture-inspired bootleg toys yet, so I produced my own. A friend helped me online, and I watched videos on YouTube so I could learn casting resin techniques and make multiple copies of the toy,” skateboarder-artist Antonio revealed. The first bootleg piece which he produced was Count Crusader—a mash-up of Sesame Street’s The Count and the character of Count in the mobile game, Crusader Kings.

His father, being his greatest influence, taught him to draw and do letterings when he was young, and soon, he has found his niche in bootleg toy-making. He then added to his first few character concepts which has become his personal main characters including Robot KR-8 (a fictional character robot drawn as a simple tin can with a brain enclosed by a dome-like clear glass), Tomi (the character mascot printed in the packaging of an 80s sweet corn-flavored chips), the mutant Ninja-style froggy (a frog dressed in Teenage Mutant Ninja Turtle character), and the very interesting Cyburg Greg (your ordinary next-door neighbor Greg turned into a Cyborg-burger).

Antonio confessed that his inspirations are a mishmash of elements from his past to present, sci-fi, fantasy, retro-futurism, comics, vintage toys, the punk rock era and horror films, but mostly of the 80 to 90s pop culture as evidenced by his funny but endearing renditions. A standout is his version of Undin, a slimy monster that starred in the movie Shake Rattle and Roll 3. From what I remember, Undin was a character in the film Shake Rattle & Roll 3. This water-nymph that lives in a lake and when one disturbs her eggs or takes them, she finds a way to the homes of her perpetrators, climbs through the family’s toilet bowl (gross!), and kills them with his poisonous saliva. Personally, I found Undin as all sorts of the ugliest and slickest creatures and it has actually become a rather unforgettable horror character of my own childhood. But seeing Antonio’s Undin bootleg toy makes me want to have it!

Other bootleg pieces that further placed Antonio in the limelight are the 90s Yosi Kadiri mascot; the character Kidlat in Peque Gallaga’s Batang X; the original Ang Panday, featuring FPJ; Zuma (a Filipino comic book demi-god who has a two-headed snake resting on his shoulders); Manix Abrera’s bizarre fictitious character Bertong Badtrip (known for always comically glorifying negativity), and Ugat-Puno, Siniskwela’s talking tree-stump which was a cherished character of the 90s educational TV.

However, Antonio has also bootleg creations that border on the controversial, hilarious, and oftentimes, heart-wrenching. Take for instance his depiction of the famous drug store cashiers and the telecommunication company (with funny connotations) and his blood-stained “to serve and protect” character, the cute dwarf in Dingdong peanuts. Proving that he was truly influenced by his choice of entertainment, Antonio also created some unforgettable television and movie characters like Kokey of Okay ka, Kokey; Bubble Gang’s/Ang Dating Doon’s Brod Pete (Raise the roof! Alien!!!); KMJS’s official paranormal investigator Ed Calauag; and the Saging and Puno (Banana and Heart) characters of the hit movie Kita-kita. Antonio personally gave this specific bootleg collectible to Alessandra de Rossi, who played the blind Lea in the movie. 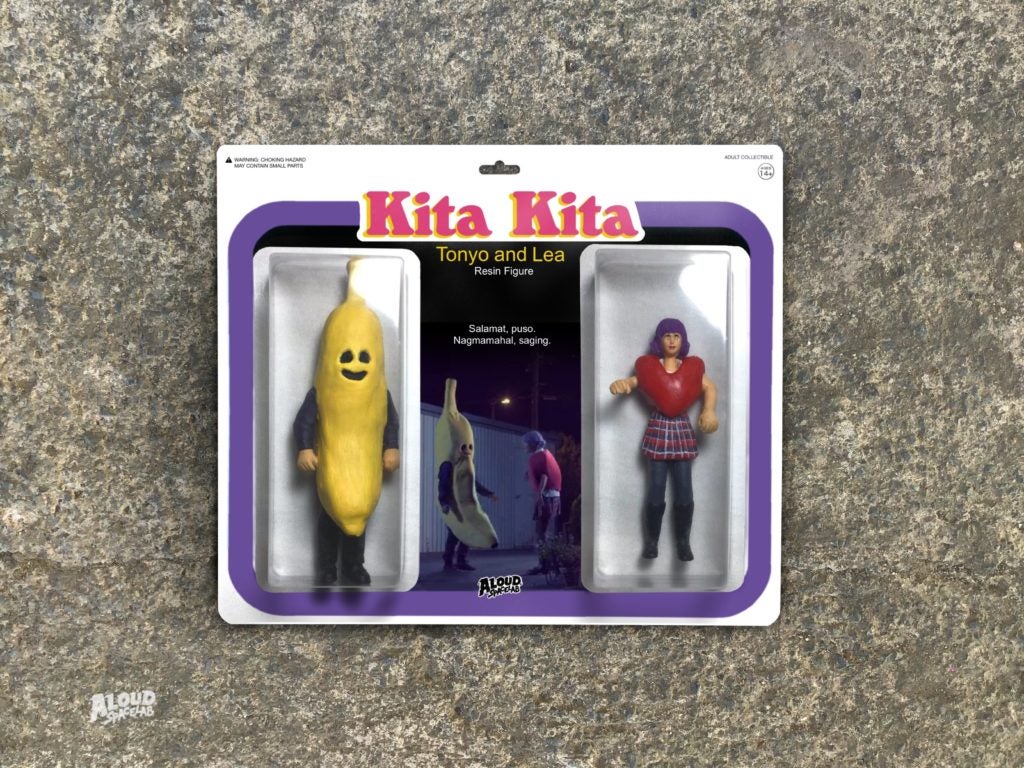 But perhaps one of his most popular handcrafted toys, which also poses a relevant socio-economic notion during this global health scare, is his parody of Star Wars’ Yoda. Antonio printed the character wearing a mask and with hands outstretched. Surprisingly, the box has nothing inside it…zilch. He named it as “(Mga mars!) Wala Ayoda”. 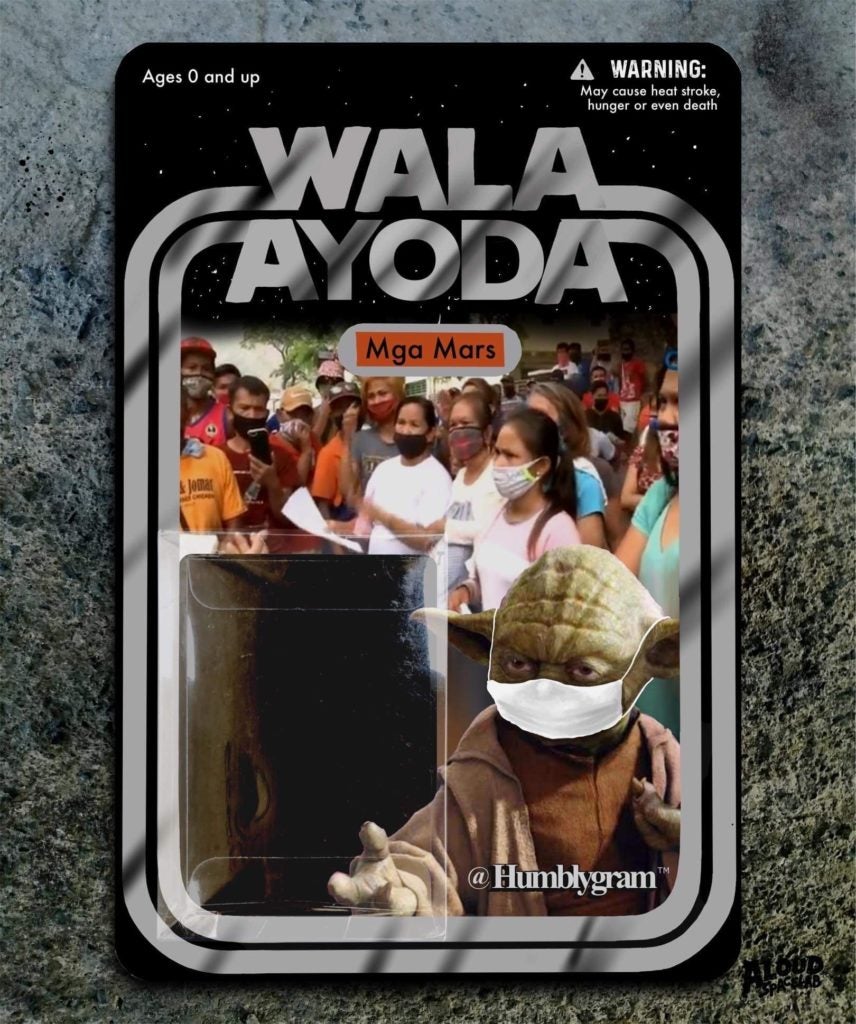 “My art is categorized as lowbrow art; it’s a movement whose roots are of underground comix, punk music and hot rod culture. I also do street art murals, a visual execution I render on public wall surfaces and it’s not limited by just painting. Sometimes I use wheat-paste, stickers, and stencils. All these can be a voice or expression of the artist that may convey a message,” Antonio explained.

Lowbrow art, as an underground visual art movement, was popularized in the late 1960s. It is considered a populist art movement with its cultural roots in underground comix, punk music, tiki culture, graffiti, and hot-rod cultures of the street. Also known as “pop surrealism”, lowbrow art often has a sense of humor that is altogether gleeful, dejecting, impish with hints of sarcasm, as depicted in Antonio’s bootleg toys.

However, his handiwork is not limited to bootleg toys alone. In fact, aside from his commissioned street art (murals), he has recently concluded his 5th solo exhibit billed as “Happy Together” last month, to celebrate positivity and to remind his audience to, even with the current pandemic crisis, enjoy the moments as they come with their loved ones.

Antonio’s Aloud Space Lab has become a popular mainstay in art conventions and exhibits abroad (“I haven’t personally attended one, but my artworks have been there; it’s quite interesting and it makes me proud of my work!”) and he is looking forward to collab with his bootleg icon soon. Meanwhile, Antonio’s handiworks continue to bring back a part of our nostalgic childhood, showcased in @aloudspacelab and @humblygram where a mélange of toys, tees, and other smashing stuff are made from the heart and fueled by his passion to be rad, not bad.

Bootleg art and the unique language of pop culture

People buy toys because they can now, and to fill the gap of a deep-seated imagination of a dream toy they didn’t get to have during their childhood. But for bootleg artists whose creative minds are beyond this realm, they buy or create, yes…mashed-up bootleg toys that speak to us, in our personal language.

More than the skill that goes into each iconic piece (from scratch to resin, to prototypes, polymer, and epoxy clays) lies the brilliant concept, the boldness of the message, and the artist’s desire to create and recreate new toy concept (often dashed with a little sarcasm)—making nostalgia that is deeply-rooted in our childhood, a little lighter to bear.

This proves that bootleg toys are not just mere playthings and bootleg artists are a special class of creators who deserve a special plinth as they continue to remix, reference, and make their own “talk-back” to pop culture with a language and a message that seem unconventional but appropriate to those who can hear, understand, and appreciate it.

Bootleg toys are considered creative and brilliant reboots to the characters that we already know and are indeed contributing to the universal language of pop culture. They are, in fact, adding to the pop culture’s legacy, in a way which most people can relate with, understand, and afford.

If bootleg toys are borne out of a process of reminiscing, recollecting, and rebuilding of the mashed-up past we have glorified, then this art deserves the biggest bang than just a mere pop. 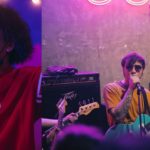 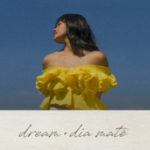